Eight-year-old Cameron Freeman has had a rough year with a rare diagnosis - one only he has ever received. So, a non-profit and a baker wanted to make his day. 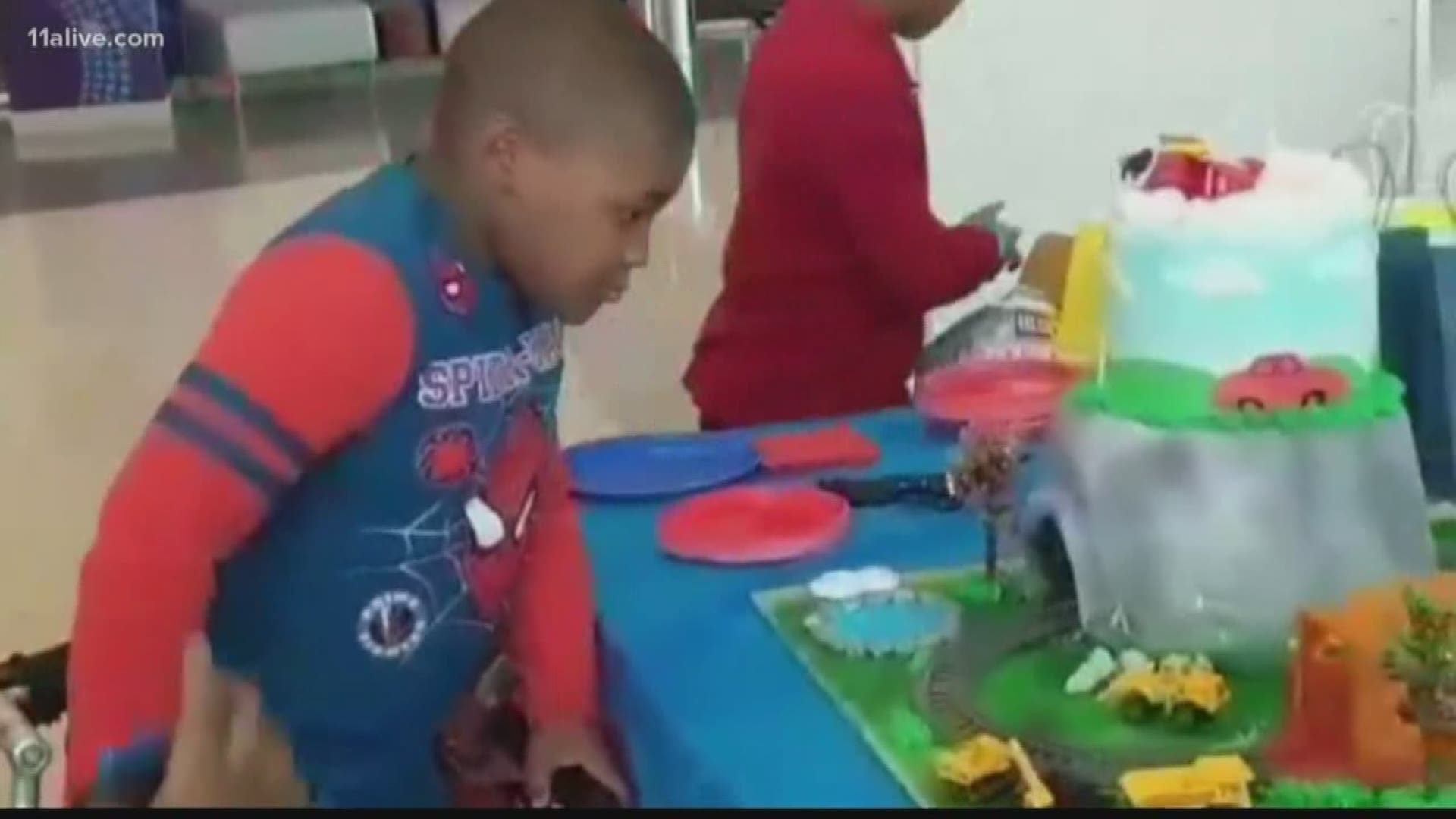 ATLANTA — Every kid wants their birthday to be special. But this year, 8-year-old Cameron Freeman has been singled out for all the wrong reasons.

After years of frustration, he was finally diagnosed with KIF1A, a rare genetic disorder. Doctors told his mom, Charisma, that he is the only person in the world with that specific mutation.

His future looks scary and uncertain, so, when he turned 8, his mom wanted just one day when he could really feel like a kid. A baker in Atlanta made sure that dream could come true.

Cameron's mom said he was actually turned down by Make-A-Wish because his condition is so rare, the people who run the program didn't know enough about it to approve him.

So his mom found Icing Smiles, a non-profit that works with local bakers to give kids with critical illnesses a once-in-a-lifetime cake to celebrate their birthday.

"I measure like we do in the South, everything is by our eyes," Amanda Gifford said.

Her kitchen is stocked with the good stuff.

"I got my other secret weapon, which is buttermilk," she said.

With secret weapons like these - and a few songs - she bakes.

"I like to sing when I'm baking, usually, but I'll try to spare you," she told 11Alive's Kaitlyn Ross.

She always loved making cakes, but when she heard about Icing Smiles, she loved their mission even more.

"I fell in love with the idea of it because I have always said, I want what I do to matter," Amanda said. "I want to be able to help someone."

Just after she signed up for the program, she got Cameron's name. After the year he'd had, his mom wanted his upcoming birthday to be something special.

"I wanted to see what he was going through, understand where he's coming from," Amanda said.

"She calls me and she's like extra excited," Charisma said. "She's like, I read your blog, I read up about KIF1A. I have never heard of it, so I wanted to know all about it."

Charisma spent time talking to the baker about his condition and who he is as a kid.

"I know it sounds completely random to put all of this, these things, on a cake, but she said, 'No, no I am taking notes, I am going to get this right'," Charisma said.

Cameron flipped when she delivered the custom Thomas the Train construction cake to his birthday party. He loved the cake so much, he insists on watching the video of it every day at home.

His mom said that the cake was everything they needed.

"It was just one day when we didn't have to worry about diagnosis and sickness and hospitals," she said.

Amanda delivered the cake herself. After spending so much time thinking about what Cameron would like and how to make him smile, she had to see the look on his face when he saw it.

"That's how you know it's a good dessert," she said. "When it's baked with love."

Cameron's family is grateful for the cake, of course, but also for the time and attention Amanda paid to Cameron and his diagnosis. KF1A is so rare, doctors think only 200 people in the world have it - and Cameron's is a completely new mutation.

So teaching people about their son means the world to them.

'We're still together.' Teen poses with best friend in senior photo - two years after her death