The video received more than 8 million views and thousands of shares around the world, according to the police department. 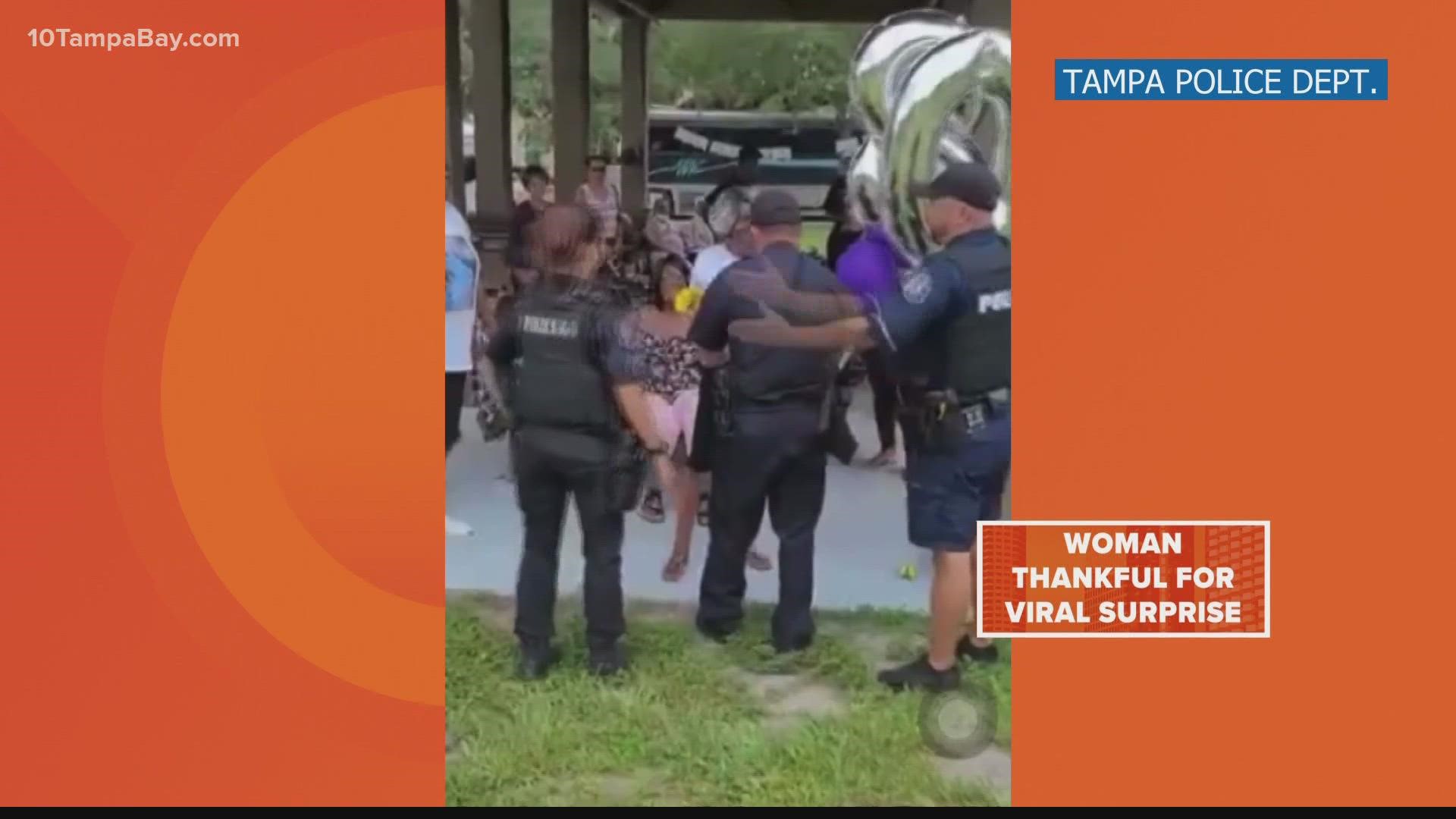 TAMPA, Fla. — A Tampa woman had nothing but kind words after officers surprised her on her 80th birthday.

In a now-viral post, Tampa Police Department says last Monday, Aug. 23, officers noticed a woman setting up decorations at a park for her mother's 80th birthday. Police say the officers left the area and returned with flowers and balloons to surprise the birthday woman.

That video received more than 8 million views and thousands of shares around the world, according to the police department.

Our officers spotted a Tampa citizen setting up a park celebration for her mother’s 80th birthday!
The officers left to pick-up balloons & flowers & came back to surprise the birthday girl!🥳
Thank you for letting us be a part of this moment. #CommunityPolicing pic.twitter.com/j7KV9fQosf

In response to the viral attention, police shared a follow-up video where the woman thanked everyone who made her birthday special and gave a special shoutout to the officers.

"Y'all all made my day for coming to my 80th birthday," she said.

A special lady our officers surprised, who turned 80-years young, garnered over 8 million views and thousands of shares and comments from around the world.
She wanted to share a personal thank you to everyone who made her birthday special. pic.twitter.com/K1MLtg5ABQ