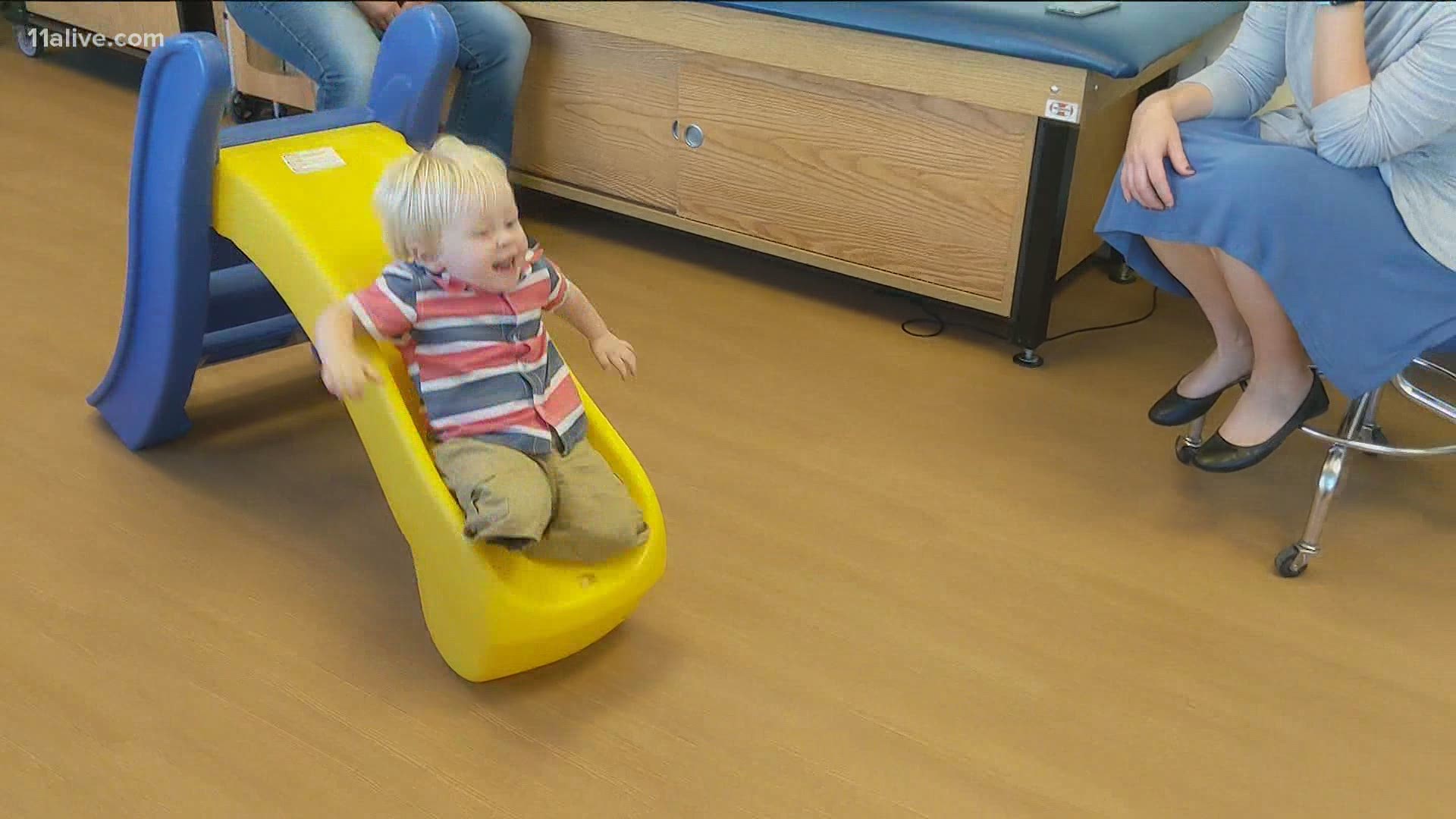 ATLANTA — When Alex Robinson was pregnant in 2018 with Milo, she says her ultrasounds and all of her appointments were normal.

"I don't remember ever thinking, 'Oh, I didn't see his feet," she said.

When Milo was born that October, Alex said the room fell silent.

"I couldn't see, nobody was saying anything and I just kept saying, 'What is wrong, what is wrong?'"

Milo was missing both legs below his knees. It's called a congenital limb deficiency. Dr. Michael Schmitz is the Head of Orthopaedics at Children's Healthcare of Atlanta and said it's rare: only one in 200,000 babies are born with it.

Dr. Schmitz met with the Robinsons when Milo was only two weeks old.

"The game plan is always the same - to maximize the child's function," Schmitz said.

That included surgery at 11 months and his first prosthesis right at one year.

"He had to learn to balance and then to move," said Robinson.

She said Milo hit all his milestones on time and, with the help of his big brother Briley, he's overcome other challenges too.

"We get lots of looks and comments and kids come up and want to touch his legs and he's totally fine with that," said Robinson.

Now that Milo is 2, he was just fitted for his new prosthetic legs which will help him run around and jump and play.

Alex said watching Milo wearing them for the first time was like watching him grow an entire year older right before their eyes.

"For us, he had not grown from the waist down because his legs were the same...to see that change- it was amazing," said Robinson.

Dr. Schmitz says children born with limb deficiencies don't see themselves as disabled, since they don't know any other way.

Alex agrees and says Milo takes on every challenge with a positive attitude.

"If there's something he can't do, just like any other kid he'll figure out his own way to do it," said Robinson.

Milo has physical therapy once a week to keep him on track. His mom says moving forward, he will likely need a new pair of prosthetic legs every six to eight months until he is an adult.