After seeing a story on WTOL about students raising money for a wheelchair, a viewer responded by donating one for the stranger in need. 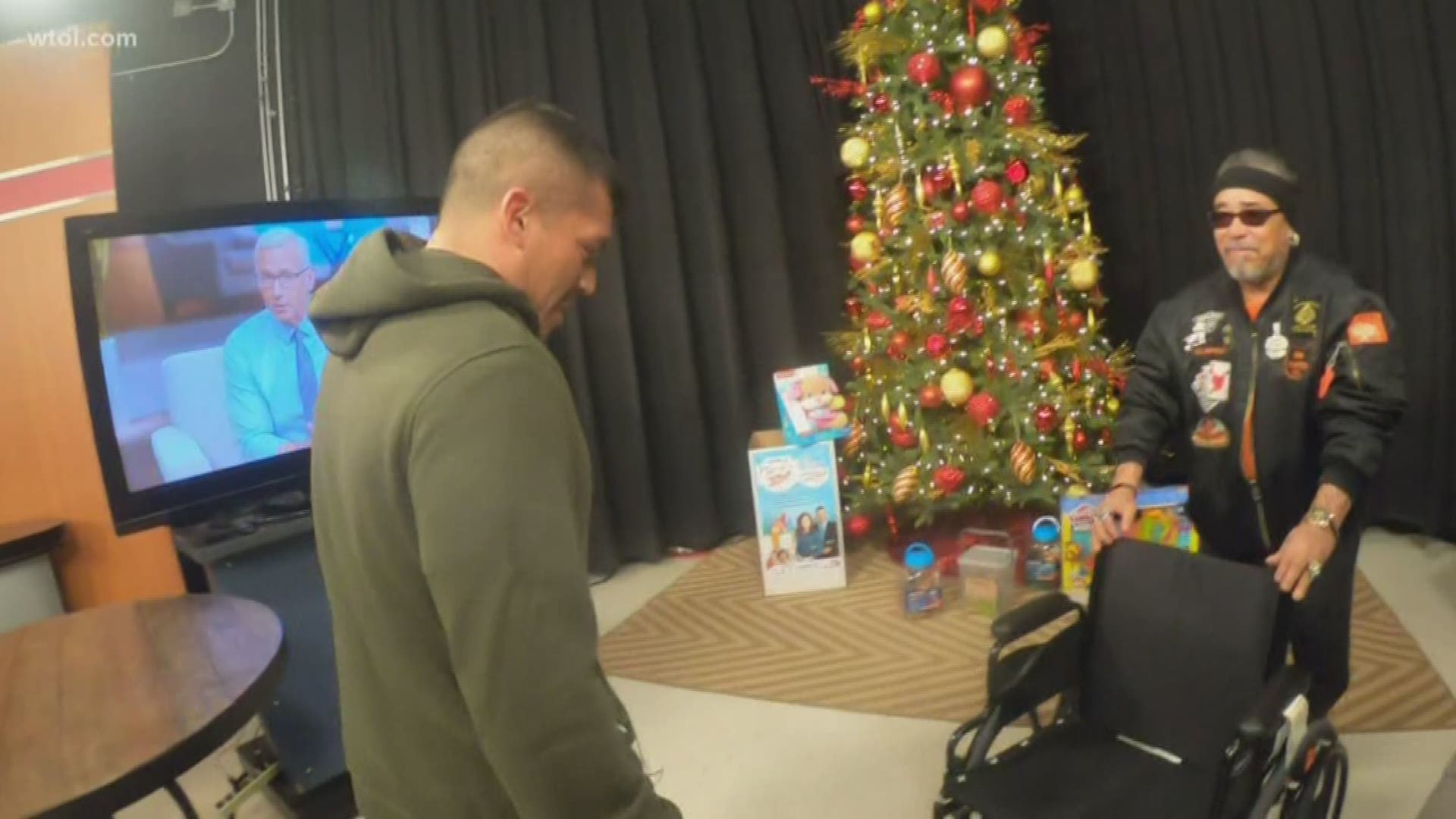 TOLEDO, Ohio — After we aired a story this weekend about students trying to help raise money to buy a wheelchair for Jose Gonzalez, a local man suffering from Alzheimer's, a viewer came forward to help out.

On Monday morning, we had the good Samaritan meet Gonzalez's son, Ruben, to give him a brand-new wheelchair.

"On behalf of myself and the entire Ohio Players MC, we want to present this chair to you and your dad," said Chris "Archangel" Walker, a member of the Ohio Players motorcycle club who donated the wheelchair. "I hope it serves him well."

Jose Gonzalez's health has declined to the point that he no longer remembers how to walk. Walker said he saw the story on WTOL Sunday morning and was immediately moved to help.

"He was saying we set up a GoFundMe account and different stuff like that," Walker said. "And I said that takes too long. I got one in the garage and I was down here by 7 clock."

Walker said he knows firsthand the effects of Alzheimer's from when he helped take care of his late aunt.

"One day she escaped on me and she walked down Monroe Street, I was panicking because my mom wasn't home," he added.

Ruben Gonzalez said it never gets old seeing someone offer to help him and his family.

"It brings a smile to my face. I mean it's like you say, it's the times when it's hardest and people out of nowhere," Ruben Gonzalez said. "You know it's the first time we met and here he is, you know giving me something, not just me but my dad something."

"The blessings that I personally have received in my life," Walker said. "You know, I believe when you get a chance to pay it forward, if it's within my power. I'm going to help someone."

Ruben Gonzales said he's so thankful to everyone, including the students at Owens. The money raised from that GoFundMe, which was set for the wheelchair, will now go toward the down payment on his father's move into an assisted living facility.

RELATED: 6-year-old with terminal disorder asks for cards from around the world for Christmas