Janna Van Kempen turned 100 years old in the same neighborhood she's been in since 1967. 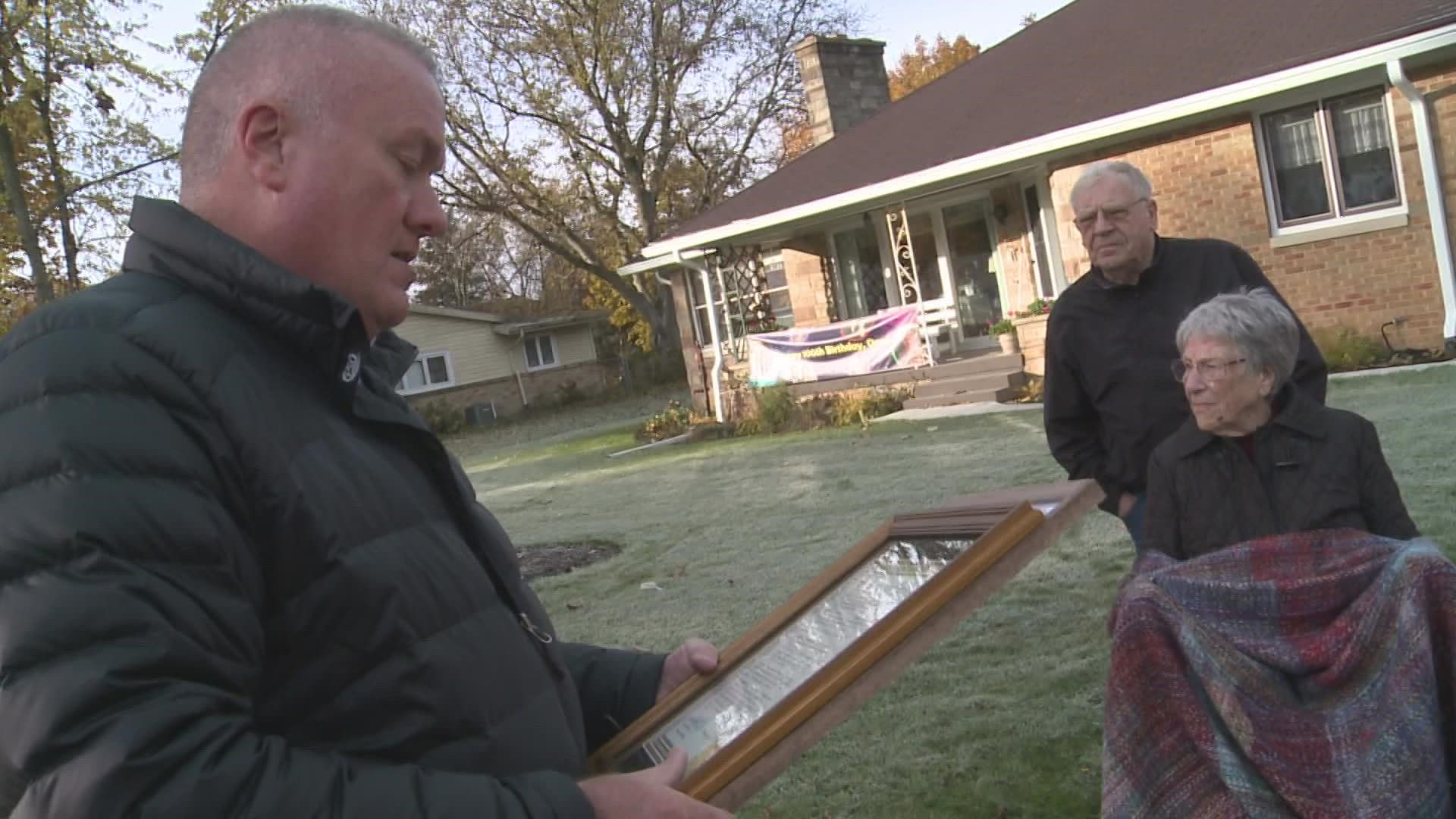 The Walker mayor and a parade of emergency vehicles helped one woman celebrate a milestone Wednesday.

Janna Van Kempen turned 100 years old in the same neighborhood she's been in since 1967.

Born in South Holland, Netherlands, Janna spent the years of World War II in the Nazi-occupied Netherlands with her family, who all survived.

She came to the United States from Europe to New York City in June of 1949 with her family. From there, her church helped her move to Michigan. She's lived in Grand Rapids, Coopersville and eventually Walker, where she remains to this day.

Walker Mayor Gary Carey and a line of Walker police, fire and DPW trucks stopped by to help ring in the special day with Janna.