'Will you sing with me?' Husband sings with wife of 64 years at hospital as she recovers from a stroke and seizure

Parks and Jewel Ritchie have been married for 64 years, and they've been singing together just as long, in sickness and in health. 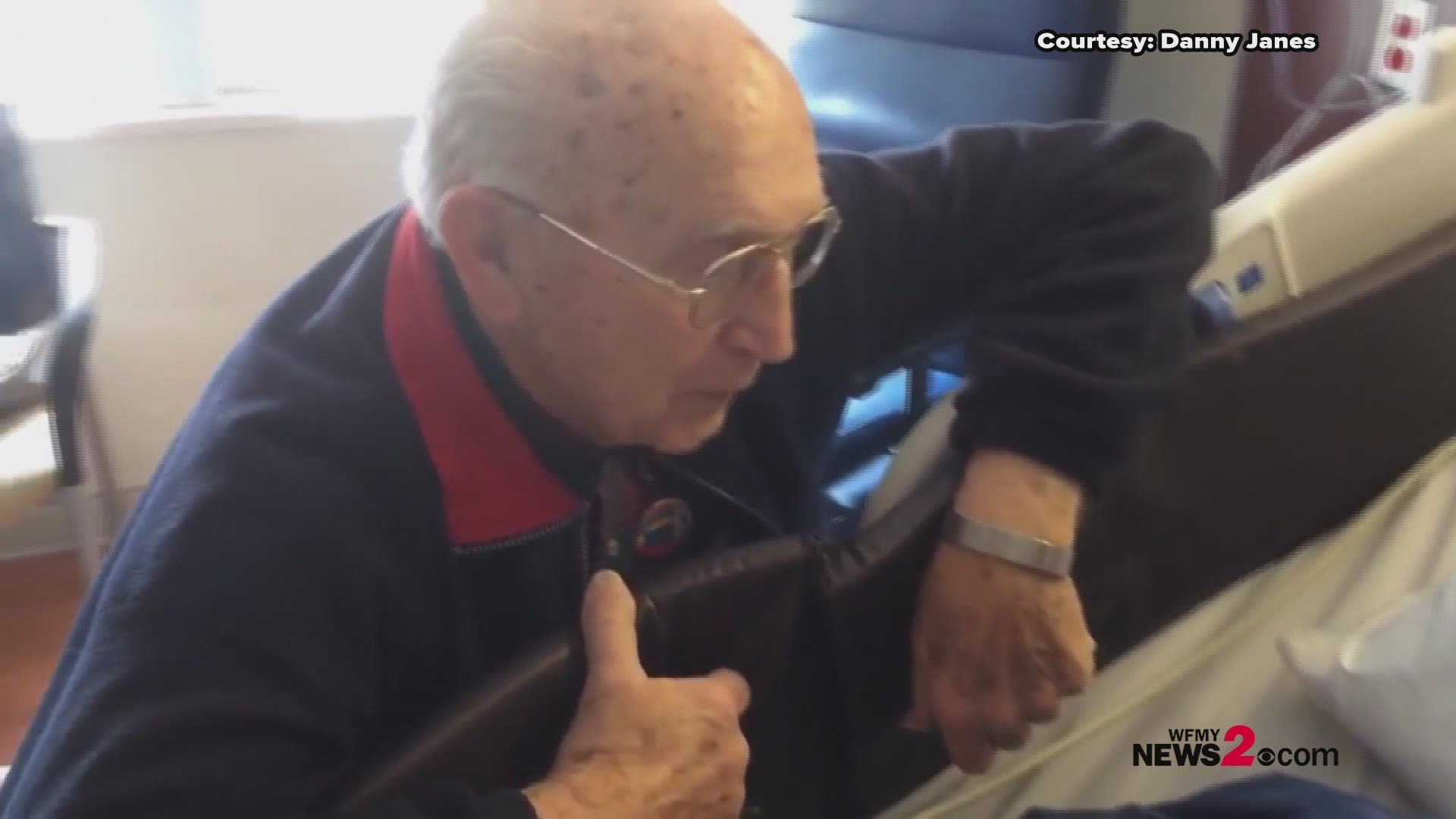 GREENSBORO, N.C. — If you want to see an example of true love and devotion, take a look at this Triad couple.

Parks and Jewel Ritchie have been married for 64 years, and they've been singing together just as long.

Pastor Danny Janes shared a video with WFMY News 2 of the couple singing the gospel hymn "He Lifted Me Out" together by Jewel's hospital bedside.

Jewel recently had a seizure, following an earlier stroke. She was admitted to Moses Cone Hospital, and Parks has remained by her side.

Pastor Janes says although Jewel has some difficulty speaking, she still loves making beautiful music with her husband.

In the video, Parks asks his wife, "Do you remember that first song that we sang at Mebane Wesleyan Church? 'He Lifted Me Out' - Will you sing it with me?"

The couple then begins to harmonize, "He lifted me out of the deep miry clay; He settled my feet in the straight, narrow way; He lifted me up to a heavenly place, and floodeth my soul each day with His grace."

"And two nights later, I asked you to marry me," Parks said to Jewel. "And you said yes. And we've been singing together ever since."

The couple's family says Jewel has been moved to Guilford Care Center, where she is doing rehab and continues to get better.