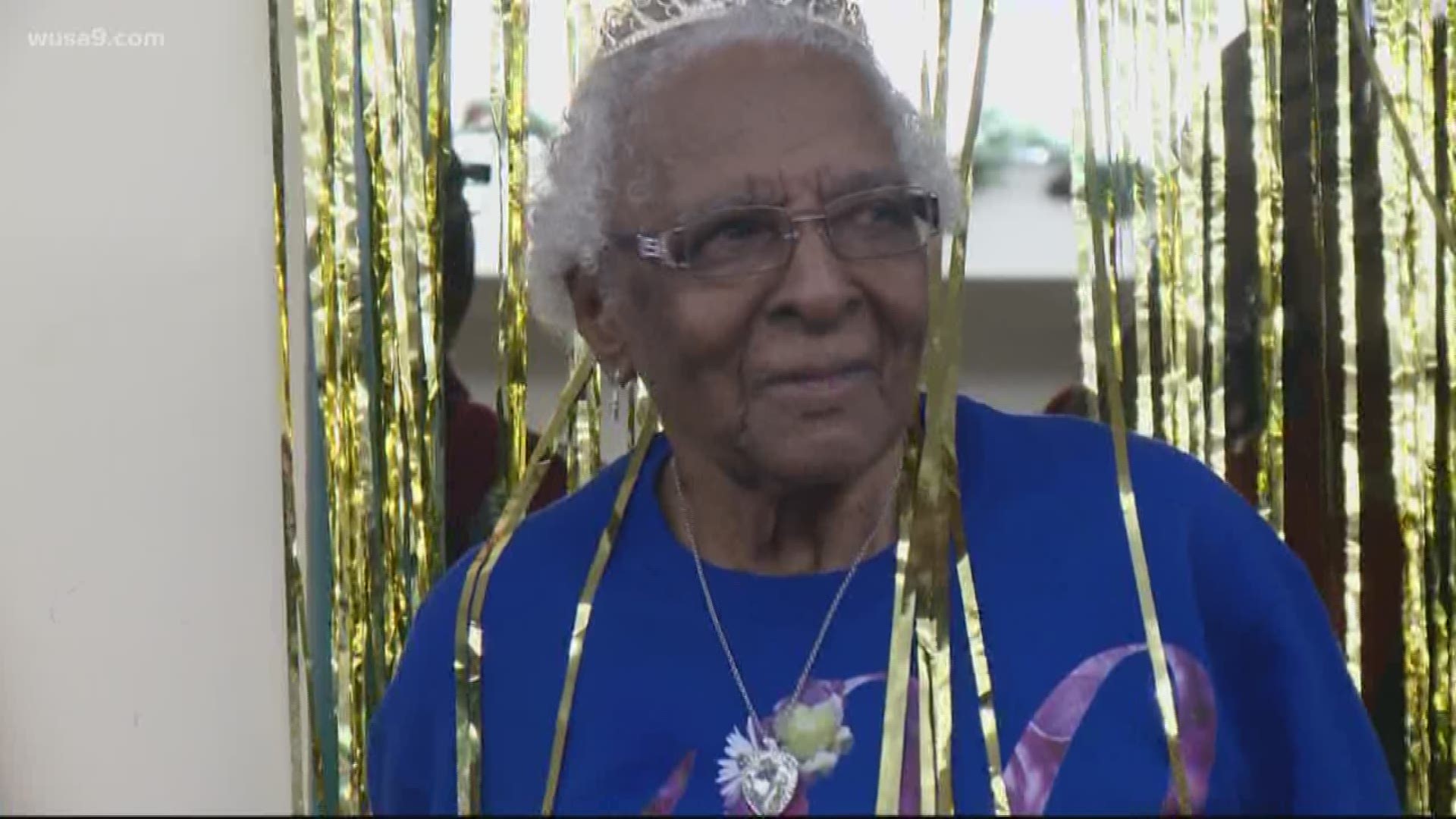 WOODBRIDGE, Va. — When Alma Coleman walked into the community room at Potomac Woods Senior Apartments, she thought she was arriving for her regular Wednesday bingo night.

"I hate surprises," Alma said smiling at the friend who tricked her into attending her 100th birthday celebration. "Am I not playing bingo?"

The Woodbridge centenarian is appeased when she's told it's her party and she can do whatever she wants. Although, Alma has pretty much spent her 100 years living by that motto already.

"I got this far by doing anything I wanted to do," Alma said. "My phone's been ringing since 7 a.m. with friends asking me what I'm eating and drinking today -- I just say 'anything I want.'"

And what does Alma want to be filling her plate and cup with on her milestone birthday? Alma said all she wanted for her birthday was flowers and candy. And maybe her favorite drink -- a Long Island iced tea.

While Alma said she got so many flowers, her house looked like a funeral home, she didn't get any candy.

Tough-as-nails Alma -- she has a black belt in Judo, so don't try her -- lights up when she spots her "grandbabies" coming to wish her a happy birthday. Her grandson, Josiah Coleman, said one of the reasons everyone loves Alma is that she can relate to anyone she meets.

"She's been through mostly every aspect of life, so she has a story for everything," Josiah said. "Do your thing granny, happy hundred." 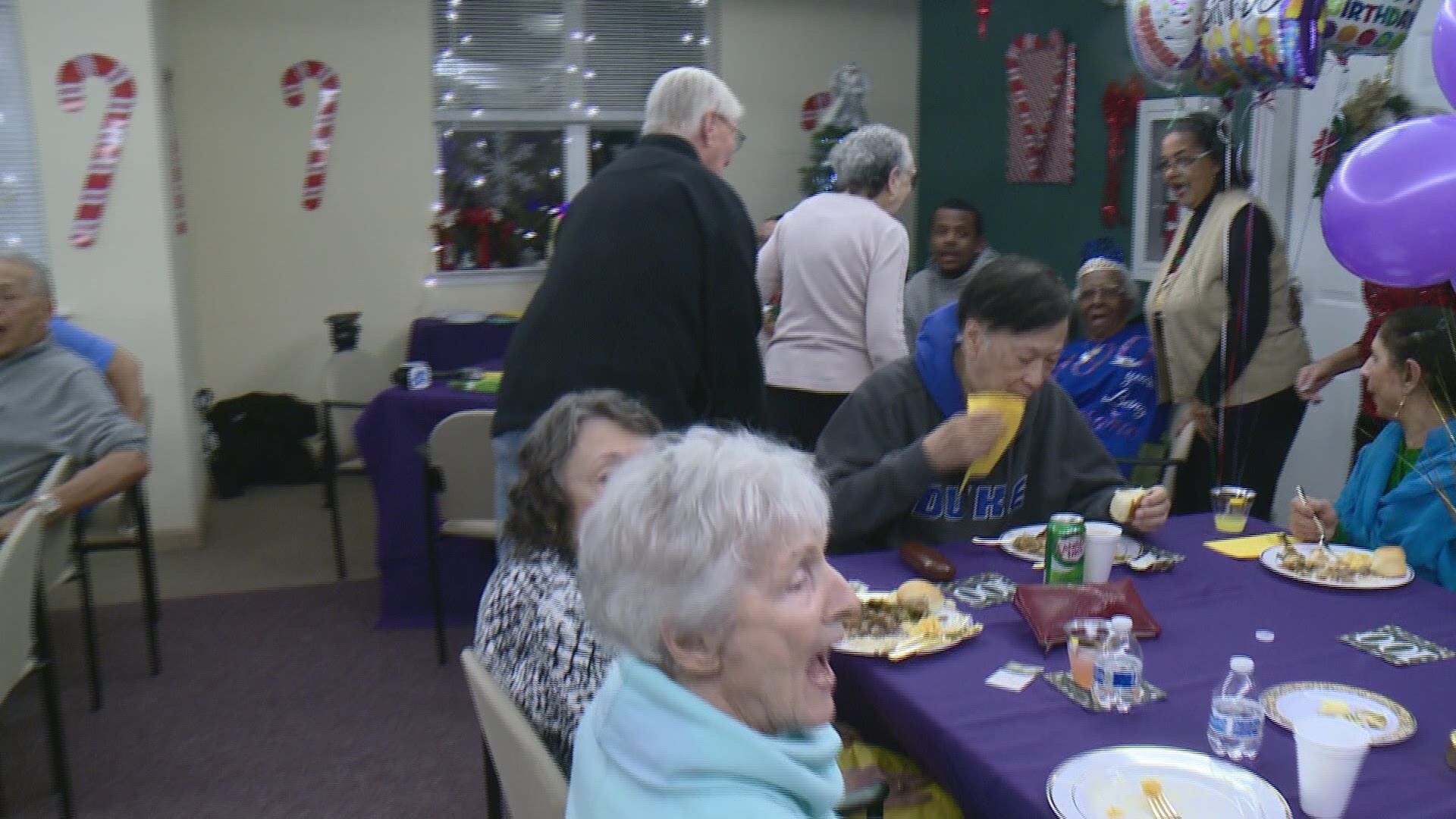 Born in Baton Rogue, Louisiana, Alma has always been a wandering spirit.

"We started out this life together in Dayton, Ohio," Alma's 63-year-old son, Clarence James Coleman, said. "She raised me as a military brat and we traveled everywhere."

"We spent four years in Japan, and I learned to play baseball there, while my mom learned golf," Clarence said. "She gave it up to learn how to make ceramics and dolls, but she was good.

Clarence said Alma also played on a semi-pro women's softball team while they were stationed in Japan. But when the family moved again to Germany, she opened a ceramics studio, where she sold pottery and taught others to make pieces as well. Clarence remembers the whole family pitching in to make it work.

"Wherever we moved, people seemed to be attracted to her kindness," Clarence said. "Throughout the world, there was always bigotry and racism, but her personality and love seemed to erase that."

The travels and exploration didn't stop when Alma moved her family back to the states. She promptly bought the family a Pontiac Tempest, and weekends and holidays were spent traveling to every state in the U.S.

"From Sequoia trees to the Grand Canyon and the Mohawk Trail, Alma was determined we would see it all," Clarence said. "Every day with her and my dad was an adventure. She always said 'the exciting thing about living is having a little fun,' and if anybody knows how to have fun, it's Alma." 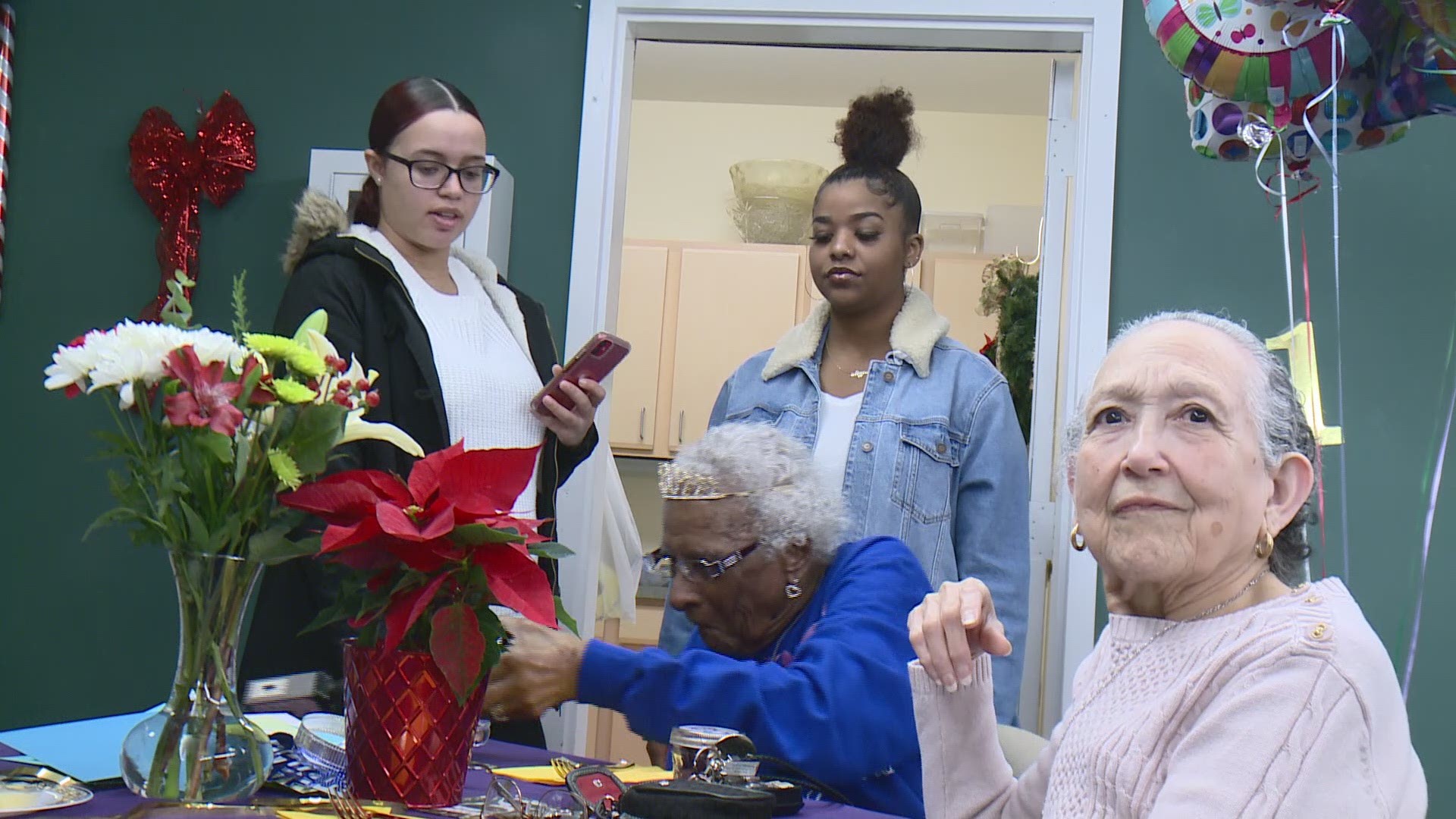 Clarence said Alma never prescribed to any one religion, choosing to focus on being the best version of herself she could be.

"Rather than choosing to be a Christian, a Muslim or a Buddhist, she's just a good person," Clarence said. "She's got very few things she won't do."

Alma wasn't too keen on setting goals for what she hoped to accomplish before her next birthday. Instead, she simply said she just wants to be living where she is now, surrounded by friends and family.

"The longer I live, the more beautiful I become," Alma said laughing and ending her interview to greet more family and neighbors itching to hug her. "We are going to play bingo!"

RELATED: 'She has more energy than somebody half her age' | Meet the 99-year-old Virginia woman who has no plans of retiring