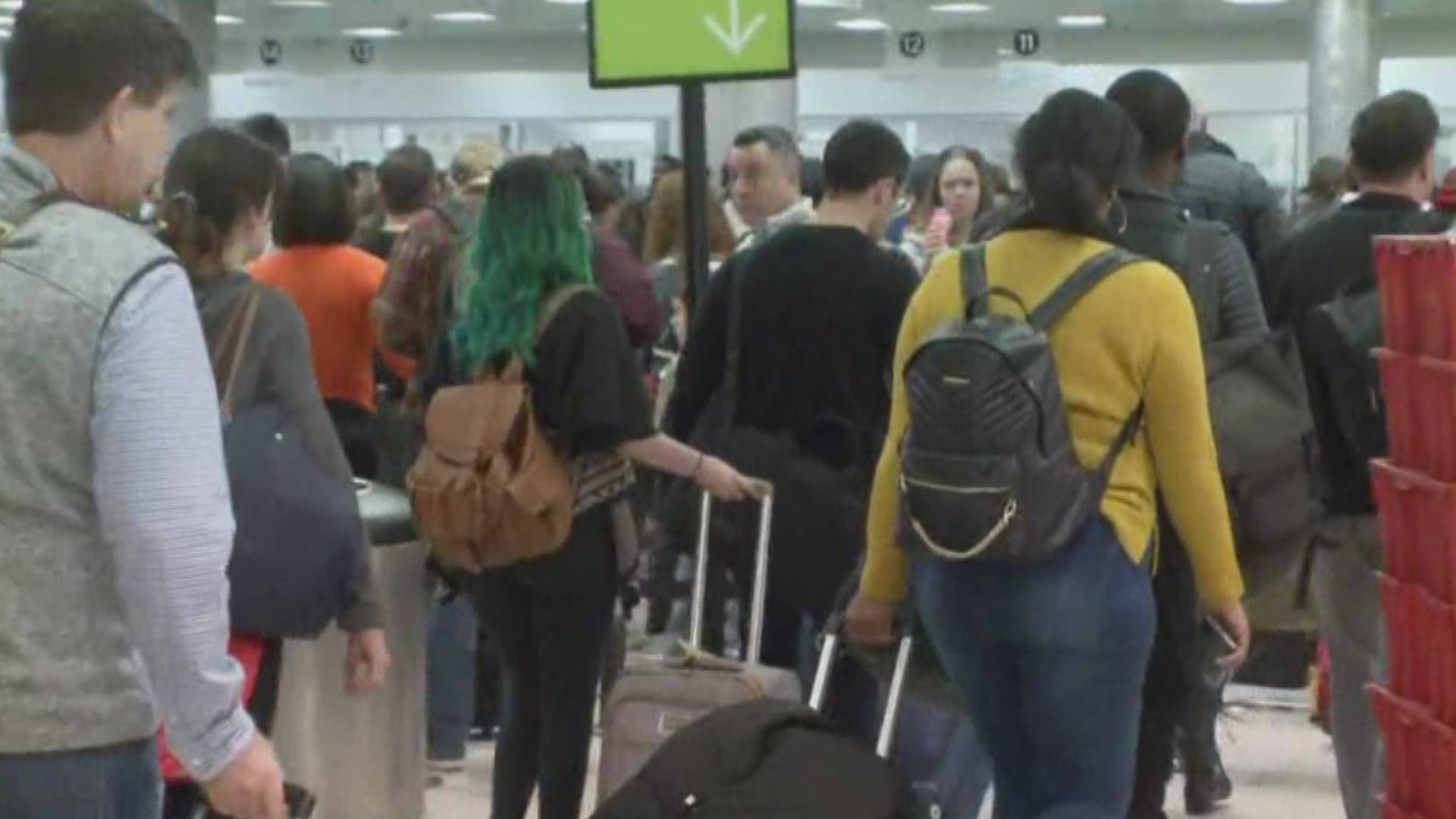 ATLANTA — Atlanta is known as the world's busiest airport, and today is one of its busiest days of the year.

Right on schedule, the airport began to pack up on Wednesday, with 11Alive's Nick Sturdivant reporting long lines from the scene.

With more than 2 million people expected to travel around Georgia over the next 24 hours, wait times at Hartsfield-Jackson International Airport's main security line already carries about a 15-30 minute overflow wait.

RELATED: Best and worst times to travel around Atlanta for Thanksgiving

Later in the day, Atlanta Police and airport officials will be holding a press conference to detail the level of travel congestion and offer tips to travelers headed to Thanksgiving dinner.

Fortunately for Atlanta travelers, aside from some light rain in the area the weather is mostly accommodating for smooth flying. Other areas of the country don't have it so great.

In Chicago, long lines were forming as the Midwest region faces a high wind warning later today. Minneapolis-St. Paul is said to be getting hit doubly hard, with high winds and heavy snow making travel in and out of that airport difficult. And Boston's Logan Airport was reported to be experiencing difficult conditions, as well.

They said they're expecting 1.3 million passengers this week in all.