Jay Abel was struggling to get Christmas gifts for his kids this year, but while selling his comic collection online, he got some unexpected help. 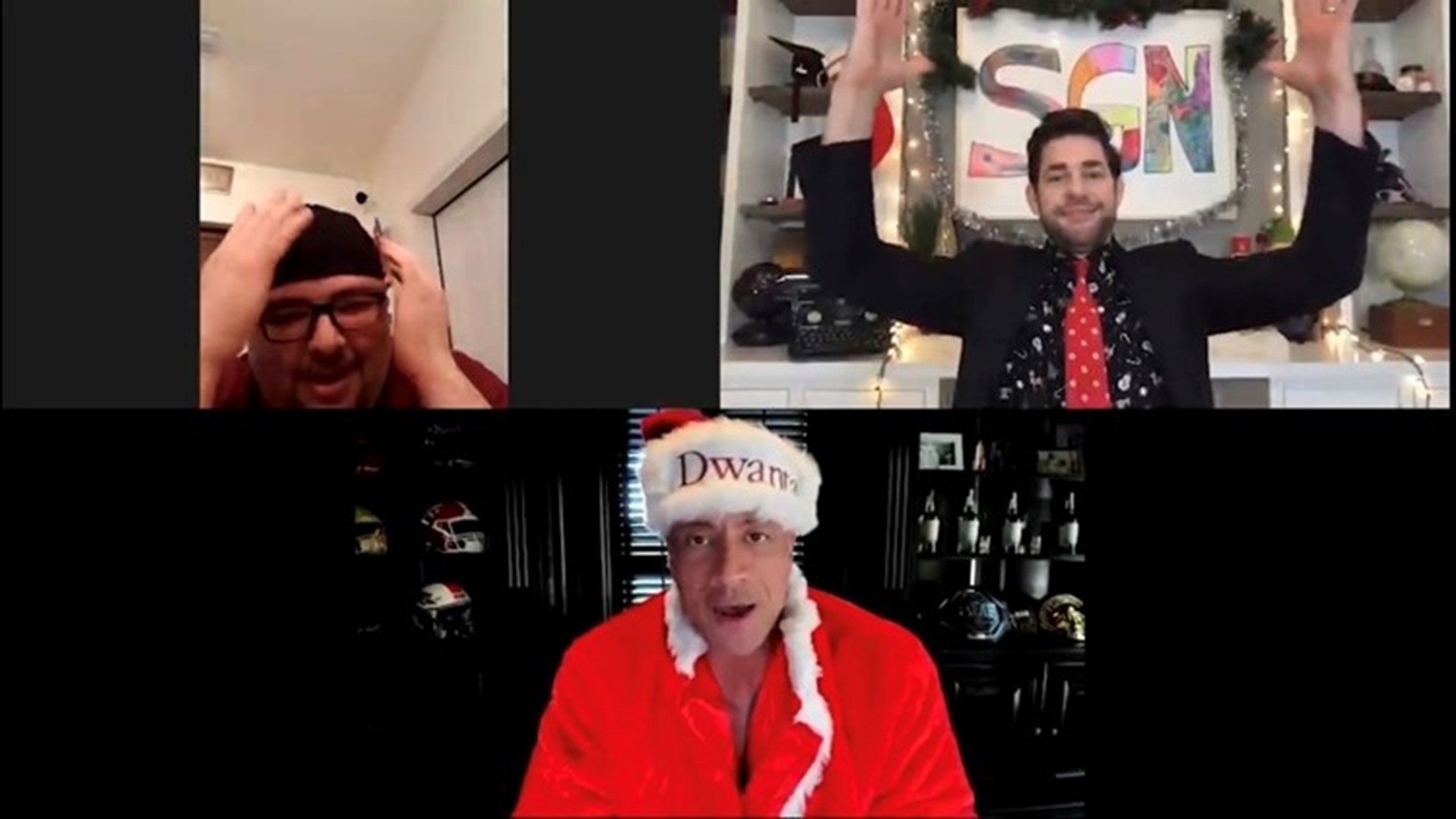 COPPEROPOLIS, Calif. — Jay Abel of Copperopolis in Calaveras County was trying to sell his comic book memorabilia to afford Christmas gifts for his kids this year.

He tweeted at Dwayne "The Rock" Johnson, asking for help spreading the word on his page.

"I'm very fixed income, and with the pandemic it's hard to find a job right now," Abel said. "Plus, with the kids being at home for distance learning...it is a challenge."

@TheRock Hi Rock! I'm like your biggest fan! So I could use your help please. I'm trying to raise some money to be able to provide my children with a Christmas this year. If it's not to much to ask, Would you please consider retweeting this please. Thank Uhttps://t.co/X84mxELnQ1

The Rock responded to Abel's tweet, adding "I have a little bit more in mind for you."

That's when he was suddenly bombarded with dozens of bids on his eBay items.

The bids were all from newly made accounts out of New York, so his first thought turned to scammers. Abel politely cancelled the influx of orders, telling the unknown account owners that he was sorry, and he wished them the best, but he did not feel comfortable selling the item to what appeared to him to be a fake account.

On the latest edition of Some Good News, a YouTube show created at the start of the coronavirus pandemic by actor John Krasinski to highlight good stories during a rough time, Abel talked to Krasinski about his eBay page and what he was trying to do.

During the interview, Krasinski held up a photo of the message Abel had sent.

"Did you cancel my order because you thought I was a creep?" Krasinski asked in the video for his Some Good News Youtube channel.

It turns out, those buyers Abel was unsure about were actually producers for Some Good News, Krasinski's lighthearted Youtube show, and they were trying to buy out Abel's online store.

The team at Some Good News were trying to do something good for Abel. 2020 has been a rough year, as it has for pretty much everyone, but Abel is also a single father of two who lost his wife three years ago.

"It's different because for the first year since my wife passing, my son is actually excited for Christmas," Abel said.

Abel's wife passed away on the Dec. 17, 2017, so Christmas has been a difficult time in the past for his family. But this year, Abel said his son AJ is watching movies with the family and just generally getting into the holiday spirit.

"I'm excited that he's excited for Christmas, and he was my motivation for the whole situation," Abel said.

Instead of leaving his children without Christmas gifts, Abel tried to use eBay to raise some money, only to find that a Christmas miracle was about to happen. While on the show, Abel was surprised to find out Dwayne "The Rock" Johnson was in on the whole thing, too.

"The Rock is such an amazing person, you know. He just is. He doesn't have to do this." Abel said.

His reaction on the show definitely seems pretty cool, but Abel said he was geeking out. Johnson told Abel he could hang on to his stuff and that 'Dwanta Claus' would handle the kids' Christmas list.

At the same time, Johnson said dad deserved a gift too, and told Abel he would fly him out to Southern California once COVID-19 precautions allowed for a safe trip to get an up close look at the DC Universe while Johnson films Black Adam.

He also offered to Abel a huge item for his collection, Johnson's personal and official 'Black Adam' movie script, signed and bound. Johnson stars as the titular character and the movie is set to be released in December 2021.

"Everyone's just been so amazing," Abel said. "It truly is humbling, and you know, I had to take a step back and go 'Wow, this is all happening.' You know, I didn't expect this."

Another announcement was made during the show that FedEx would donate $5 million to Toys for Tots to help distribute toys to other families in need.

Johnson went above and beyond when he flagged the tweet for Krasinski and the producers of Some Good News, Abel said. And he hasn't shown his kids the video yet. He wants everything to be a surprise, including the fact that his son will get the main, and only, item on his 2020 Christmas list: an X-Box Series X. It arrived on Monday.

Abel's Twitter account can be found here, or you can check it out at @JaysNerdyLife. With his Christmas wish for his kids coming true, Abel is hoping to help out some others this holiday season. He said that after the show, people have asked to donate to his family, so he set up a GoFundMe here.

"I just know if I'm able to help some other families in need, or just go to a fast food place and buy a bunch of food and help out the less fortunate, I'm gonna try to do that," Abel said.