Piedmont Park in Midtown became a gathering place for several families this Thanksgiving. 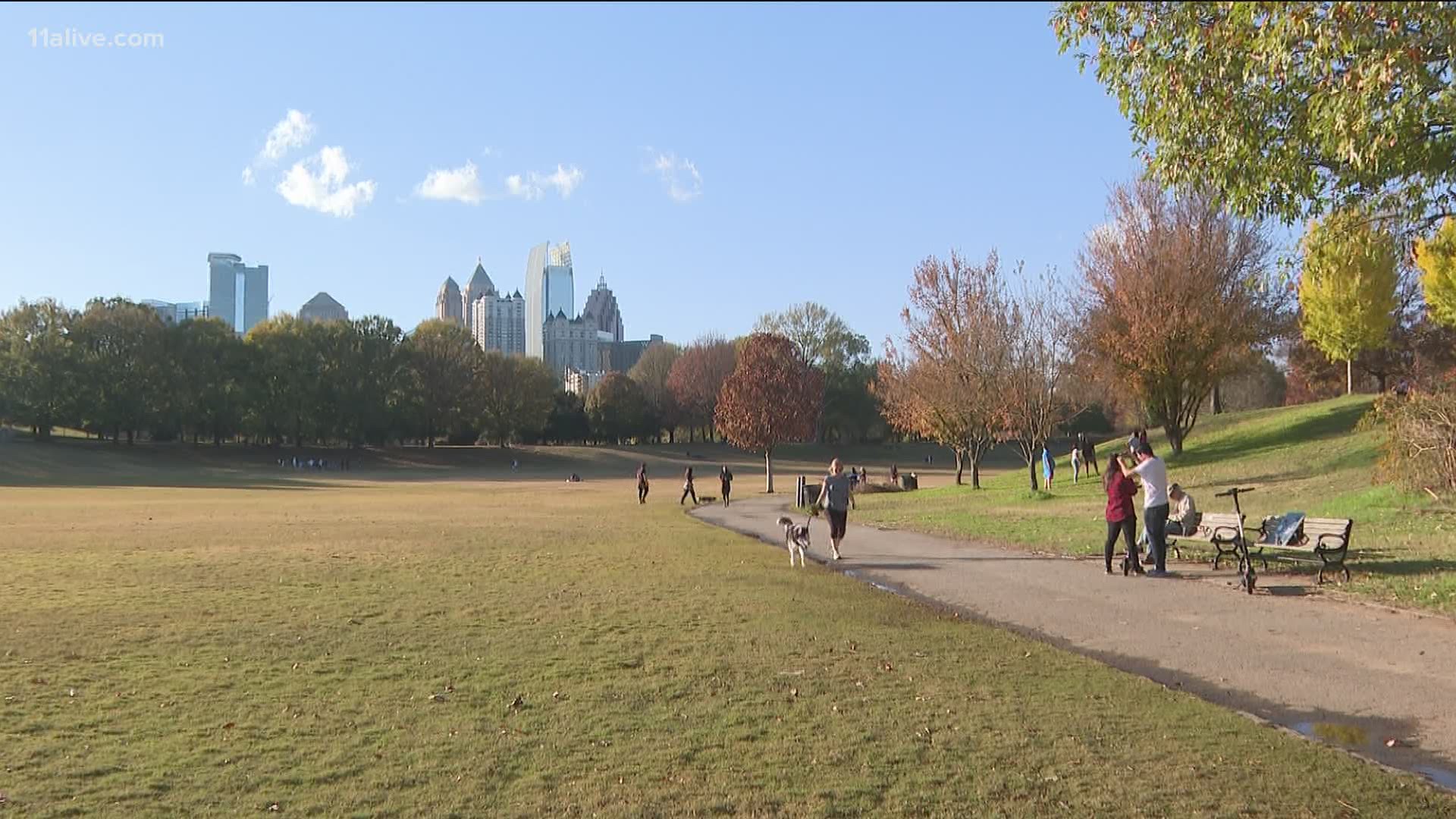 ATLANTA — From dinner plans to visits with family, people at Piedmont Park on Thanksgiving said very few things are the same. However, they’re still finding ways to make special memories this year during the pandemic.

Piedmont Park in Midtown became a gathering place for several families this Thanksgiving. It was a perfect spot to enjoy a holiday dinner outside with plenty of social distancing.

“We brought some desserts and one of our other friends is going to join us later and we’re going to have dinner out here,” said Danielle Harrell who lives in Atlanta.

Harrell said she decided not to travel this year to see family and instead, spent it safely with a small group of friends in Atlanta.

“I know a lot of people like me, weren’t able to go home and be with their families so I am thankful that I did have people here to spend today with,” she said.

Others also decided to stay home this holiday.

“We have friends and family that are going to be over video,” said Lamont Russ.

“I have two parents who are in the at-risk age group so out of safety precautions, just decided to stay back this year,” said Paige Walker.

RELATED: TSA numbers show Thanksgiving eve travel at less than half that of last year

But Dana Morre didn’t mind catching a flight to Atlanta from California. She also dined-in at a restaurant on Thanksgiving day.

But regardless of changes this year, people said they’re focusing on what they still have to be thankful for.

“The most important thing to be thankful for is being healthy,” said Russ.

“My dad recently just had a surgery and it’s going really well so I’m thankful for that,” said Walker.

People said they weren’t upset things were different this year because they realized the Center for Disease Control and Prevention guidelines were for their own safety.