The only memorial for police dogs in the country takes place in Porterdale, Georgia. It was inspired by a dog, Beau, who everyone wanted to remember. 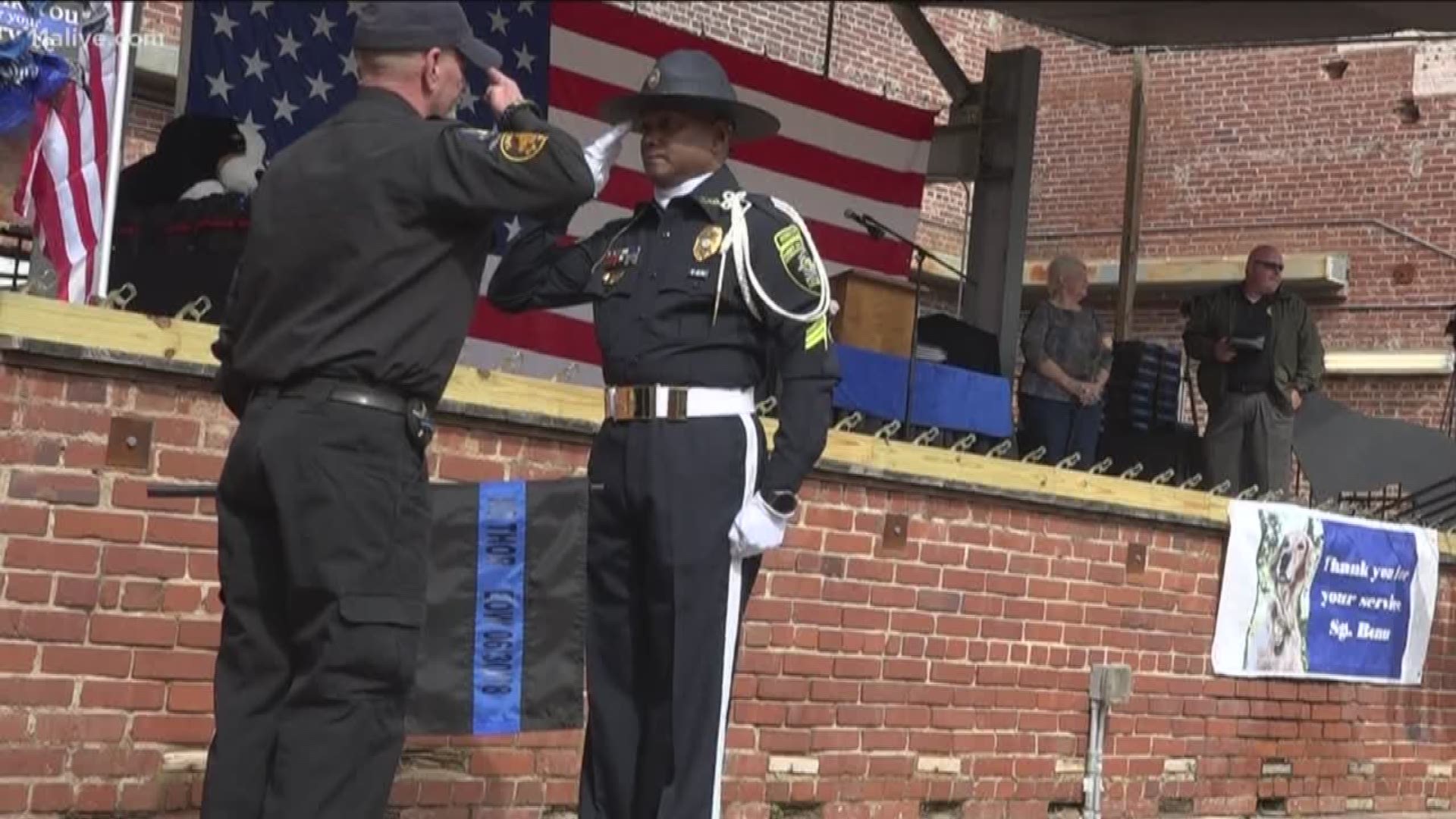 PORTERDALE, Ga. — Police officers from around the country have come together yet again to remember their four-legged partners - and best friends.

It's the only event in the country that honors every police dog that passed away the previous year.

"He was amazing. He was my best friend. He was everything I could have imagined having in a partner," said former Warner Robbins police officer and K9 handler, Stacie English

"I was sent an invitation to come to his memorial," she said. "I didn't want to come because I don't want to think about him not being here."

Holly Cripps started the service after watching her own dog Beau, ride with her husband, the chief of police in Porterdale.

"I looked over and I saw him sitting in the chair in the front seat of the patrol car," she said. "And I realized in that moment that if I didn't do something when he died - and one day he would - no one would even know he was here."

She started the memorial in 2011 with her foundation, We Ride to Provide. They lost Beau in 2016. She stood on the stage and retired his flag.

"It was absolutely heart wrenching," she said. "It was the hardest thing I had ever done."

Now, she hugs every officer who has lost their partner.

"To assure them that Beau's up there, and he'll greet your baby at the bridge, and everything will be ok," she said. "He will teach your baby how to use his wings."

When she first started the memorial, it was hard to get people to come.

"My husband said to me, 'How long are you going to do this? These men do not come, they don't believe you,' and I said, 'I will do this as long as one man walks across my stage to honor their puppy. I will be here for him if it's just one'," she said.

"It's very emotional, very emotional. You will see grown men in just tears. These dogs, they're family to us," she said. "It's very difficult to see these men hurting so much. But a lot of the departments do nothing. Whether it's Georgia or another state, they don't even acknowledge that the dog passed away."

"Unless you've been through it, you can't understand it," she said. "It's such a powerful, emotional thing to go through. And that's why some of us come back now. To help."

"It's extremely important to see the dog's remembered for what they've done. They don't get what they deserve," said English. "They're mostly tools, that's what they're considered in a lot of worlds. But to people who come here, they're not tools. They're sons, they're daughters, they're sisters, they're brothers. They're angels now, so they're ours."