Man, given up for adoption in Maine in 1946, reunited with siblings thanks to daughter's DNA kit results

What do a 30th birthday celebration and a prayer book from the 1940s have in common? They were the keys to unlocking a family secret. 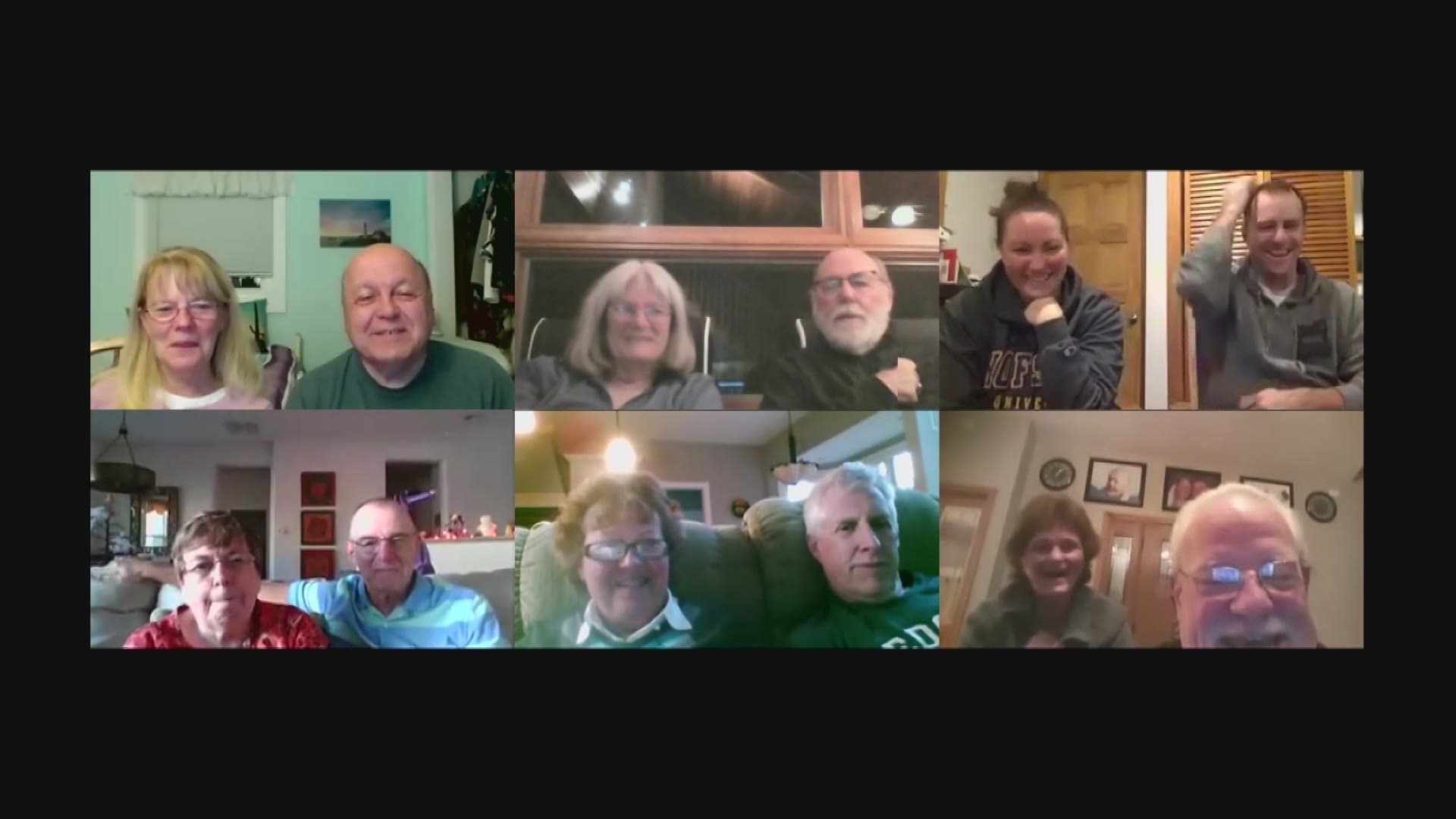 BANGOR, Maine — "We never knew that my mother had given up a baby for adoption," Sylvia Forster said.

This story begins in Bangor.

"I always thought I was the oldest. Then Eddie, then Lila, and the three of us kind of grew up together."

Their mother, Pauline Chabe, kept a secret her entire life.

On top of that entry was a tiny baby bracelet, likely from the hospital.

"I showed it to Eddie and Lila and we had no clue," said Forster.

Right before their mother passed away, Chabe asked Forster to do a little research.

"I bet she really wanted to find him," said Forster.

But she didn't have a name, a location, or any details whatsoever.

Pauline Chabe passed away in 2002.

Forster and her siblings traveled to visit one of her brothers who was still alive, who confirmed that indeed, she did give birth to a boy in Bangor in 1946, out of wedlock.

"So in those days, if you're not married, you know," she said trailing off. "She did marry my father a year later after he got out of the war, but it's not the same father."

Since then, Forster and her siblings have been searching for their oldest brother.

Rich Lemieux, was born in Bangor and adopted by a family from Connecticut, where he was raised, from a Biddeford agency in 1946.

"I knew I was adopted from the beginning. That was no secret or anything," said Lemieux.

Lemieux never knew his biological parents and didn't have very much information.

"Back then, the adoptions were pretty quiet kinds of things."

He eventually got married and had two children of his own, Eric and Amy.

"The one thing that I did do was an ancestry DNA test," she said.

A little more than a year after that she got the results – which included a name she did not recognize: Sylvia Forster.

"So I reached out to her on Facebook and from there we started to make all sorts of connections between the two families," she said.

That message was the final piece to the puzzle Sylvia Forster had been working on for nearly 20 years.

"Rich I used to be the oldest and now I'm not anymore!" joked Forster.

Over the weekend on Zoom – they all "got together" for the first time. Amy Lemieux, also scoring three new aunts and uncles.

But it gets crazier.

"Does everybody here know all of the amazing coincidences," asked Forster.

They all ended up living in Connecticut. Paula, Lemieux's wife, went to high school with Forster.

"Your picture and my picture are on opposite pages of your yearbook," said Paula Lemieux.

And they crossed paths in their careers.

"What gets me is worked for the same company, in the same building, at the same time," said Forster.

"To me, it was destined that we would've run into each other before now," she added.