Fly Touch Studio celebrated black fathers by giving them a free photo shoot with their kids. 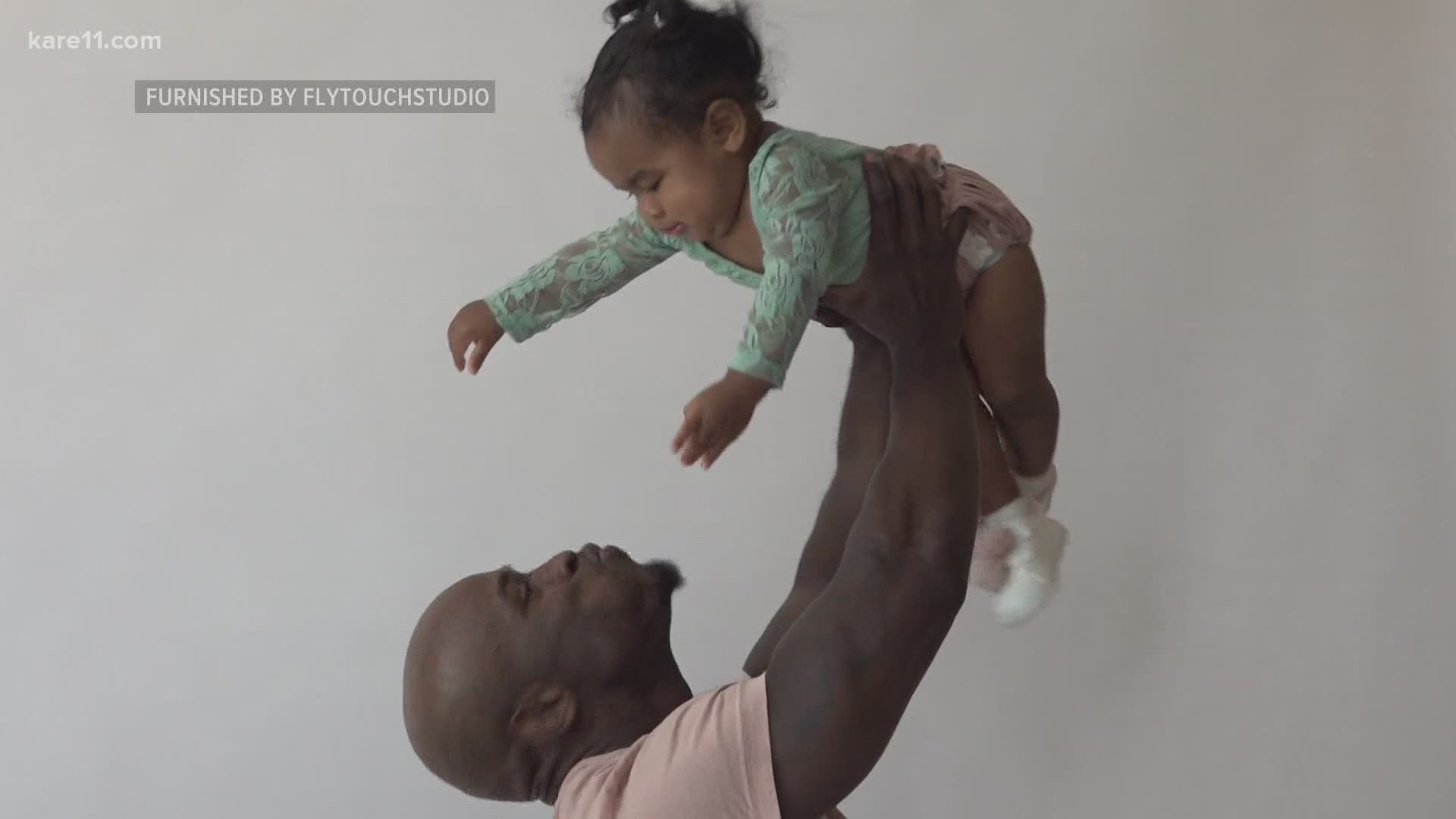 MINNEAPOLIS — One week before Father's Day, there was Picture Day. Last Sunday, 25 Twin Cities-area dads posed with their children during a free, Fly Touch Studio photo shoot. Edited and printed portraits would be gifted to each of them, afterward, just in time for the holiday.

Freelance commercial photographer Hammed Akindele captured all of the sweet moments but he wasn't alone in coming up with the idea. His friend, Cornel Beard, is a graphic designer for ad agency Colle McVoy and works for the 10 Thousand Design team. He also hosts Underrepesented, a podcast about design and culture from the black perspective. And this photo shoot, they decided, would only be offered to black dads.

Leading up, a social media call for nominations yielded more than 100 results, with many people sharing emotional stories about the dads in their lives.

Beard, a dad himself, says the project helps dismantle the stereotype that black dads are absent from their kids' lives.

"At some point in all of our ancestry, we lived in broken homes," he said. "It was something that was forced upon us when arriving to America. Being separated from families and having kids separated from parents, black fathers didn't actually have the chance to be fathers. So in order to bring in more positivity and good energy into the world, we figure that it would be good to celebrate black fatherhood."

Akindele isn't a dad but said he'd like to be one one day. In the meantime, he was happy to use his photography skills to uplift the community.

"Make sure everything is nice flawless edited so that we can print them, you know, T-shirts or coffee mugs," he said. "I think a lot of the mothers are going to be really happy when they see these beautiful photos."

OTHER NEWS: You had more questions for ASL interpreter, Nic Zapko, so she and Jana sat down again to chat