The Army says he and two other soldiers died Sunday when their armored vehicle rolled off a bridge and was submerged in a stream during training. 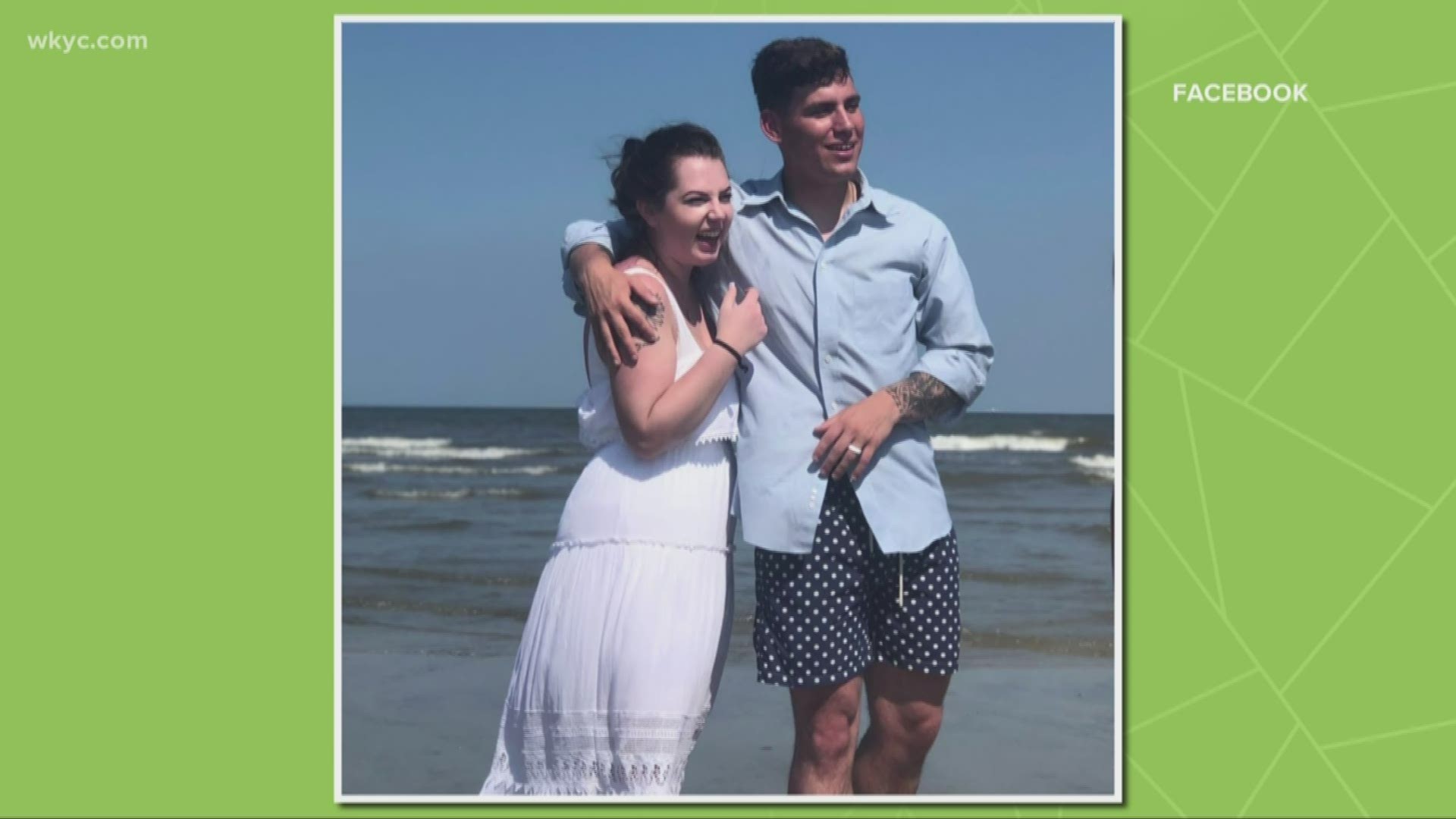 COLUMBUS, Ohio — (AP) Gov. Mike DeWine has ordered flags in parts of the state lowered to half-staff to honor an Ohio soldier killed in an Army training accident in Georgia.

Ohio's Republican governor on Tuesday ordered U.S. and Ohio flags flown at half-staff at all public buildings and grounds in Ashtabula County and at the Ohio Statehouse, the Vern Riffe Center and the Rhodes State Office Tower in Columbus to honor of Cpl. Thomas Cole Walker.

The Army says the 22-year-old Conneaut man and two other soldiers died Sunday when their armored vehicle rolled off a bridge and was submerged in a stream during training at Fort Stewart, Georgia.

DeWine's order is effective until sunset the day of Walker's funeral. Details about the timing of the funeral weren't immediately announced.

Walker is survived by his wife, whom he married less than six months ago.

On Tuesday, 3News went to Conneaut to talk to some of those who knew Cpl. Walker, who went by Cole.

Walker enlisted in 2016 right after graduation, and quickly earned several honors including the National Defense Medal and Army Service Ribbon.

On the high school football field, Cole was a 4-time letterman, and a varsity captain his senior year. "He was unreal on defense," Conneaut head coach Rocco Dobran recalled. "I think he had like 95 tackles during his senior year. He started from sophomore year on."

Cole's teachers and coaches say they are finding peace knowing what he did for his country.

The Conneaut football team will wear Cole's number 33 on their helmets this Friday.