Vatsla Watkins was last seen leaving her family's Myers Park home on March 18 but the community hasn't given up hope. 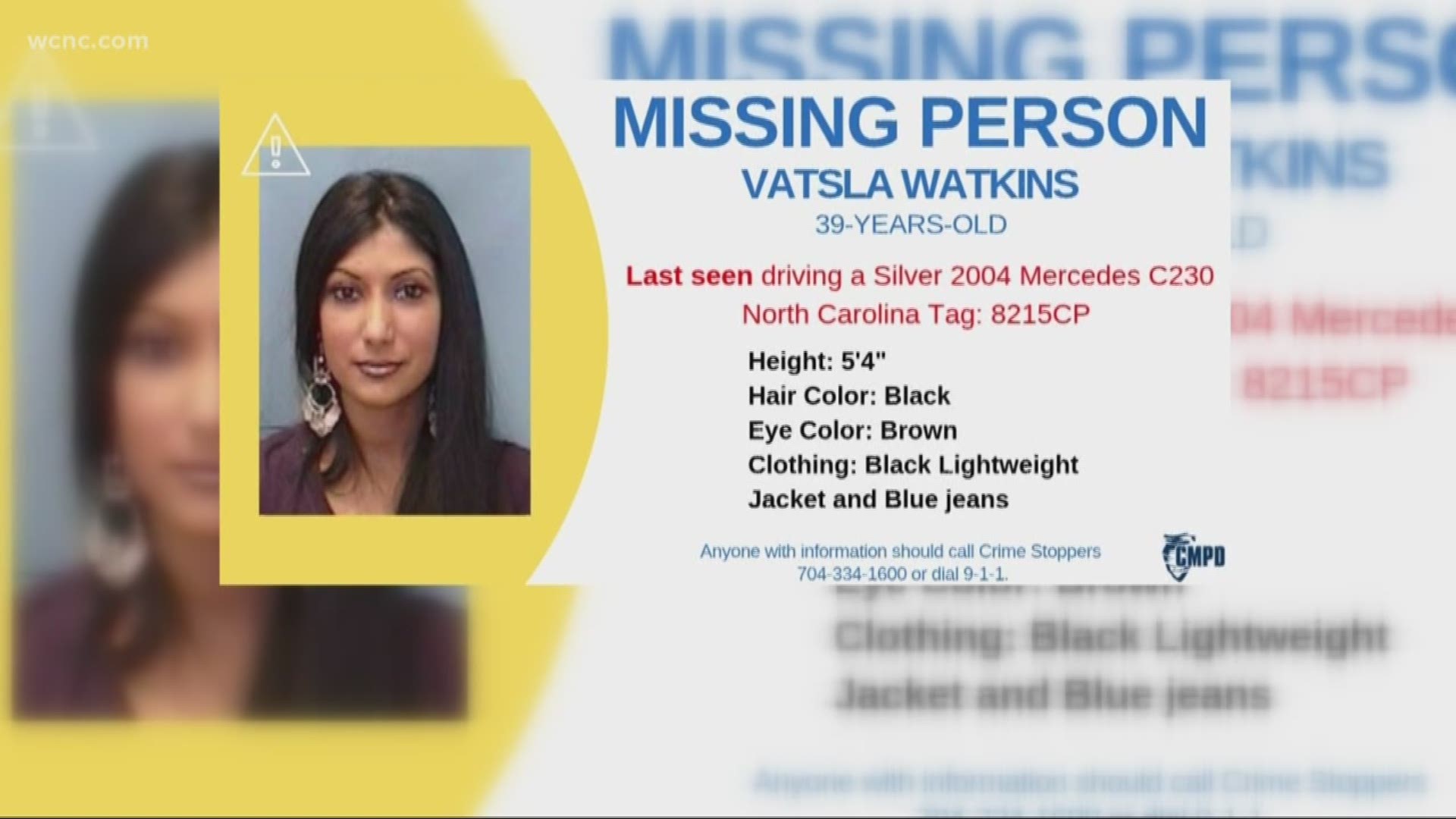 CHARLOTTE, N.C. — The community continues to hope for the best as Vatsla Watkins, a 39-year-old mother of two and wife of former Mecklenburg County GOP chair Curtis Watkins, has been missing for nearly a week.

Watkins was known by many in the Charlotte area for her love of fashion, and she's the face behind a popular Instagram account and blog dedicated to designs and style.

Nesha Pai met Watkins like thousands of others —- following her work as a fashion designer on Instagram.

"She had a huge following and people respected her in the profession," Pai said.

She described Watkins as a talented designer who always put her kids first, a 'wonderful mother.'

“I just fell in love with her, the person that she is," Pai said.

The two became friends connecting over their heritage.

"We come from a very highly-pressured culture, for women especially," Pai said. "There is a lot of pressure to be the perfect wife, the perfect mom. ... I feel like with her, we had this bond."

The two's relationship has been very meaningful to Pai, who said she is having a hard time processing this investigation.

Like so many others, Pai is concerned about Vatsla Watkins' safety.

"It doesn't feel real, especially in a community like Charlotte," Pai said. "You hear this and you say, 'God, I hope this isn't the worst of what I think.'"

It was at the Pier 49 Marina by Lake Wylie.

CMPD and Charlotte Fire teams searched the lake by boat, but retired around 5 p.m. Friday. 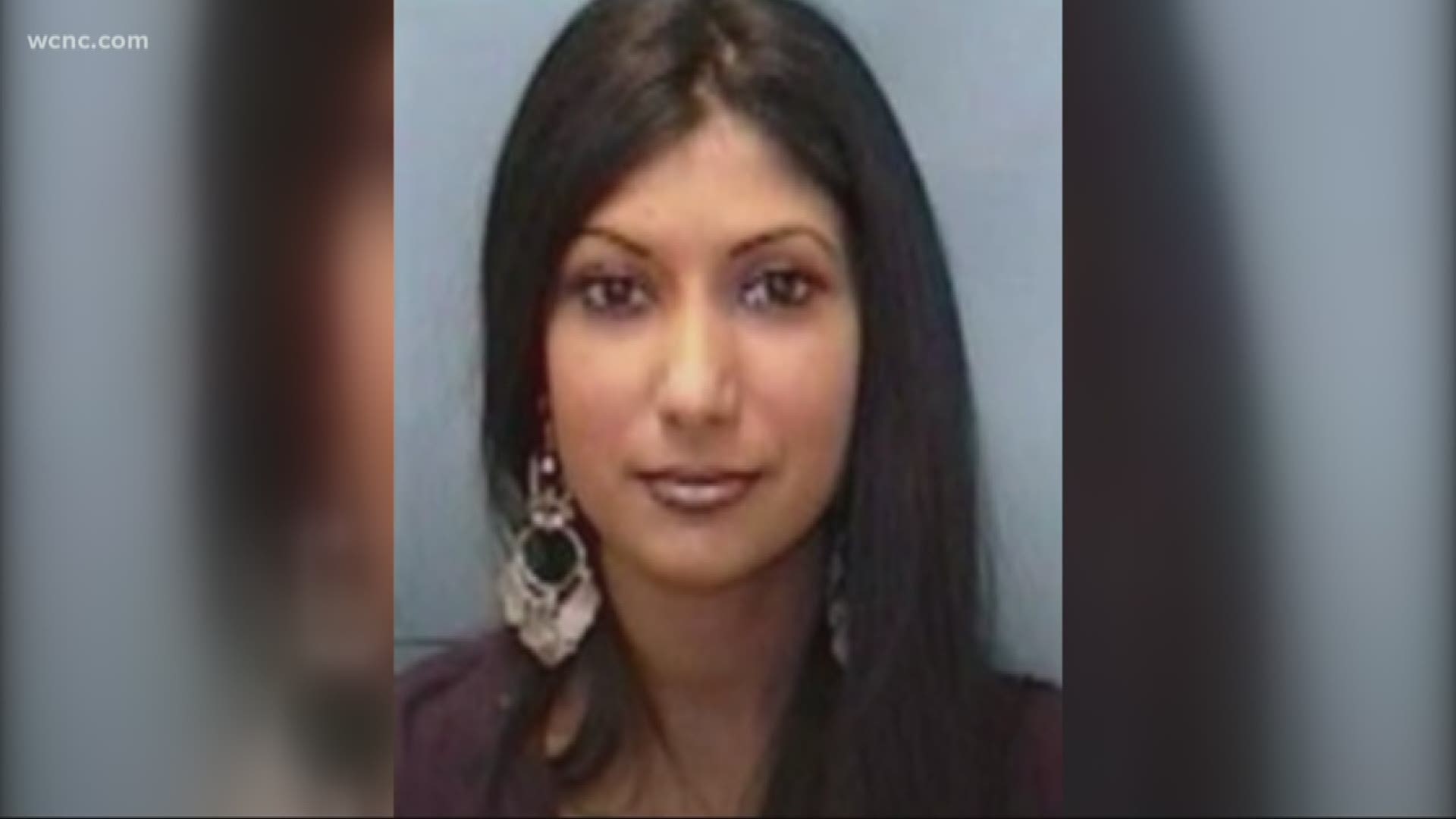 On Saturday, no search teams went out, officials say.

CMPD remains the lead in the case, though it's possible Charlotte Fire could send search and rescue teams to the scene if they chose to, officials say.

NBC Charlotte is working to confirm the current status of the investigation.

Those familiar with Lake Wylie told NBC Charlotte it can be unforgiving, but hope for her safe recovery nonetheless.

"I’ve heard of people getting pulled down by the current before, almost drowning," Rigo Figueroa said. "You know in some of these parts, the water goes 50 feet to 100 feet deep and connects all the way to Catawba." 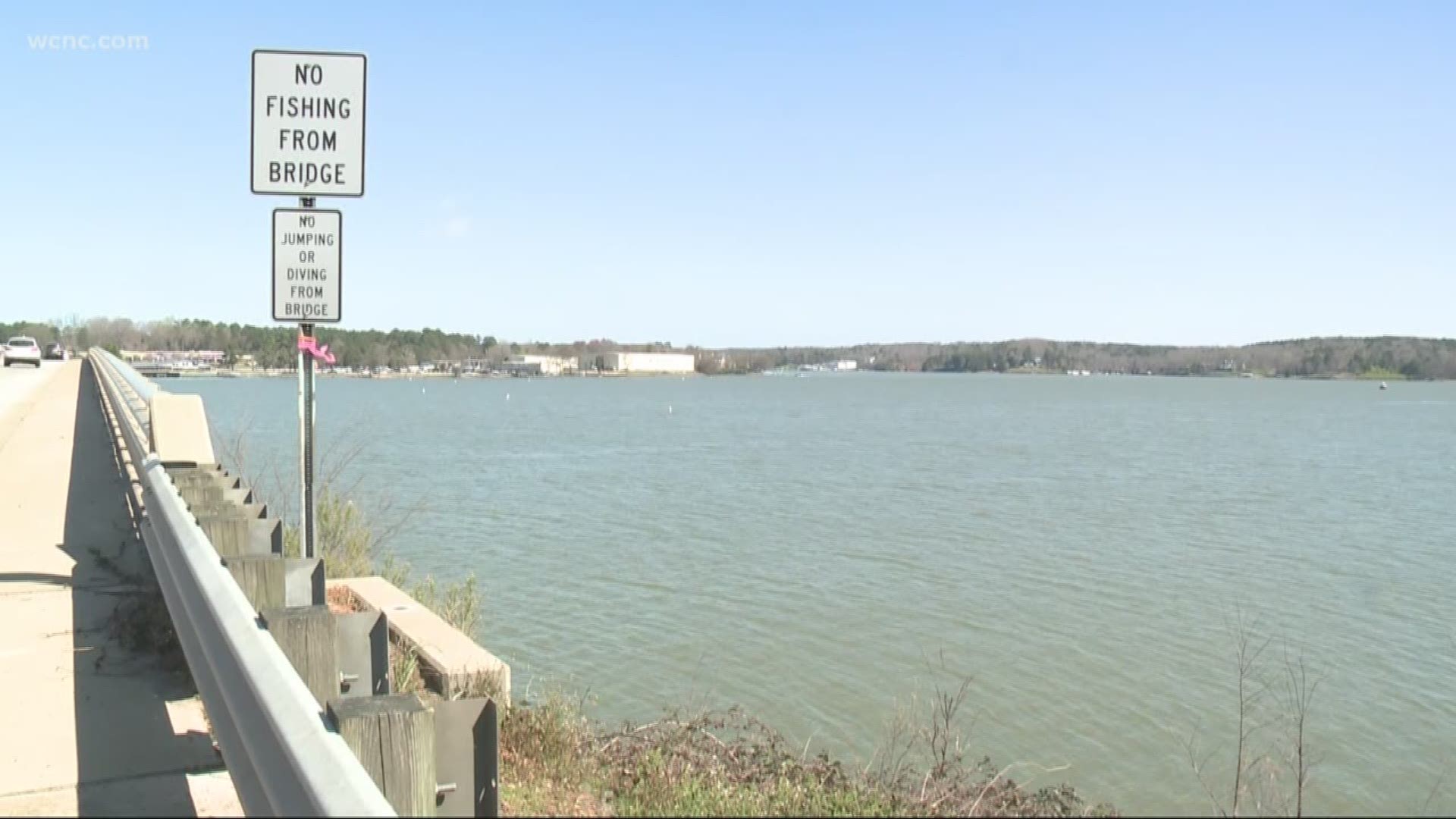 Officials searched the water in the surrounding area in efforts to locate the mother.

About 100 yards from where her car was found, investigators searched water beneath the Buster Boyd Bridge. In addition to searching the water, police and K9s searched the wooded area nearby.

“Hopefully she’s going to be found fine and their two little ones are going to have their mom,” said onlooker, Laura Garrison.

Garrison told NBC Charlotte, while she doesn't know Watkins, she feels she understands the stress she must be under.

"It’s a stressful job to be a mom,” Garrison said.

Vatsla Watkins' impact on the community

In addition to being missed by her loved ones, Watkins' absence is felt by the fashion community due to her online presence as an adored fashion designer.

Her how-to videos, Facebook page and fashion blog Fashion Behind the Seams are followed by thousands.

On her blog, she says she is "absolutely and completely in love with everything sewing, pattern making, and Fashion Design," and says she founded the blog in January 2015. Her 'About' page says she originally started the blog to inspire others to sew.

Her supporters, fans and loved ones have commented on her most recent posts wishing her well, saying they hope she's found safe.

'I have been praying' | As a new week approaches, the investigation continues

Nearly a week from her disappearance, investigators haven't released much information on the case. At this time, officials haven't said whether or not they believe foul play was a factor.

Those who know Watkins continue to hope the investigation will result in good news.

Anyone who has seen Watkins or has any information related to the investigation should call 911 or Crime Stoppers at 704-334-1600.

"I have been praying to God, praying like the rest of Charlotte," Pai said.