Lawson was among the speakers Thursday at the services honoring the life of Rep. Lewis. 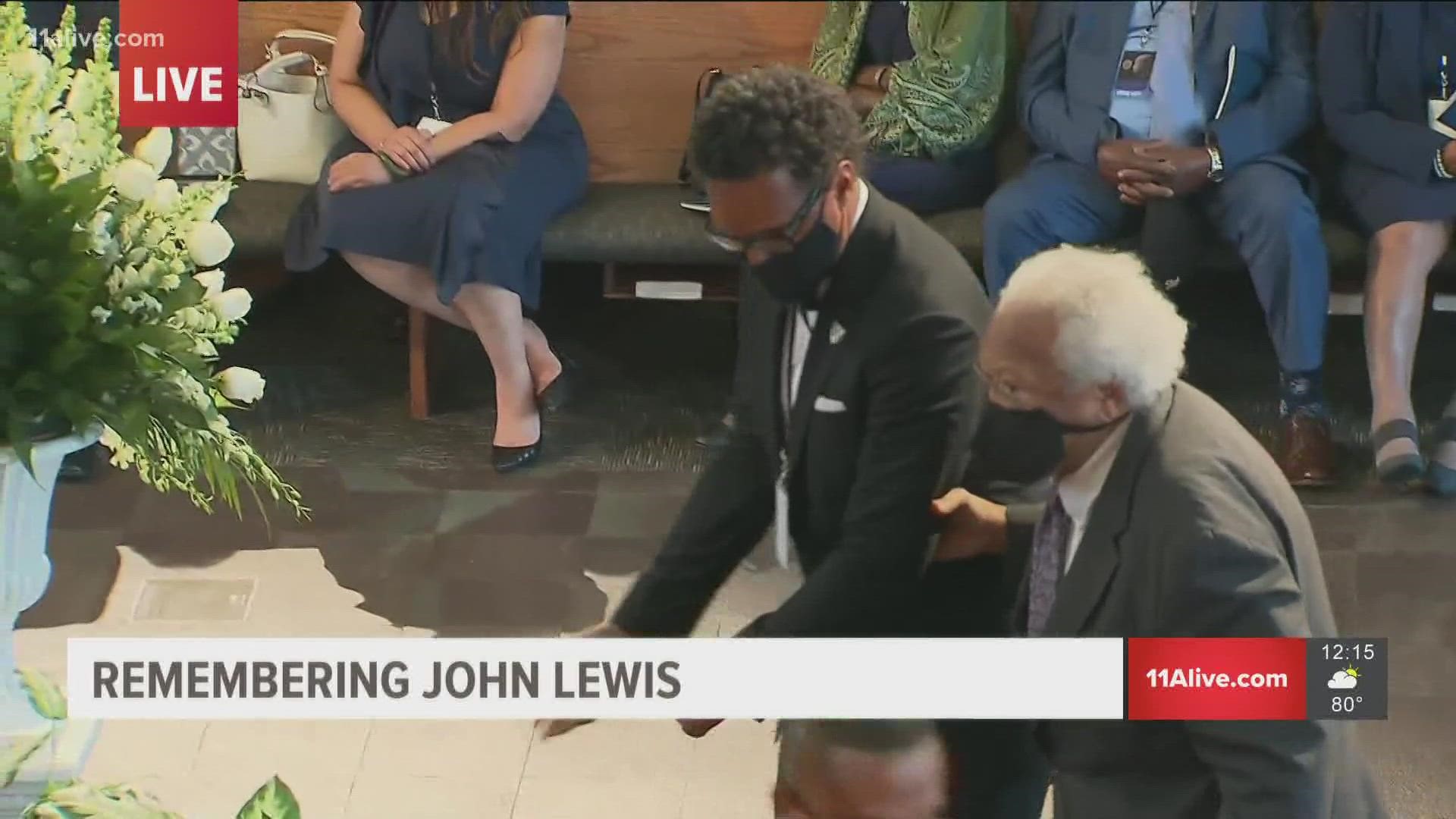 ATLANTA — James Lawson, a towering figure in the nonviolence movement who helped steer the Nashville sit-ins where John Lewis got his first experiences in protest, emphasized the congressman's philosophical underpinnings Thursday in remarks at his services, which he called the opposition to the poisons of "racism, sexism, violence, plantation capitalism."

Lawson spoke at length about the early days of the Civil Rights Movement, which he said is better understood as the Nonviolent Movement of America, and of the effort to desegregate downtown Nashville.

RELATED: John Lewis to be laid to rest in final farewell in Atlanta | Watch live

And he spoke of Lewis as a young man, and of his politics as uncompromising.

Lawson said the early days of the Nashville movement, which were central to Lewis' development as an activist, were motivated by how the collective of mostly students "recognized the wrong under which we were forced to live, and we swore to God that by God's grace we would do whatever God called us to do in order to put on the table of the nation’s agenda: This must end."

And while Lewis is celebrated for the Civil Rights Movement activism that helped lead to changes such as the 1965 Voting Rights Act, Lawson said it was no less important that he helped push toward the realization of programs of that era such as Head Start, which helped establish public housing, and the War on Poverty policies.

To truly celebrate the life of Lewis, Lawson said, "we need the Constitution to come alive - 'We hold these truths to be self evident - we need the Congress and the president to work unfalteringly on behalf of every boy and every girl, so that every baby born on these shores will have access to the tree of life."

John Lewis' life, he said, was a "singular journey" to "see that these forces of wickedness must be resisted."