The university board of trustees in August voted to rename historic Bibb Graves Hall in honor of the late Congressman. 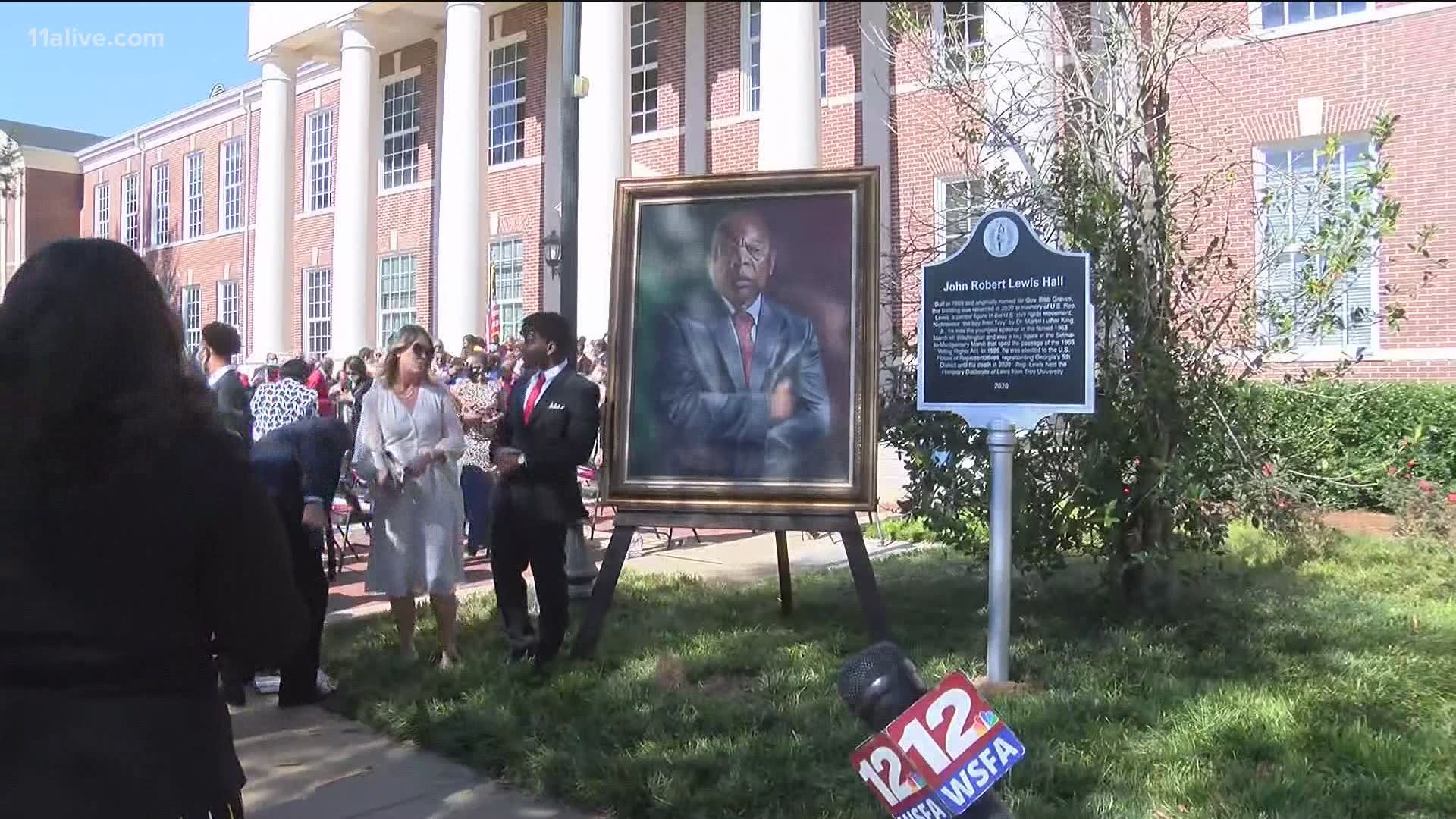 TROY, Alabama — Troy University has dedicated a university building named for late Congressman John Lewis, who had tried unsuccessfully to attend the then-all white school in the 1950s.

The Troy University Board of Trustees in August voted to rename historic Bibb Graves Hall - named for a former Alabama governor who had ties to the Ku Klux Klan - in honor of Lewis.

While Lewis became a longtime Georgia congressman, he was a native of Pike County, Alabama, and grew up not far from the university.

The civil rights icon died of cancer July 17 at the age of 80.

Lewis as a teen applied to the then-all-white university but did not get a reply.