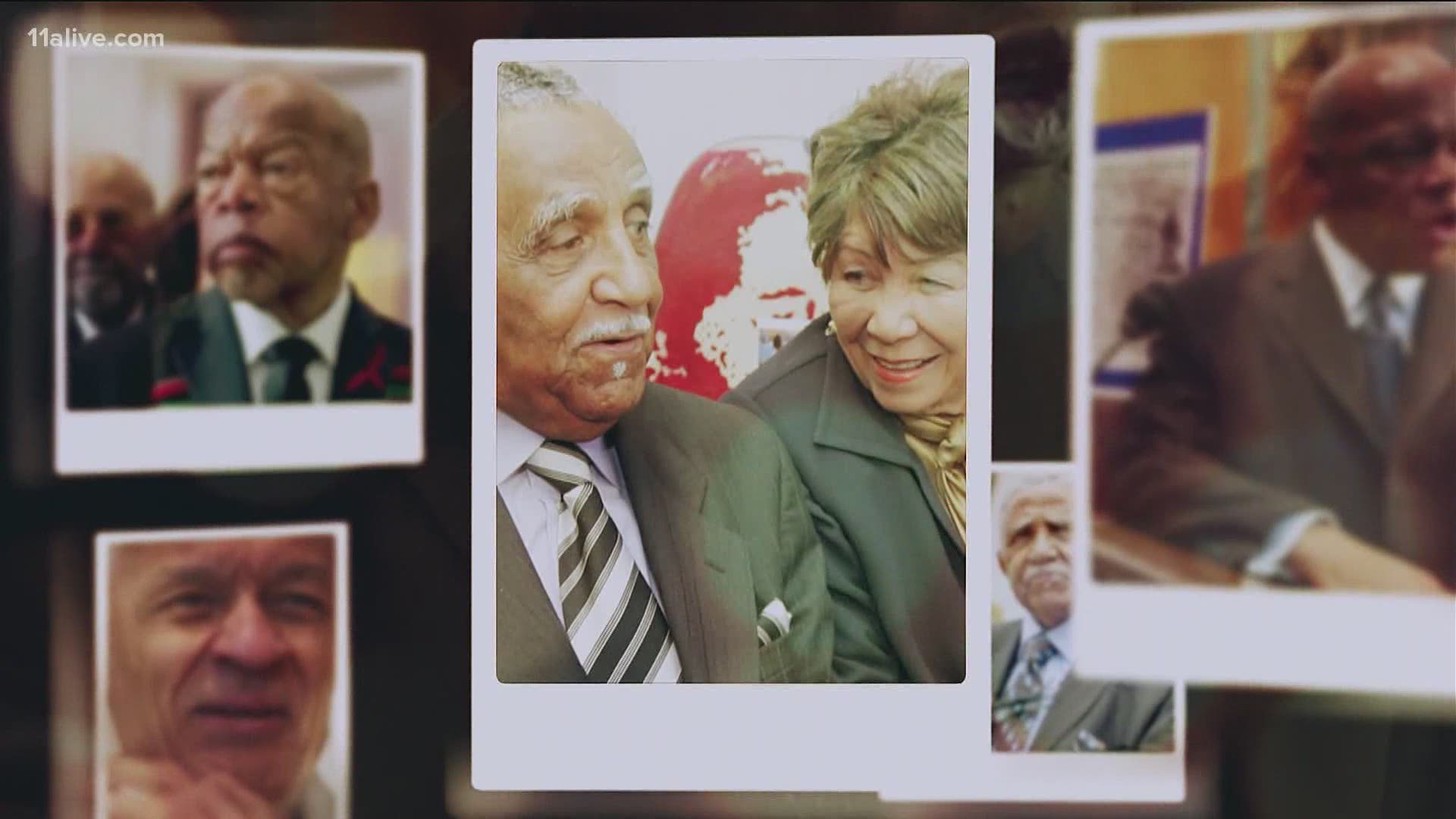 ATLANTA — They are gone but will never be forgotten. The nation is mourning the recent loss of not two but three icons of the civil rights movement with deep ties to Atlanta.

In just four months, Atlanta lost the Rev. Joseph E. Lowery in March and the Rev. C.T. Vivian and Congressman John Lewis who both died just hours apart a week ago. The trio of titans paved the way for countless people, creating a blueprint for changing the world in a nonviolent way – but it wasn’t easy.

They fought against hundreds of years rooted in hatred, bigotry, and, segregation. They courageously marched on, facing vicious attacks and even the constant threat of death.

Lowery had deep ties to the city of Atlanta. He was a founding member of the Southern Christian Leadership Conference (SCLC) and worked side-by-side with Dr. Martin Luther King Jr. during the Civil Rights Movement.

It was an era when America was exposed to racist atrocities on black and white television.

"People no longer could deny that we were fighting madmen," Lowery said.

Dr. Lowery would see the fruit of their labor almost five decades later when he attended the presidential inauguration of Barack Obama.

"We truly give thanks for the glorious experience we've shared this day, we pray now, Lord, for your blessing upon thy servant Barack Obama, the 44th president," Lowery prayed at the momentous event.

Reverend C.T Vivian, an early and key advisor to Dr. King, was part of the Freedom Rides and marches in the 50s. He said, in those days, the strategy to overcome inequality was a two-fold mission.

"We wouldn't have had a movement if it hadn't been for two things: nonviolence, a method," Vivian said.

In 2013, President Obama awarded him the Presidential Medal of Freedom for his leadership during the movement.

The Honorable John Lewis, the man known to look for good trouble, will always be seen as a civil rights pioneer that carried the torch of equality through generations.

"Give us a vote, let us vote, we came here to do our job," Rep. John Lewis once said.

His civil rights resume is filled with historical milestones from being one of the original Freedom Riders to helping organize the March on Washington with Dr. King to being elected to 17 terms in Georgia's Fifth Congressional District.

In his last days on earth, he was still looking for good trouble while supporting the recent Black Lives Matter movement.

On the one hand, we’ve made a lot of progress, but we're not there yet. This legacy of three heroes will always be remembered as paving the way toward equality for millions.