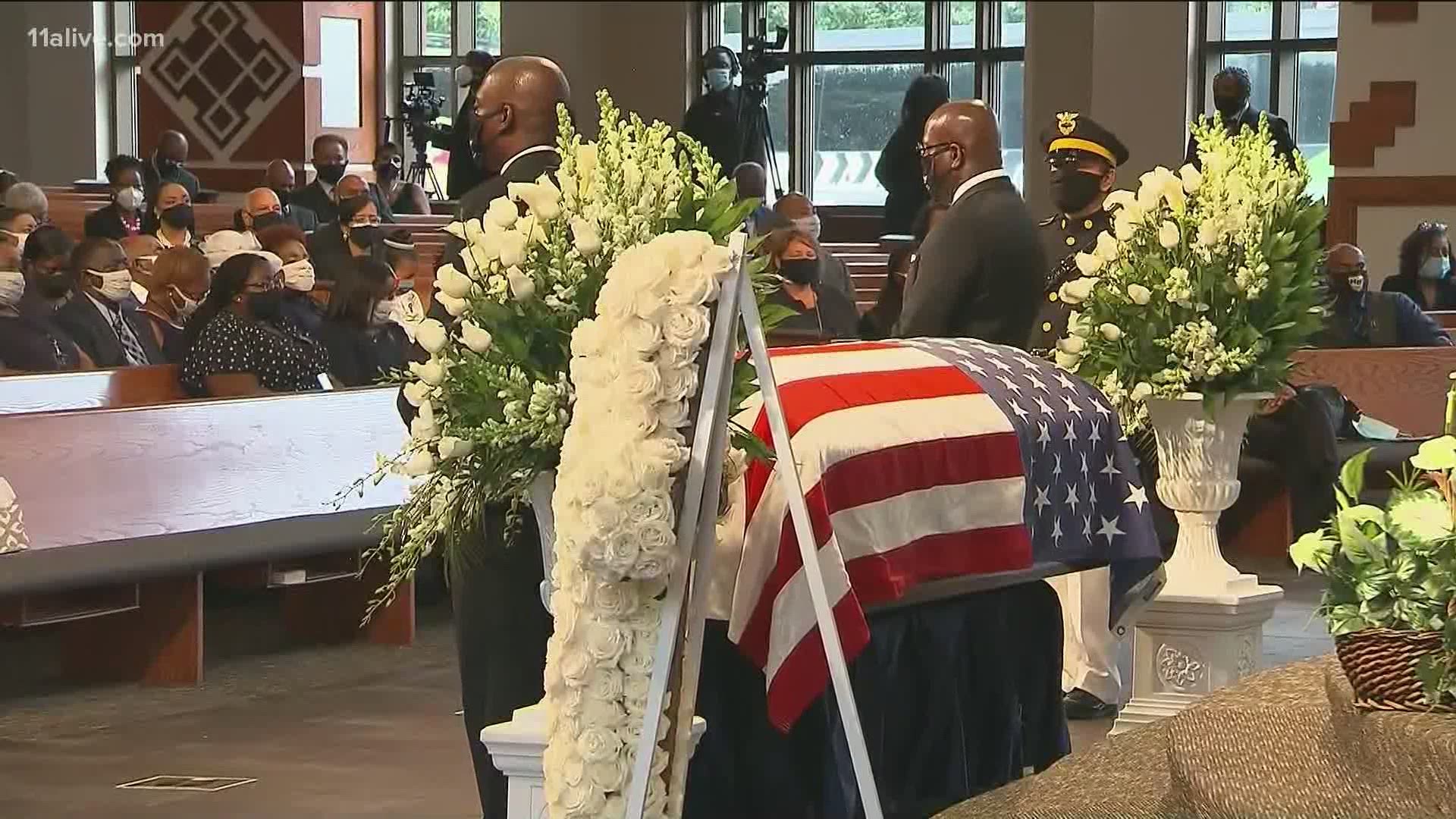 ATLANTA — Opening the services for the late Rep. John Lewis on Thursday in Atlanta, the pastor of Ebenezer Baptist Church, Rev. Dr. Raphael Warnock contrasted the congressman's lifetime of sacrifice and service with "some in high office" who exhibit "political cynicism and narcissism."

The celebration of life is taking place this morning at Ebenezer Baptist, with family, friends, religious leaders and presidents all in attendance to pay their respects to Lewis, an icon of the Civil Rights movement who represented Atlanta in Congress for more than three decades.

Warnock, who is running as a Democrat in the Senate special election in November to fill former Sen. Johnny Isakson's seat, hailed Lewis as a "true American patriot."

RELATED: John Lewis to be laid to rest in final farewell in Atlanta | Watch live

"We are summoned here because, in a moment when there are some in high office who are much better at division than vision, who cannot lead us so they seek to divide us, in a moment when there is so much political cynicism and narcissism that masquerades as patriotism, here lies a true American patriot, who risked his life and limb for the hope and the promise of democracy," Warnock said. "We celebrate John Lewis."

Warnock did not specifically name anyone in high office.

Warnock will again speak as well, closing the services with a benediction.