'Good Trouble' vigils, other remembrances in Atlanta today to mark one year since John Lewis' death

The iconic congressman and Civil Rights hero died at the age of 80 last July 17. 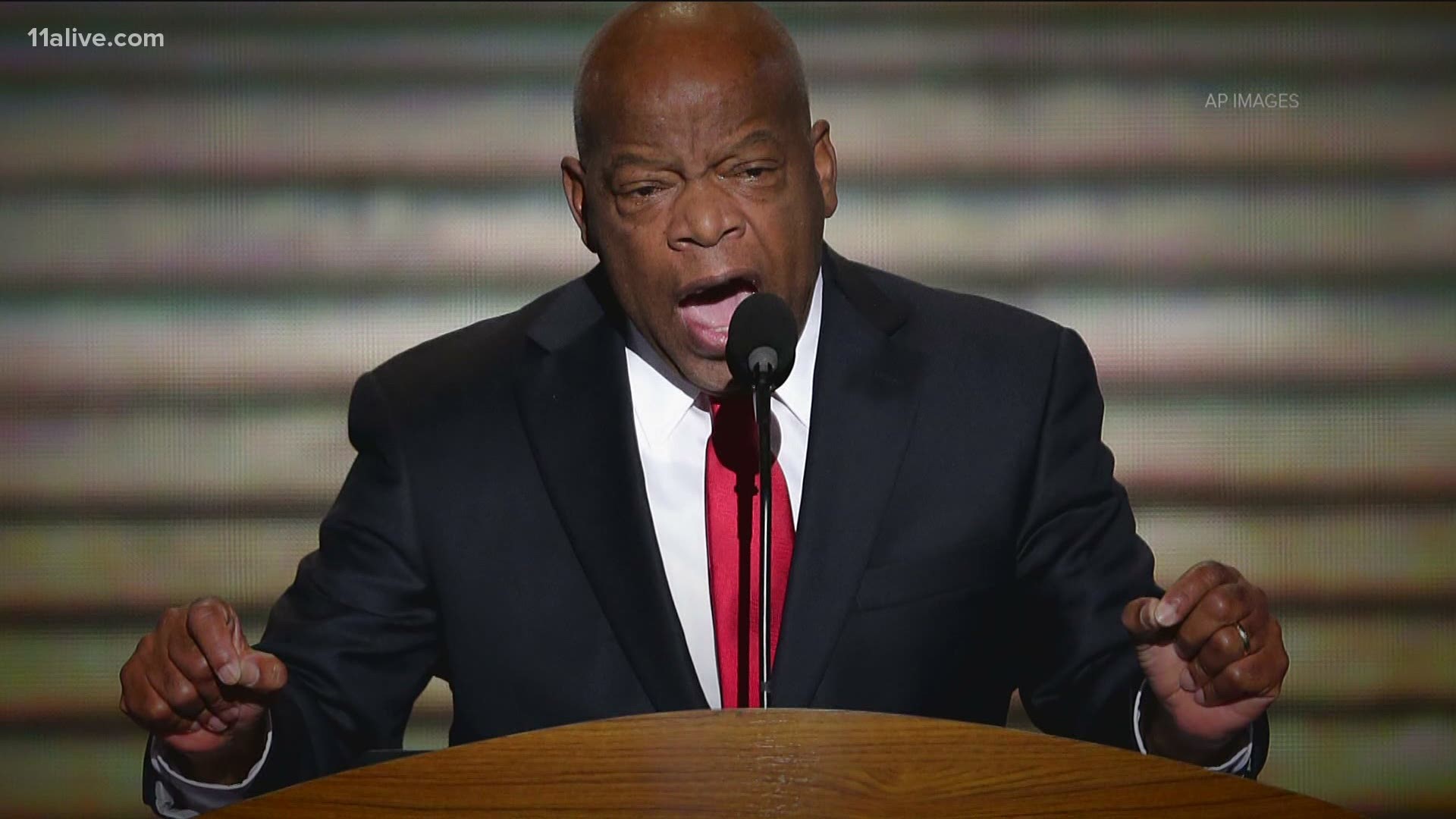 ATLANTA — Today marks one year since the death of celebrated congressman and Civil Rights hero John Lewis at the age of 80.

His death a year ago brought added urgency to the mushrooming national movement to end racial injustice, and one year on his legacy looms as large as ever.

A number of vigils and remembrances are scheduled for Saturday, both in Atlanta and elsewhere in the country, to mark the moment and recall Lewis' impact.

Most prominent among those are a series of "Good Trouble" candlelight vigils. They're being organized by Democratic groups to promote the John Lewis Voting Rights Advancement Act, a push for federal legislation that would counteract Republican-led state laws, such as Georgia's, that have moved to place new regulations on voting since former President Donald Trump's election loss.

Some of the vigils planned for Saturday include:

Elsewhere in Atlanta, a memorial ride is being organized by the Metro Atlanta Cycling Club. That will leave from 502 Pryor St. at 9 a.m.

And in San Diego, Speaker Nancy Pelosi will lead a ceremony to christen the USNS John Lewis naval ship.