His father Julian Bond was the best friend - and then political campaign rival - of Lewis. 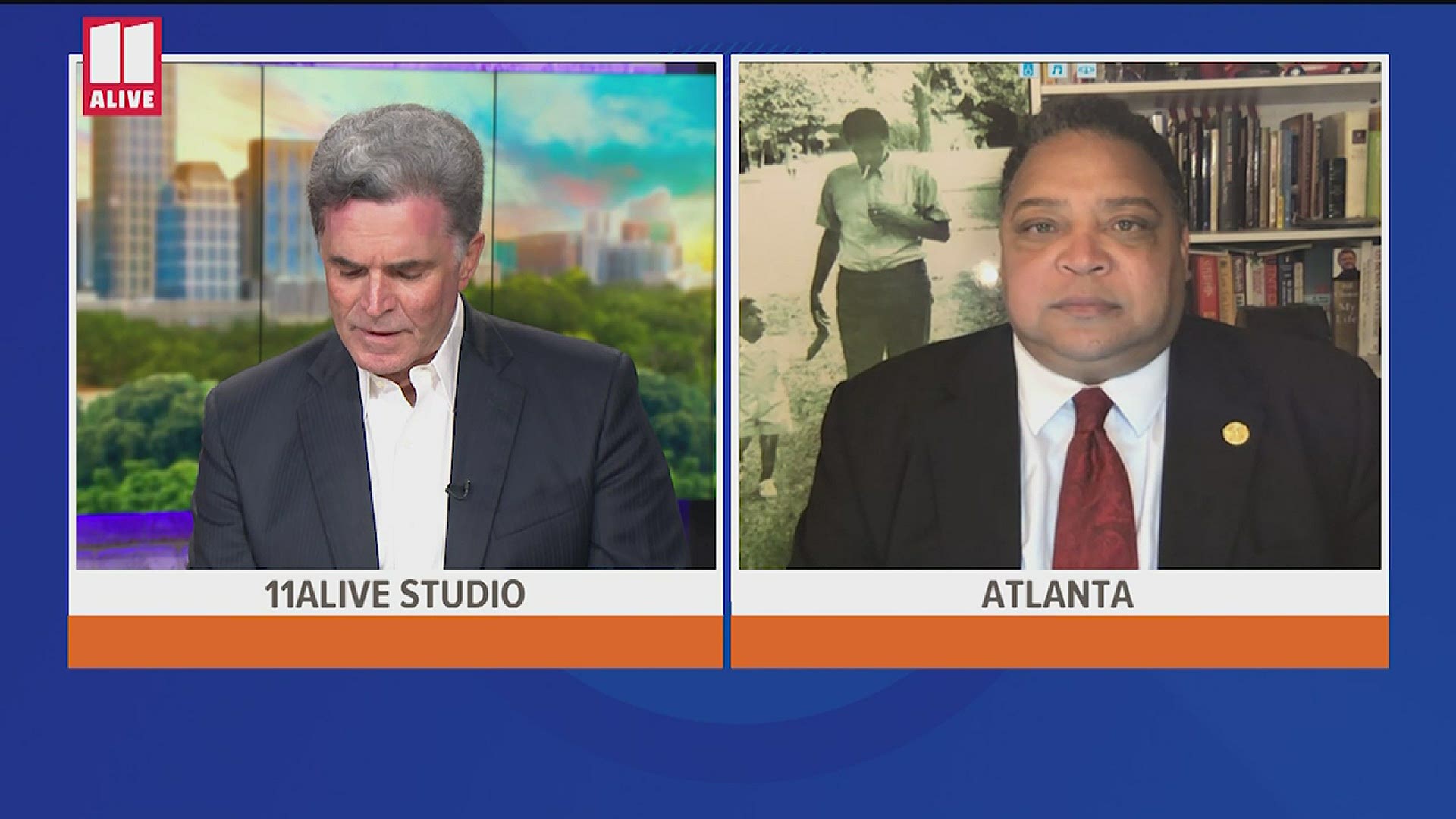 ATLANTA — Atlanta Councilman Michael Julian Bond had one of the closest relationship to the late Rep. John Lewis, one of the most unique views into not just the Civil Rights titan - but the man himself.

His father, Julian Bond - himself a pillar of the Civil Rights Movement - was long Lewis' best friend. And then, in hotly contested 1986 congressional race for the Fifth District seat, his political rival.

Councilman Bond spoke to 11Alive Anchor Jeff Hullinger on Wednesday, as Lewis will be remembered at the Georgia Capitol Building where he will lie in state until later in the evening.

The councilman shared his memories of Lewis as his godfather, how the '86 race changed his father and Lewis' relationship, and how it eventually was repaired.

On the '86 race, which featured a surprising amount of political hostility between two close friends who shared just about everything ideologically

On how the two men reconciled years after the '86 race

On the loss of John Lewis and other recent losses of Civil Rights icons, Rev. Joseph Lowery and Rev. C.T. Vivian.