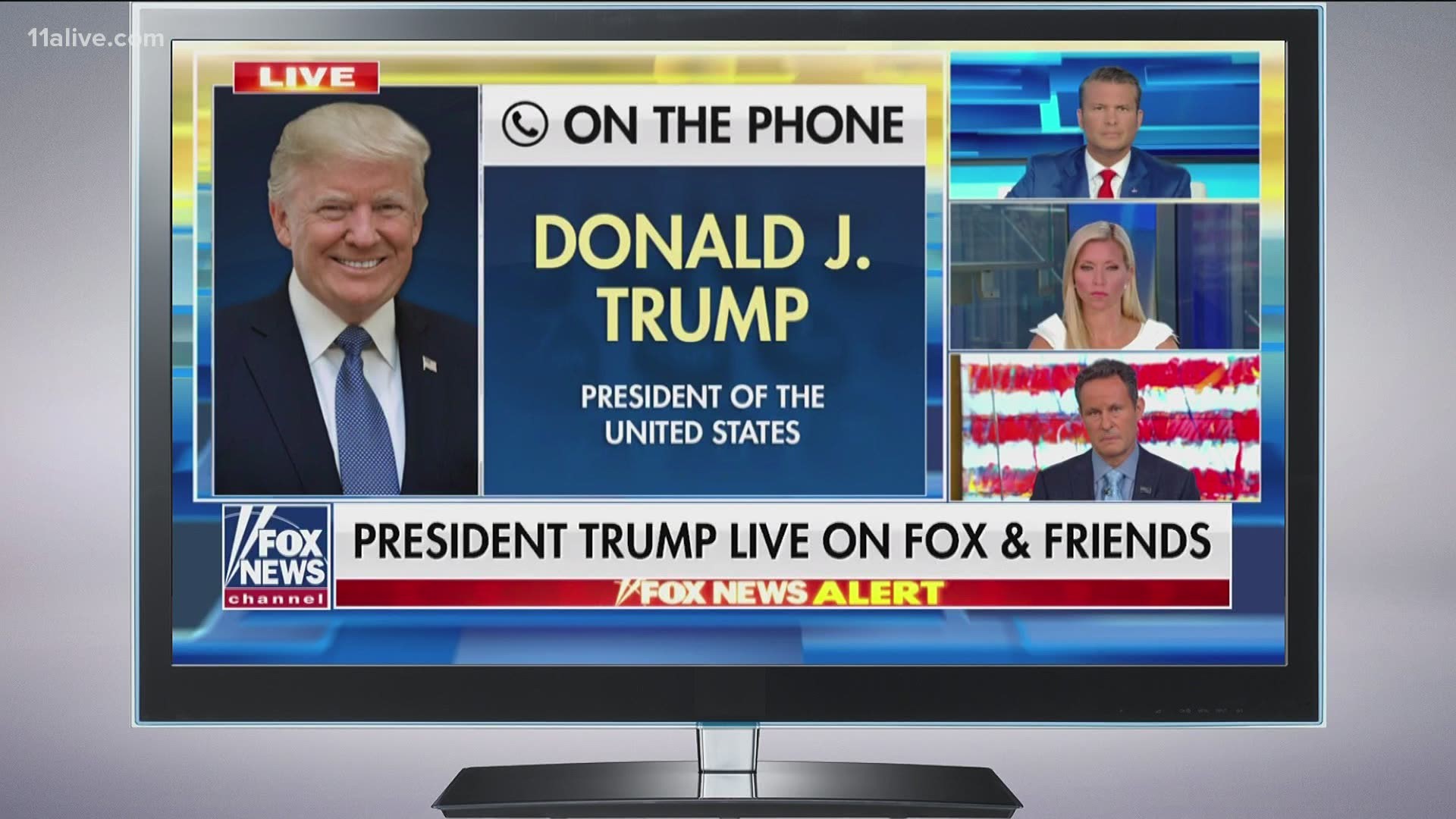 ATLANTA — During a lengthy one-on-one interview, President Donald Trump said the late Atlanta congressman and civil rights legend John Lewis "made a big mistake" by not coming to his inauguration.

Trump was interviewed by Axios journalist Jonathan Swan for the HBO series 'Axios on HBO.'

Lewis passed away on Friday, July 24 following complications from stage four pancreatic cancer. He had served as the US Representative for Georgia's 5th Congressional District since 1987.

Referred to by many as the "Conscience of the Congress," Lewis was a civil rights icon known for his legacy dating to his work with Dr. Martin Luther King Jr. and other civil rights leaders in the 1960s.

Lewis was the youngest speaker at the historic 1963 March on Washington. In March 1965, Lewis, along with Rev. Hosea Williams, led roughly 500 marchers across the Edmund Pettus Bridge in Selma, Ala., en route to Montgomery, Ala., in a peaceful quest for voting rights, only to be met by violent law enforcement officers who beat them in an event that became known as Bloody Sunday.

Trump did not visit the US Capitol when Lewis was lying in state in the rotunda last week. Nor did the president join three of the other four living presidents -- Barack Obama, George W. Bush and Bill Clinton -- for Lewis' funeral services at historic Ebenezer Baptist Church in Atlanta.

Trump tells #AxiosOnHBO that he “can’t say one way or the other” whether John Lewis was impressive.

“He didn’t come to my inauguration.” pic.twitter.com/L0uevhjrG4

During this week's interview, Swan asked Trump how he thought history would remember Lewis.

"I don't know John Lewis. He chose not to come to my inauguration," the president said. "I never met John Lewis, actually. I don't believe."

Swan asked Trump if he thought Lewis was impressive. "Do you find his story impressive?"

Trump then commented on Lewis' historic contributions to the civil rights movement saying, "he was a person who devoted a lot of energy and a lot of heart to civil rights, but there were many others also."

1 / 52
Alyssa Pointer/Atlanta Journal-Constitution via AP, Pool
The scene is set for the funeral service for the late Rep. John Lewis, D-Ga., at Ebenezer Baptist Church in Atlanta, Thursday, July 30, 2020.