Five years ago, on June 17, 2015, nine members of Emanuel AME Church in Charleston were murdered after a Bible study class. 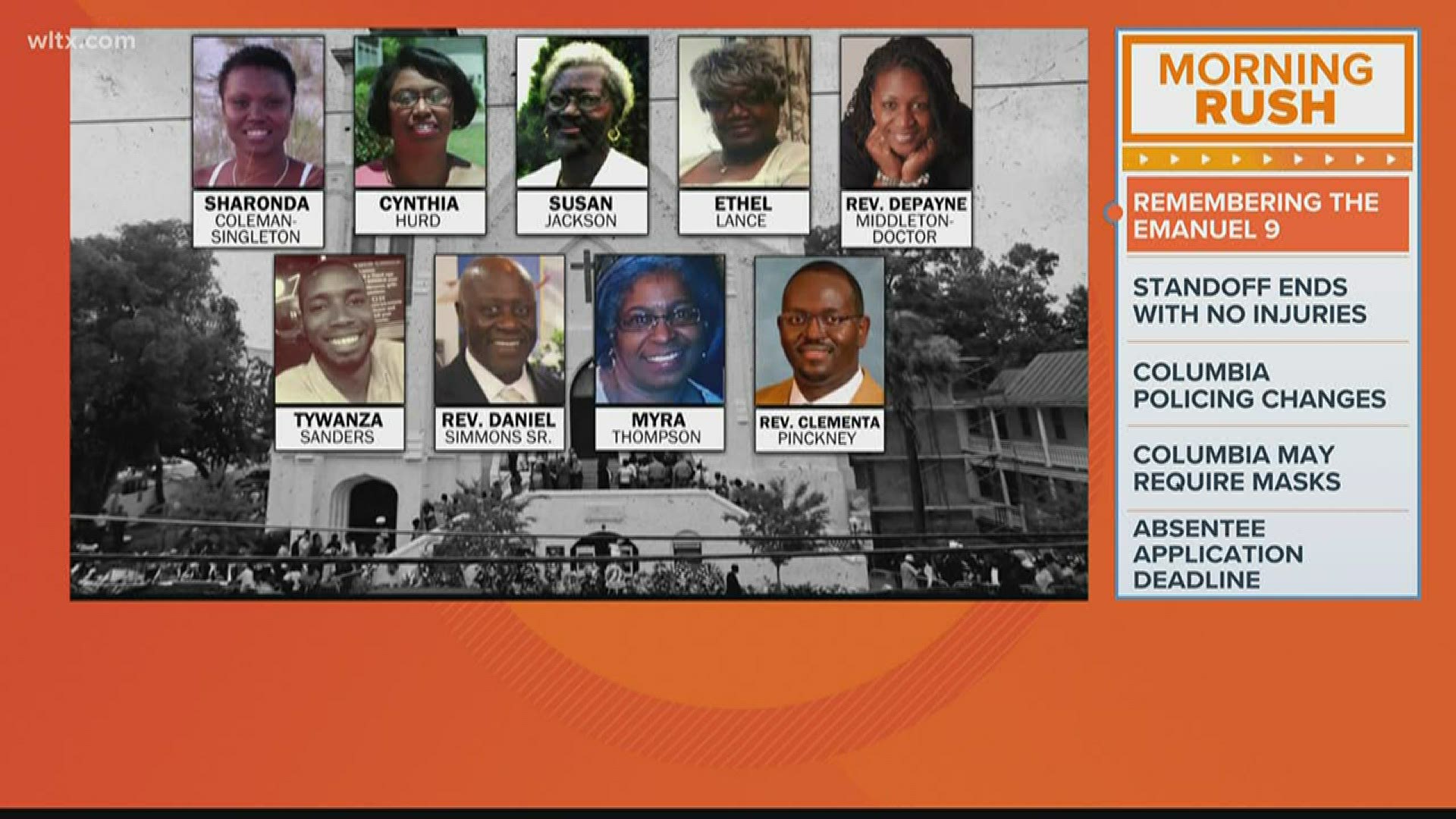 A white man entered the church shortly before the meeting started and sat in with the group, beside Rev. Clementa Pinckney. After prayer was said and the meeting was over, the white man stood up and opened fire on the African American churchgoers, killing nine.

These are the nine:

The Honorable Rev. Clementa Pinckney, 41: Pastor at Mother Emanuel, SC state senator. Pinckney had lead rallies after the shooting of Walter Scott by a North Charleston Police officer and had pushed for legislation requiring police to wear body cams. According to reports, earlier on June 15, he was campaigning with Democratic presidential candidate Hillary Clinton. Pinckney's body laid in state in the Rotunda at the State House in Columbia on June 24. His service was held June 26 at TD Arena at College of Charleston. President Barack Obama gave the eulogy, famously singing part of the hymn “Amazing Grace.”

Tywanza Sanders, 26: Bible study member, grandnephew of Susie Jackson. According to reports, Sanders tried to talk Roof out of shooting the others and was the first person shot after stepping in front of his aunt. Service held at Emanuel AME Church on June 27.

RELATED: 'I thought for sure everybody would die': Charleston church massacre survivor remembers horrific day

Dylann Roof, a 21-year-old avowed white supremacist, was captured on June 18. Evidence presented during Roof's trial included pages from a manifesto he wrote six weeks after the shooting where he states, "I would like to make it crystal clear, I do not regret what I did, I am not sorry, I have not shed a tear for the innocent people that I killed."

What's happened since the shooting:

July 2015: Mother Emanuel establishes The Reverend Pinckney Scholarship Fund to support education for church members, victims of the shooting and their extended families.

July 6, 2015: South Carolina Legislature decides to remove the Confederate flag that had been flying in front of the State House and move it to the Confederate Relic Room and Military Museum.

July 1, 2016: Survivors sue the FBI over the "Charleston loophole" that allowed the shooter to inadvertently purchase the gun used in the massacre. The phrase "Charleston loophole" refers to a "proceed to sale" provision in federal gun laws that allows a person the option to legally sell a firearm after three days, even if a background check is not completed.

February 28, 2019: US House passes S.154, a bill introduced by Rep. Jim Clyburn of South Carolina, that would close the "Charleston loophole" by extending the length of FBI background checks for gun purchases from three to five days and establishing a more uniform and expedient process for reporting and maintaining criminal records.

The Republican-controlled US Senate did not take up the bill, effectively killing it and other bills like it. President Trump had gone on record saying he would veto the bill had it passed.

June 17, 2020: US Rep. and Majority Whip Jim Clyburn and Rep. Joe Cunningham host a virtual forum on the 5th anniversary of the Mother Emanuel tragedy to call for action on gun violence, police brutality, and systemic racism. They will be joined by Rev. Eric Manning from Mother Emanuel AME Church, State Rep. Marvin Pendarvis, Everytown for Gun Safety, and community activists. The virtual meeting will be at 4 p.m.

June 17 and 19, 2020: "Emanuel" re-released for viewing. Details at emanuelmovie.com. It is currently available through Spectrum On Demand.

South Carolina Governor Henry McMaster issued this formal statement on the anniversary of the shooting at Mother Emanuel AME Church:

“Five years ago, we lost nine beautiful souls at Mother Emanuel and our state was shaken by an unspeakable act of hatred and ignorance. But evil did not win the day. Love, compassion, strength, and faith – exemplified by the families of the Emanuel 9 – reigned supreme.

"We must not simply remember the lessons learned that day and in the days and weeks which followed. We must carry them with us each day, recognizing that although evil and tragedy exist, the unifying effects of grace and love abound and conquer all.”

From US Senator Lindsey Graham:

“Five years have passed and it still feels like a bad dream, but we know it actually happened. The senseless murder of nine parishioners at Mother Emanuel hit South Carolina like a ton of bricks. It remains hard to understand how anyone could have so much hate in their heart. To be welcomed into a church, worship with the parishioners, and then turn around and shoot them in cold blood remains one of the most horrific acts ever recorded.

“Then just days after this horrible tragedy, the people at Mother Emanuel showed a level of love and forgiveness that was truly unimaginable. It was an act that is rarely seen. I personally cannot imagine turning to the person who killed my family members saying I forgive you. I know that type of grace can only come from God. Of all the things that I've seen in public life, the words from the family members continue to amaze me to this day. You must truly have the love of the Lord in your heart to be able to muster that kind of forgiveness.

“On the five year anniversary, we think of those who lost their lives and the families left behind. The Christmases without loved ones. The birthdays missed. Our hearts are still broken and our prayers remain with the parishioners at Mother Emanuel.”

“We will never forget the impact of this horrific crime upon the victims, survivors, family members, and the Mother Emanuel AME Church. Now, more than ever, their response of love and peace continues to reverberate throughout our state and country. Our office is honored by the privilege of having walked with the survivors and family members as we sought justice on their behalf. They will forever remain in our hearts.”