Animal rescuer: Properties where 300 German Shepherds lived in neglect were like 'third-world country'

The woman authorities say is responsible could be charged with a criminal count for each animal they found abused, which was nearly 300. 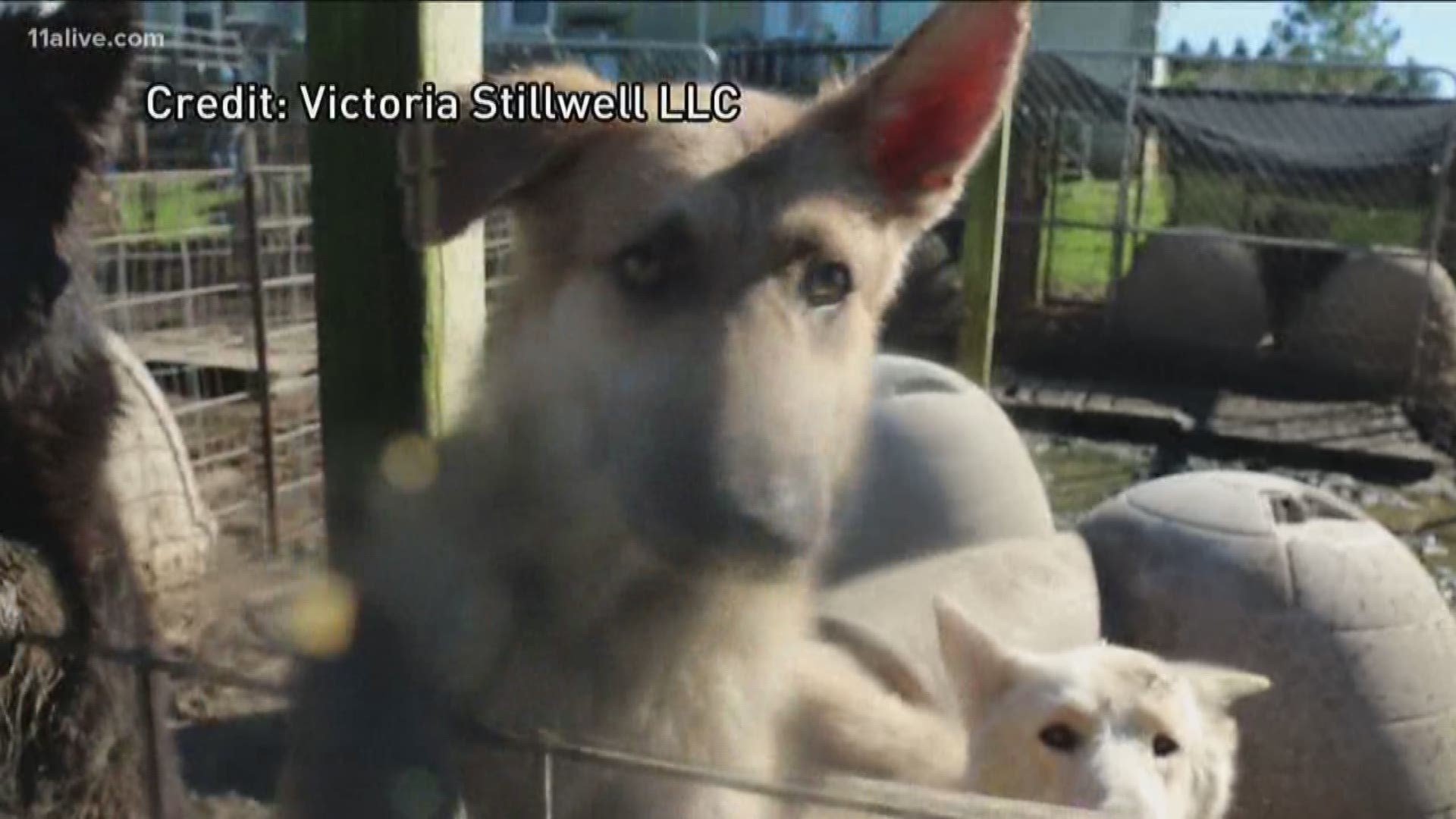 A woman was arrested for allegedly running an illegal breeding operation to sell German Shepherds.

Authorities arrested Angela Powell who is accused of running the breeding operation out of two different properties in two different counties.

After they were discovered, dozens of people came together to rescue hundreds of dogs.

Grace Hamlin, an animal advocate who works with W-Underdogs said she was shocked by what she saw in Montgomery, Georgia, just outside of Savannah.

"It's a nightmare to believe that people and animals live like this," she said. "It did not feel like I was in America when I was there, it felt like I was in a 3rd world country."

The Atlanta Humane Society went to Candler County, Georgia where the Sheriff charged Powell with a felony for animal cruelty.

Criminal investigators with the Atlanta Humane Society combed through the scene for evidence. Authorities said Powell could be charged with a criminal count for each animal they found abused, which was nearly 300.

"Beautiful dogs, loving dogs, that were living in the most horrific conditions," Hamlin said. "It's really heartbreaking, because she could have gotten away with it."

Now these dogs need homes. Visit the Atlanta Humane Society's website to find out how you can adopt a pet.

* 12-year-old makes wheelchair for disabled dog out of LEGOs