Shelly the shelter cat quickly earned her keep when she came out of a fight with a copperhead snake victorious. 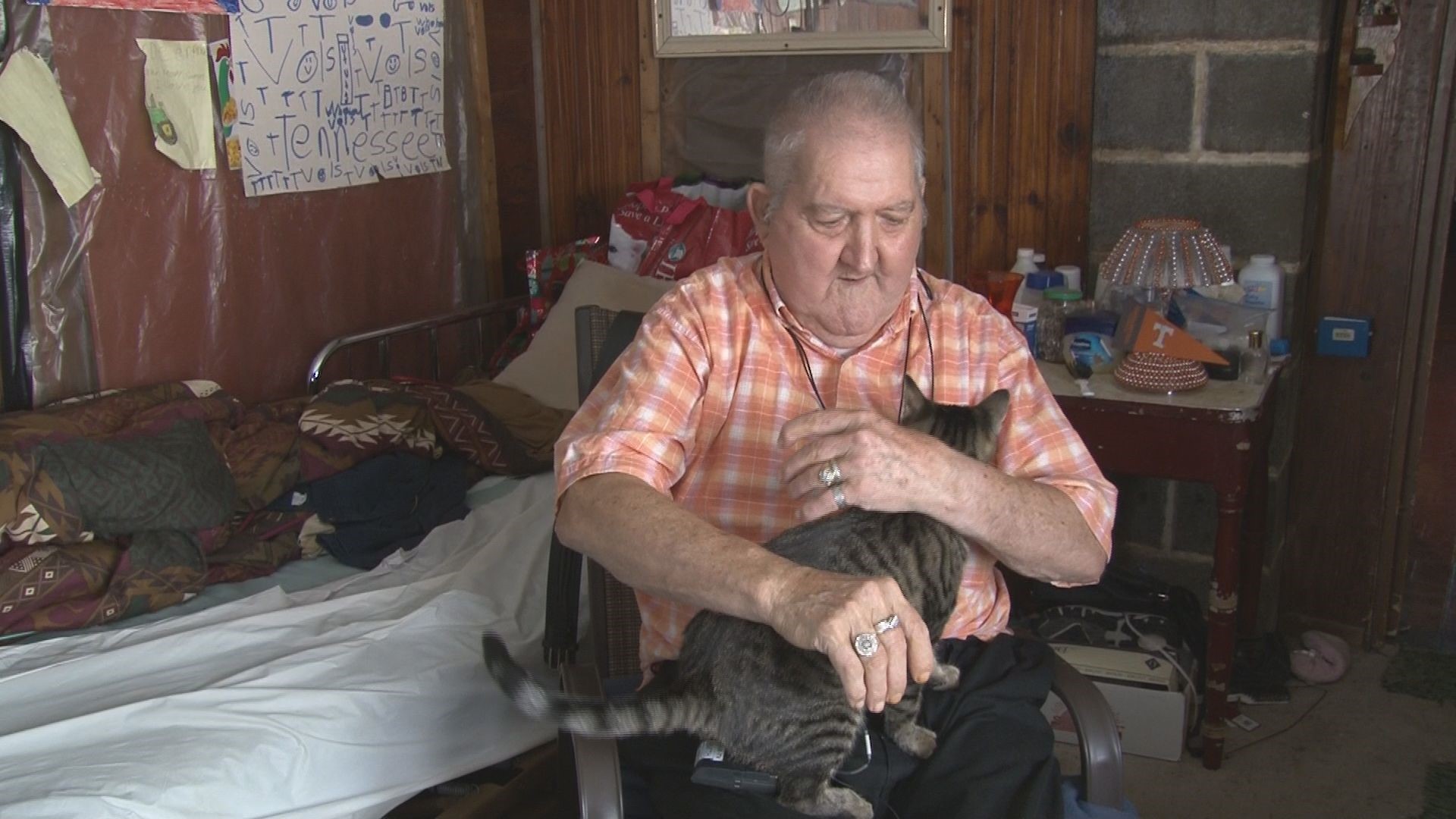 The 81-year-old stroke victim now lives alone, and wanted a cat as a companion.

That's where Shelly the shelter cat comes in to the picture.

"He loves her, he doesn't wanna act like he pays attention but I've caught him actually petting and loving on her," said Nelson's daughter Teresa Seals.

Seals picked out the cat from the Claiborne County Animal Shelter, and never thought Shelly would so quickly earn her keep.

"I think the Lord sent the cat to us to save my dad," said Seals.

Sent the cat to save him from a copperhead snake that got into the house.

RELATED: Copperhead or corn snake? How to tell if that snake you're staring down is venomous

"I've killed a million copperhead and rattlesnakes here on the place, but that was the one time it was close," said Nelson.

In the 60 years he's lived in his house in Speedwell, a snake never got inside.

Nelson heard a noise in the middle of the night and thought it was just the cat playing. Then he saw it a couple days later.

"I got out and looked under the table and there laid a snake," said Nelson.

What he saw was a dead copperhead a couple feet long blending in to the kitchen floor.

"On the side of the snake's neck and head there were claw marks and one big slash, so we knew right then that the cat had definitely killed the snake and then brought it out a few days later to show it to her little dad," said Seals.

RELATED: How to deal with copperheads during their most popular season

Shelly the shelter cat made it out of the snake fight unscathed. If it weren't for her, Seals fears her dad would have been hurt.

"It was predestined for him to have this cat just to save his life," she said.