It turns out the same cancer drug so instrumental in helping children is also used to treat pets. A shortage is forcing vets to look at rationing the medicine. 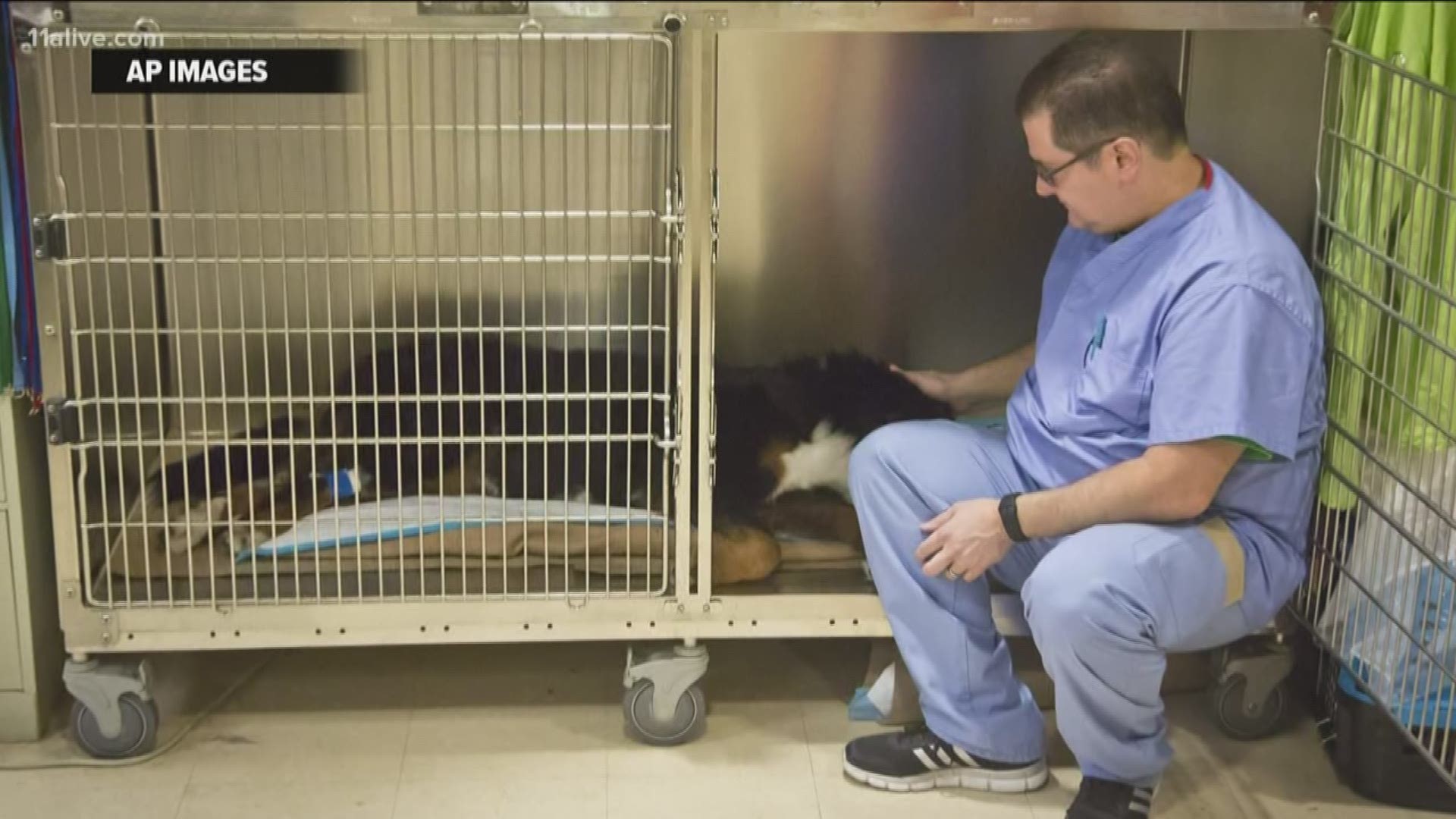 In July, drug company Teva announced it would stop making vincristine. That left Pfizer as the only company producing the drug in the U.S. As it moves to ramp up production to meet demand, children and animal cancer patients could both be without their best chance at survival.

On Wednesday, 11Alive introduced you to Hailey Allen and her daughter, who was diagnosed in May with stage four sarcoma in both her legs.

Doctors have given Allen's daughter a 20 percent chance to live with a necessary treatment called vincristine. It is also known by the brand name Oncovin.

The Mayo Clinic said the chemotherapy drug works by stopping the growth of cancer cells. It's used to treat a common form of childhood leukemia and other cancers in children and adults.

The American Cancer Society estimates there will be nearly 6,000 new cases of acute lymphoblastic leukemia in 2019. Children account for 60 percent of cases with the highest risk of children under five.

Vincristine is a drug veterinary oncologists also count on to treat dogs with cancer.

"It is very difficult," Dr. Kevin WInkler with Blue Pearl Pet Hospital said. "It becomes a challenge when the primary drug you want to use for a problem isn't available."

Winkler said they have the supply right now to treat K-9 patients. But, if a shortage continues, vets would need to ration supplies so human cancer patients receive treatment first. And this shortage is nationwide.

"A nightmare scenario is not a stretch," said Dr. Nathan Gossai.

Gossai is a pediatric oncologist at Children's Minnesota where about a thousand children are treated each year for cancer.

"There's never been anything that has been as effective," he said.

Vincristine, he said, is the best option. So, a shortage would impact the majority of patients.

"Right now, we have been able to get all the patients the therapy they need, but by no means are we out of the woods," Dr. Gossai said.

Teva Pharmaceutical won't publicly say why it stopped making the drug. But Food and Drug Administration records list it as a "business decision."

Pfizer's supply online is listed as "depleted" but the company said it is tripling products to meet demand. FDA records show distribution should resume by the end of the month with stock estimated to return to normal in December and January.

Earlier in the week, 11Alive also spoke with the family of a 14-year-old Atlanta boy named Ethan. His family said they went to Children's Healthcare of Atlanta on Tuesday but the hospital didn't have enough vincristine to treat Ethan. Children's said treating its patients is its top priority and they're monitoring supply closely.