Wheelchair-bound dog returned for fourth time | Heads back to jail

Hearts are breaking for Bandit, a special needs pup in Gwinnett County who just can't seem to find his forever home. 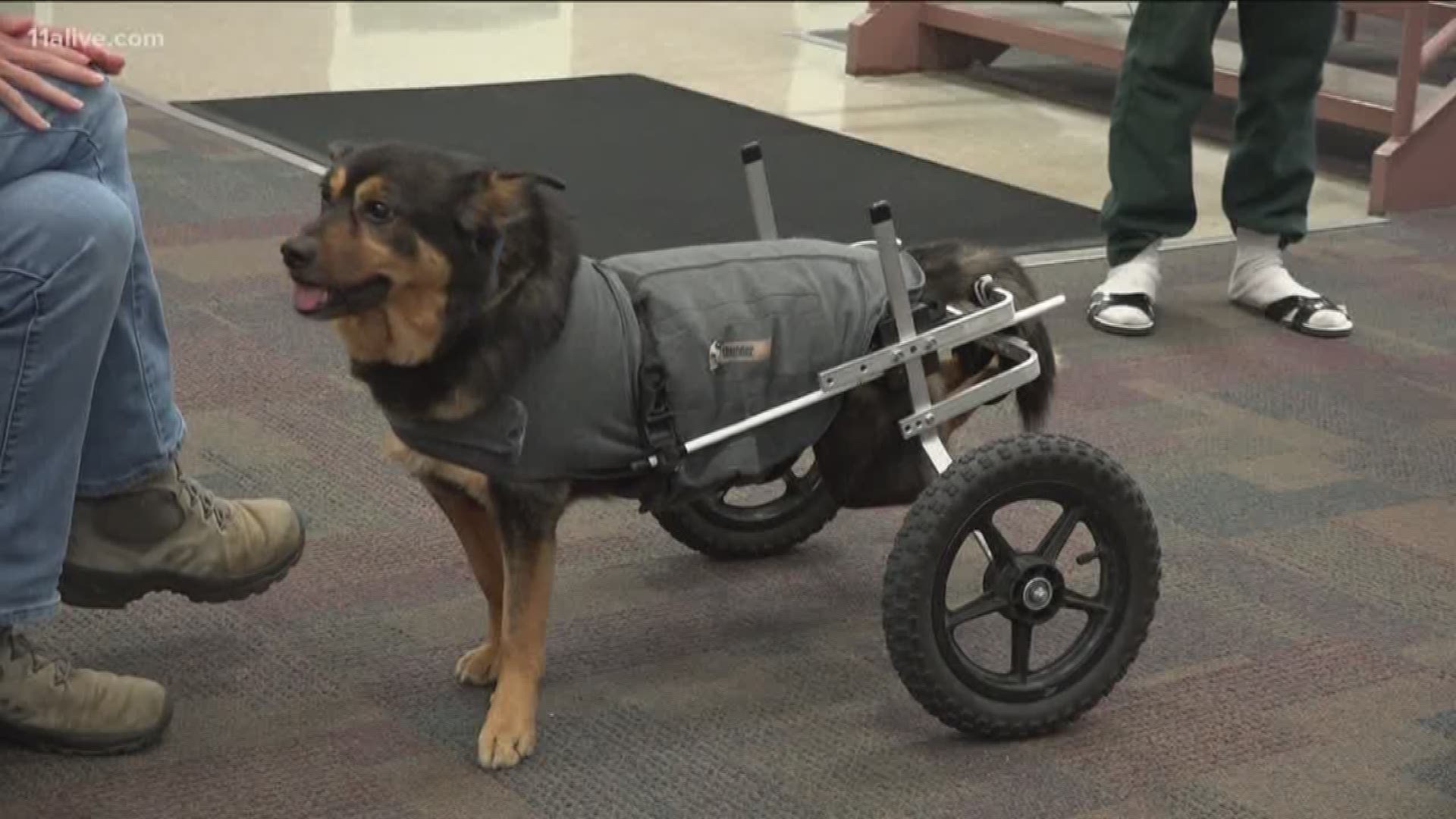 It's a story that continues to look like it's going to have a happy ending for a dog in a wheelchair. But we're sad to report that Bandit has returned to his family - in jail.

He's a resident of the Gwinnett Jail Dogs Program and the inmates who care for him said he's an incredible dog who deserves a loving home.

Bandit has picked up a few things during his four long years in the Gwinnett County Jail. He lost the use of his back legs when he had a rare reaction to heartworm medication. But he doesn't let that slow him down.

"He is a cool dog," inmate handler Jordan Buchner said. "He'll ride with you everywhere you go."

Buchner said Bandit gets along great with other dogs and kids. He knows a ton of tricks and he loves carbs.

No expensive dog treats for the family who finally adopts the little guy - just a bag of Wonderbread and he'll do whatever you want.

While he's a cheap date, he definitely needs a little extra love and care.

"He just needs a special family," Gwinnett County Sheriff's Office spokesperson Shannon Volkadov said. "A family who can spend a little more time to help him out."

Volkadov has watched Bandit get returned to the jail - one failed adoption after the next.

"It is always disappointing to see Bandit come back - but particularly the last time," she said.

Volkadov really though the fourth time was going to stick. Bandit has to use the wheelchair to get around and needs help going to the bathroom. So she understands why it's so hard for him to find the right family.

"It's really heartbreaking," she said.

Now, she's hoping the fifth time will be the charm.

It's even harder to get Bandit adopted because he lives at the jail. So, he's not out about in the community - and not everyone can just go visit him.

But, they're willing to bring him out to meet whoever they think could bring him to a loving home - for good this time.