After Conrad Volk wished for 99 birthday cards for his 99th birthday, family members posted his wish on Facebook. The response they got was overwhelming. 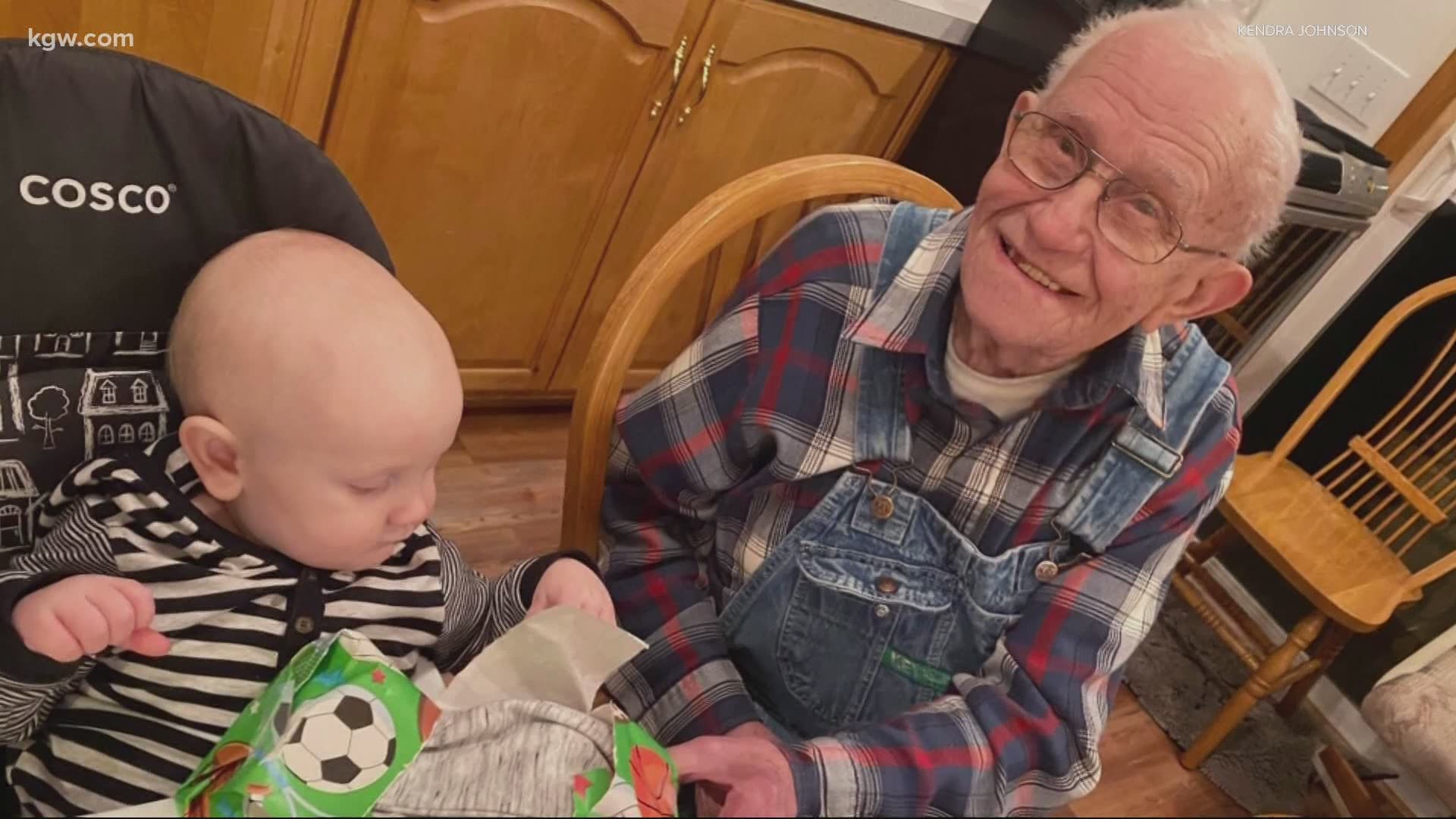 SWEET HOME, Ore. — This week marks a big milestone for one Brownsville man who is turning 99 years old on Wednesday.

This year, on his 99th birthday, a lot of people, some he doesn’t even know, are helping him celebrate.

First, word spread among friends and family. Johnson said she heard about the effort to get Volk 99 birthday cards from her aunt. Then, Johnson decided to put up a post in a couple of groups on Facebook, in an effort to make his birthday extra special.

The response was overwhelming.

“I have over 400 people who have commented on it,” said Johnson.

“They want to personalize it. Like, what does he like? What does he enjoy, so I can make it something that he will really be able to relate to when he opens the card. So, there have been a lot of really awesome people reaching out. We’re thankful for that,” she said.

As of Monday, Johnson had received more than 100 cards, but that may not include cards other family members have collected as well.

“He’ll probably be reading birthday cards for his whole 99th year at this point,” said Johnson.

Meantime, when we asked Volk what he wished for, he said he didn’t have a birthday wish.

“I’m at that age where I don’t need nothing,” said Volk.

While he is healthy and able to walk on his own, he said he feels the effect that nine decades has put on his body.

Volk grew up on a farm in North Dakota. He was a farmer, like his father, prior to going to work as a security caretaker at the University of Minnesota. He went to Minnesota after being drafted for the Army, but was deferred. He said he moved out to Oregon to be closer to his daughter and to marry his wife.

The outpouring of support for his birthday may hold even more meaning this year. In 2020, Volk lost his wife of almost 30 years, Jennie.

“She was a good companion, loving, caring, all that good stuff,” said Volk.

Credit: Kendra Johnson
Volk and his wife Jennie, who passed away in 2020

We spoke with one of Volk’s daughters over the phone who said even in their older age, Volk did his best to take care of Jennie while she suffered from dementia.

“It was really hard for him. He still tried to take care for her,” said Volk’s daughter.

While the pandemic has been isolating, Volk has been fortunate to have his family in both Minnesota and Oregon. Over the weekend, family in Sweet Home celebrated both Volk turning 99 years old and Johnson’s son, Jude, turning one. Combined, they celebrated 100 with matching Mickey Mouse cakes.

Johnson believes his young-at-heart personality, active lifestyle, and time spent with family all contribute to his long life.

“There’s a big family that loves him and we’re all happy to see him at 99. It’s a big blessing,” Johnson said.

She said Volk loves being outdoors, gardening, and wood working. He’s active and even as recent as last summer, family had to stop him from mowing the lawn with a push mower. He’ll often play with the kids and sometimes will pick weeds in the pasture.

When asked about the biggest difference he sees these days as compared to his earlier years, Volks said back when he was growing up, people helped each other a lot more.

“People stuck together more way back then and money didn’t mean that much. If you helped somebody out, you ask them how much they want, nothing. You can help me back someday, that’s the way it used to be,” Volk said.

These days, he said if people stuck together more and helped each other, people might get along better.

He hopes that his longevity rubs off on anyone he meets. For now, he’s content with what he has.

“Got good friends, good neighbors, and all that good stuff,” said Volk

While Volks already has a positive outlook on life, Johnson said she thinks he’ll be happy to receive so many birthday cards.

“Especially with everything going on, so many people are isolated. But there is a big sense of community there. Everybody wants to come together and do something for someone and it’s really nice to see that hasn’t gone away,” Johnson said.