Recent terrorist-type acts of violent Anti-Semitism in the Northeast have sparked a strong movement for Jewish and community unity in Metro Atlanta. 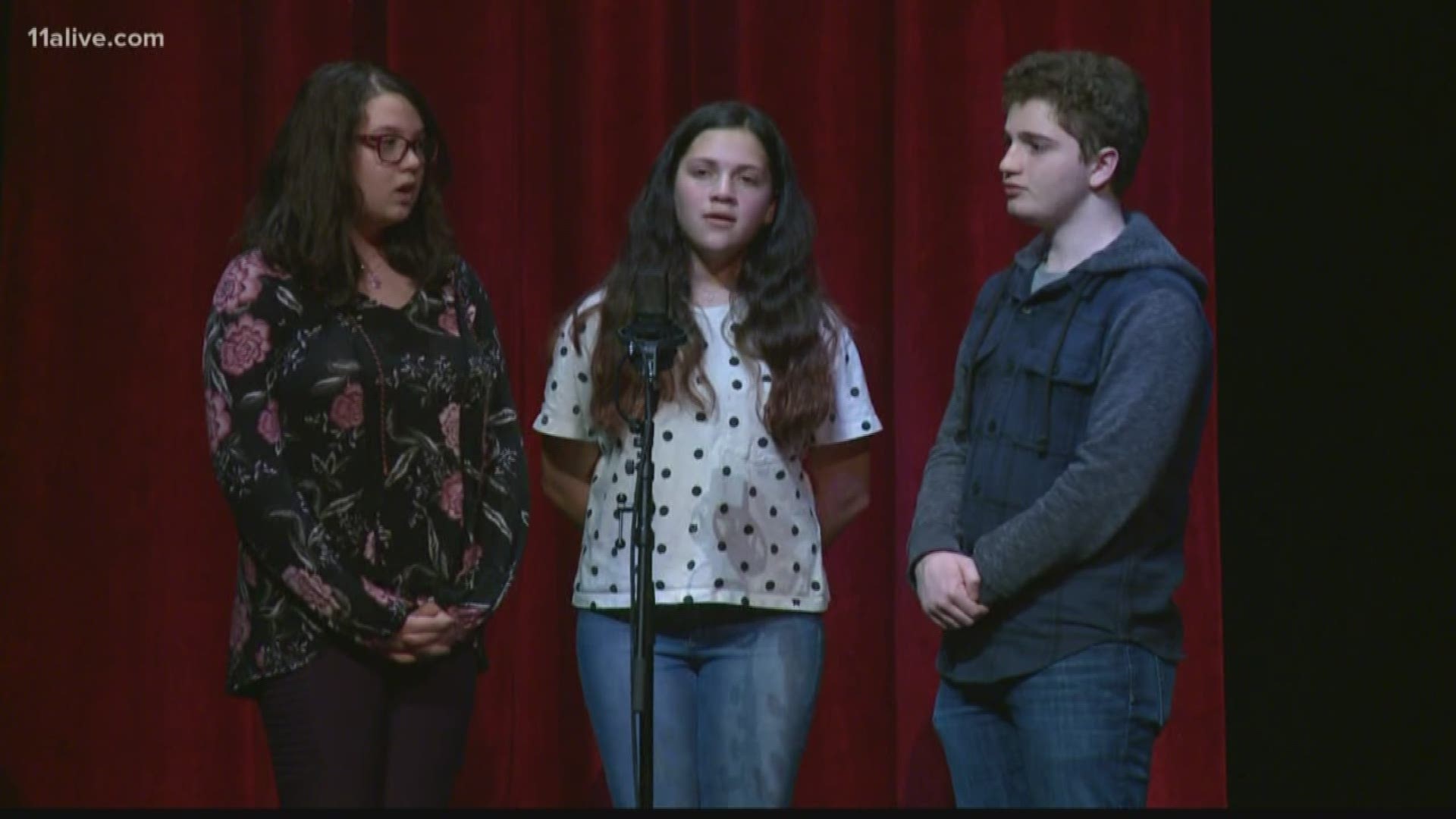 ATLANTA — A sudden spike in anti-Semitic terrorist-type attacks in the Northeast has the Jewish community on edge.

And, in metro Atlanta, there's been a dramatic call for Jewish unity and solidarity.

For more than 110,000 Jewish residents in metro Atlanta, the reality of shootings at a Pittsburgh synagogue; attacks inside a Jewish store in Jersey City; and stabbings inside a private home in Monsey, New York where the Jewish holiday of Chanukah was being celebrated, were shocking.

“We cannot let a few people who hate; we cannot let terrorists control the day,” he said.

And it was not long before the Atlanta Jewish Community organized a major rally in Sandy Springs to show solidarity and a determined resolve to express their faith.

For many Jewish people in metro Atlanta, anti-Semitic acts are an abstract thought. But, in fact, it’s a reality in Atlanta.

Jaren Linowes is a senior at Riverwood High School.

Rabbi Berg said many Jewish students have been continually singled out with religious slurs.

“There is hardly a school in the metro area that our students go to that I have not been to this year to meet with the principals and teachers to talk about kids from our congregation and community,” he said.

It’s an issue that requires everyone in the community taking a positive role, said Rabbi Berg.

“We have many partners in the community. We do so much work for example with the African-American community and there is such racism that is prominent as well," he said. "We support each other and we stand up and say that all hatred is terrible.”

RELATED: ‘A little bit of light drives out a lot of darkness’ | Atlanta rabbi calls for courage during Hanukkah

“Whenever bigotry rears its ugly head, whether it is in a synagogue or a church, whether it is religious bigotry or racism or any form of xenophobia, I think we have to recognize the ways in which none of us are safe and we have to stand up and speak on behalf of whomever is the receiving end of that bigotry,” Warnock said.

And, on Friday night, a significant number of Atlantans will speak out.

Two of Atlanta’s largest religious congregations, Jewish and Baptist, will be joining together at The Temple over the Martin Luther King Jr. Day weekend to show solidarity against racial and religious intolerance and to continue a dialogue to end the cycle of bigotry.

It’s a yearly event that brings together The Temple community with the Ebenezer Baptist Church community in joint prayer - and commitment.

“You are going to see a Rabbi and a Minister stand up together to say that all forms of hatred, racism, homophobia, xenophobia, bigotry, anti-Semitism, all are unacceptable and we will not stand idly by,” Rabbi Berg said.

“Every time we get together, The Temple and Ebenezer Baptist Church, it is our act of resistance against racism and Anti-Semitism,” he said, adding, “I think that service empowers, inspires and encourages a lot of people to keep ongoing. It certainly inspires me.”

The joint Temple and Ebenezer service is now in its 12th year.