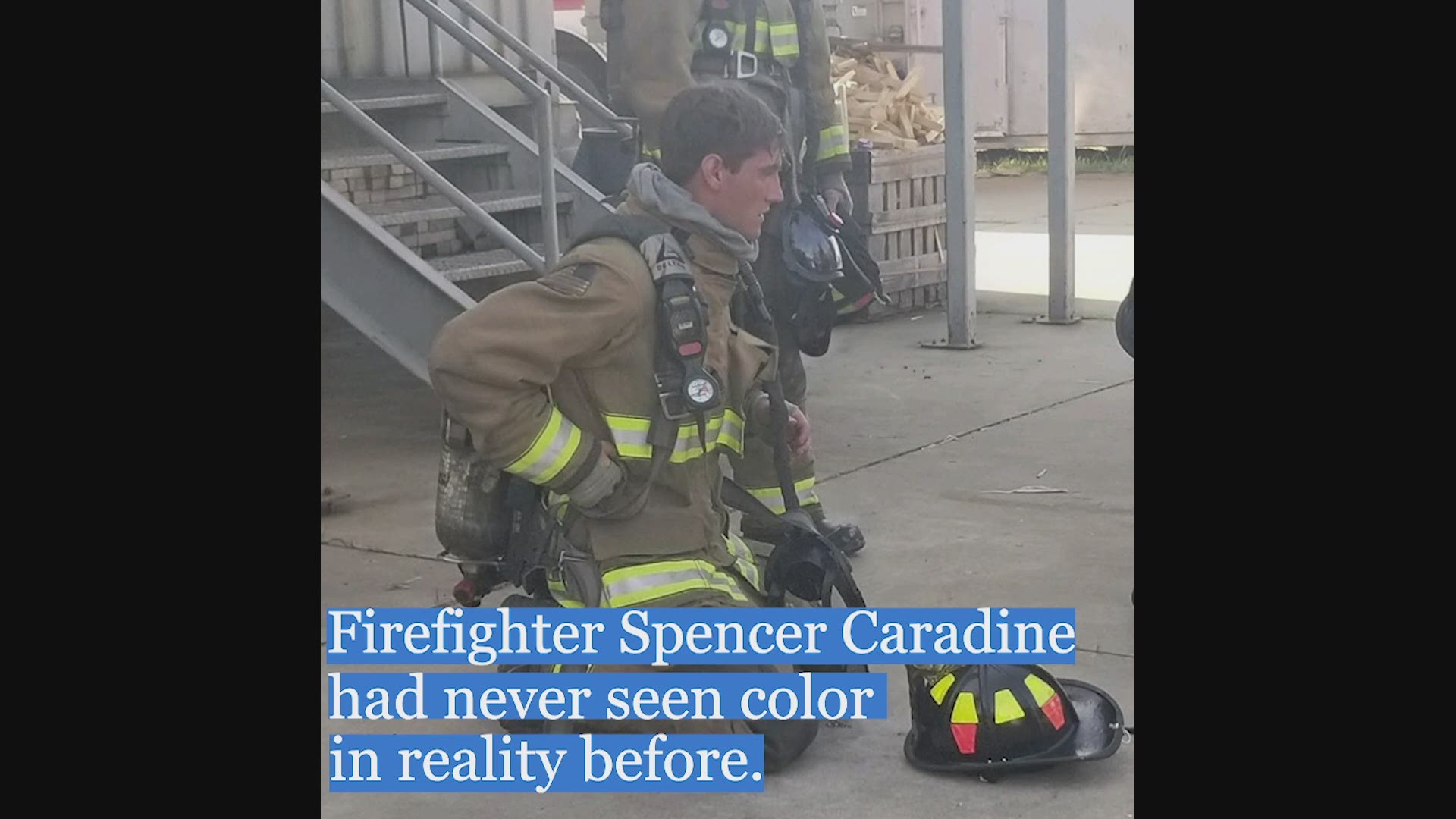 DOUGLAS COUNTY, Ga. — This year's Independence Day was one a Douglas County firefighter will always remember.

For the first time ever, Spencer Caradine, who's colorblind, was able to see color clearly for the first time. In plain sight, through a special pair of glasses, the American flag was there before him on the Fourth of July.

"I had always seen red as a sort of gray color, and I can sometimes make out a blue or yellow. But with the glasses everything is different," Caradine said.

His close friend, roommate, and coworker Jordan Gardner is the person behind the tearful first sight. He wanted to change his best friend's life.

"If I ever got the chance to see color, I would want to see the American flag first," Gardner recalled Caradine telling him.

Gardner saved money from overtime to purchase a pair of outdoor colorblind glasses, but the compassion didn't stop there. With the help of other firefighters from the fire department, Gardner was able to make Caradine's first Independence Day in color one he would never forget.

In a video posted to social media, you see Caradine's coworkers presenting him with the glasses at their annual Fourth of July party. They tell him to close his eyes and they escort him outside where an American flag was hanging from the side of a fire engine.

Everyone at the party walked outside to watch the reaction of their friend seeing his dream in color for the first time.

Caradine also attended a Braves game and experienced fireworks in color as well. Gardner posted a video of the special moment on Facebook and said the reaction has been overwhelming.

"I went over to the neighbors' house the next day to hang out, and they said they had seen the videos," Gardner said. "They told me to go get Spencer because they wanted to help. They handed him an envelope with $400 in it and said it was for a pair of inside color glasses."

Caradine said that he is so happy and thankful for his new glasses, and hopes to see more new colors soon.

He used to sleep outside next to dumpsters. Now, this teen is eyeing college