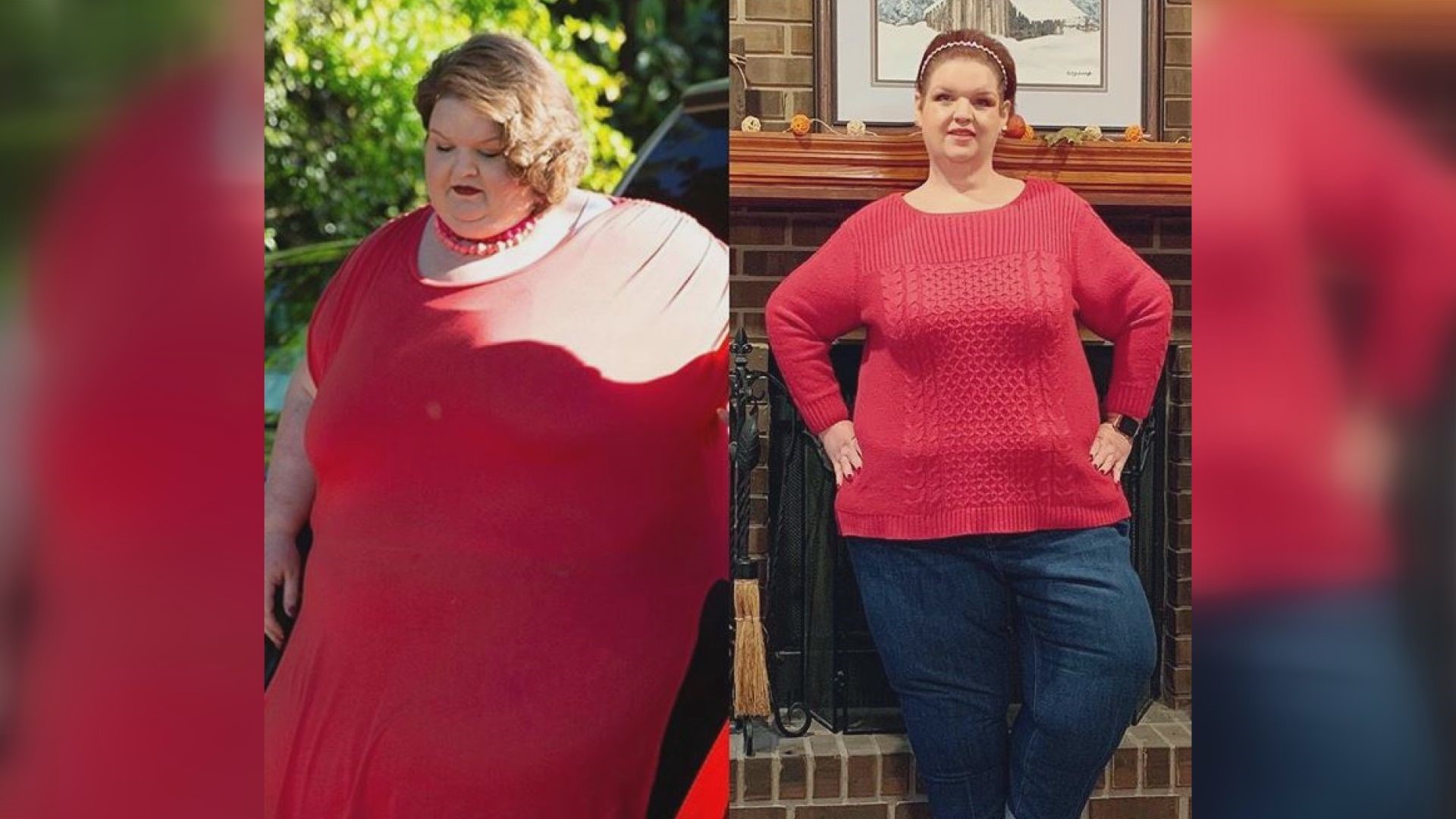 "I have no desire to be skinny, I just want to be healthy, so that's my goal," she said.

She says her weight has been a constant battle ever since.

"Food was my comfort. We moved a lot, so food was always there. That was what my go-to was to make me feel better," Johnson said.

She says she reached about 300 pounds by the sixth grade and was bullied at school and at home.

"My father at that point wouldn't let me eat at the dinner table because I was fat, so I was disgusting. That's when it started where I wouldn't eat all day, and I would binge eat all night," she said.

She was about 500 pounds in high school. She became depressed and stopped attending class.

"Everything that you do is controlled by your obesity. At a certain point, you are no longer a person," she said.

In 2016, she was 35 and 715 pounds. She says high carbon dioxide levels in her blood almost ended her life.

"My brother came by for some reason and he came in the house and he told me that my lips were blue. The doctors said that I wasn't going to make it. I heard the nurse tell him that, 'if she has family, they need to get here.' It was basically like I was trapped in my own body," Johnson recalled.

She calls her recovery a miracle and a sign that it was time for a change. She underwent bariatric surgery in Atlanta.

"I have an app and I track everything that I eat. I go to the gym. I work out. It's not just I had weight loss surgery and magically lost weight. I work my butt off," Johnson said.

Now at 38-years-old, she's down to about 300 pounds for the first time since middle school.

"If you would've told me two years ago that I would be 400 pounds lighter now, I would not have believed you," she said.

Johnson says she's not aiming for a specific weight. She just wants to get down to a healthy size.

She documents everything she eats and her workout routines on her social media @Amandabytheton.

Johnson was also featured on the show "Family By The Ton," which aired on TLC.

Georgia one of 20 'fattest' states in America, according to review