Three women share their stories of being marginalized and how recent spa shootings highlight negative stereotypes. 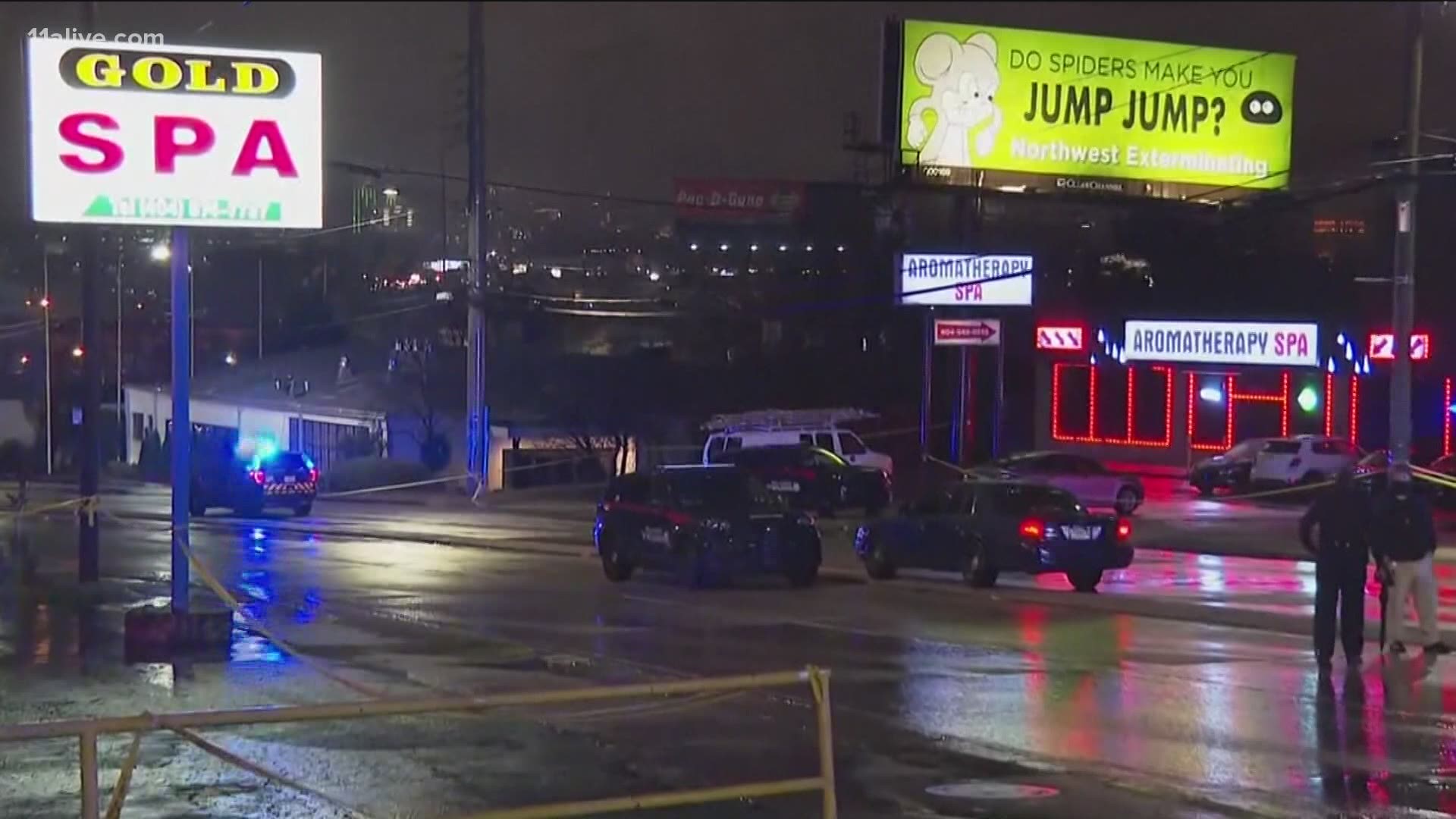 ATLANTA — 11Alive is Where Atlanta Speaks, and many have expressed both hurt and outrage at the recent deadly spa shootings.

One uncomfortable issue that is being raised has to do with Asian women being hypersexualized.

For example, being called exotic may seem flattering but it can be hurtful and play into negative stereotypes. 11Alive spoke to three Asian women about their experiences.

"I've definitely experienced the marginalization and sexualization of Asian women in America," said Linh Dinh who is a diversity, equity, and inclusion manager for a healthcare company.

"It’s the idea that an Asian woman is a possession to be had," said Mary Marston, the editor for the Journal for Gender, Social Policy and the Law at American University.

These women are not only heartbroken by tragic mass shootings at metro Atlanta spas that left eight people dead, but they are also outraged at the reason the suspect Robert Long allegedly gave to police, stating the reason he shot the women, was because of sexual addiction - not race.

"It can be both an issue of race and sexism and misogyny at the same time," said Marston.

Dinh and Marston shared their experiences of living with some of the stereotypes and hypersexualization of Asian women.

"You have the traditional black straight hair, white pale skin, and, you know, the slanted eyes that people are sexualizing because essentially, you look like a doll," said Dinh.

They told 11Alive that some of the stereotypes come from colonialism and wartime prostitution.

"When I was 13 years old, a self-proclaimed Vietnam veteran attempted to grope me at a beach club because he said he 'had one just like me in Vietnam'," Marston said. "Then, as a child, seeing my mother be objectified by men and she felt the need to laugh it off out of fear of physical retribution."

Alexandria Pham said this is such an issue for Asian women that she has to set parameters before going on a date.

"One of the questions I actually do ask when I’m meeting someone new is, 'You don't have an Asian fetïsh, do you?' because nine times out of 10, unfortunately, they are intrigued because of that," she said.

Dinh has experienced that as well.

"And you want them to know that what you’re looking for when dating is not comparable to what their fetish is," Dinh said.

"Especially on dating apps - they will make comments like Kung Pow (expletive) or assume I am submissive because of the architect that Hollywood or the media have built surrounding Asian women," said Marston.

The women also address the stereotype that Asian women who work at massage parlors are sex workers.

"I believe that came about because a lot of sex workers do happen to work in massage parlors and there is an overlap between the two," said Marston.

However, Dinh said that the stereotype has long been hurtful to those running legitimate businesses.

"It's just devaluing the hard work that Asian American women have to go through to just be able to survive in this country," she said. "All Asian Americans are asking for is to be heard, to validate our voice, and to condemn the violence."