“There’s many moments where Vivian and Lewis shared their knowledge and their wisdom and ... just their strategy on how to move the needle forward." 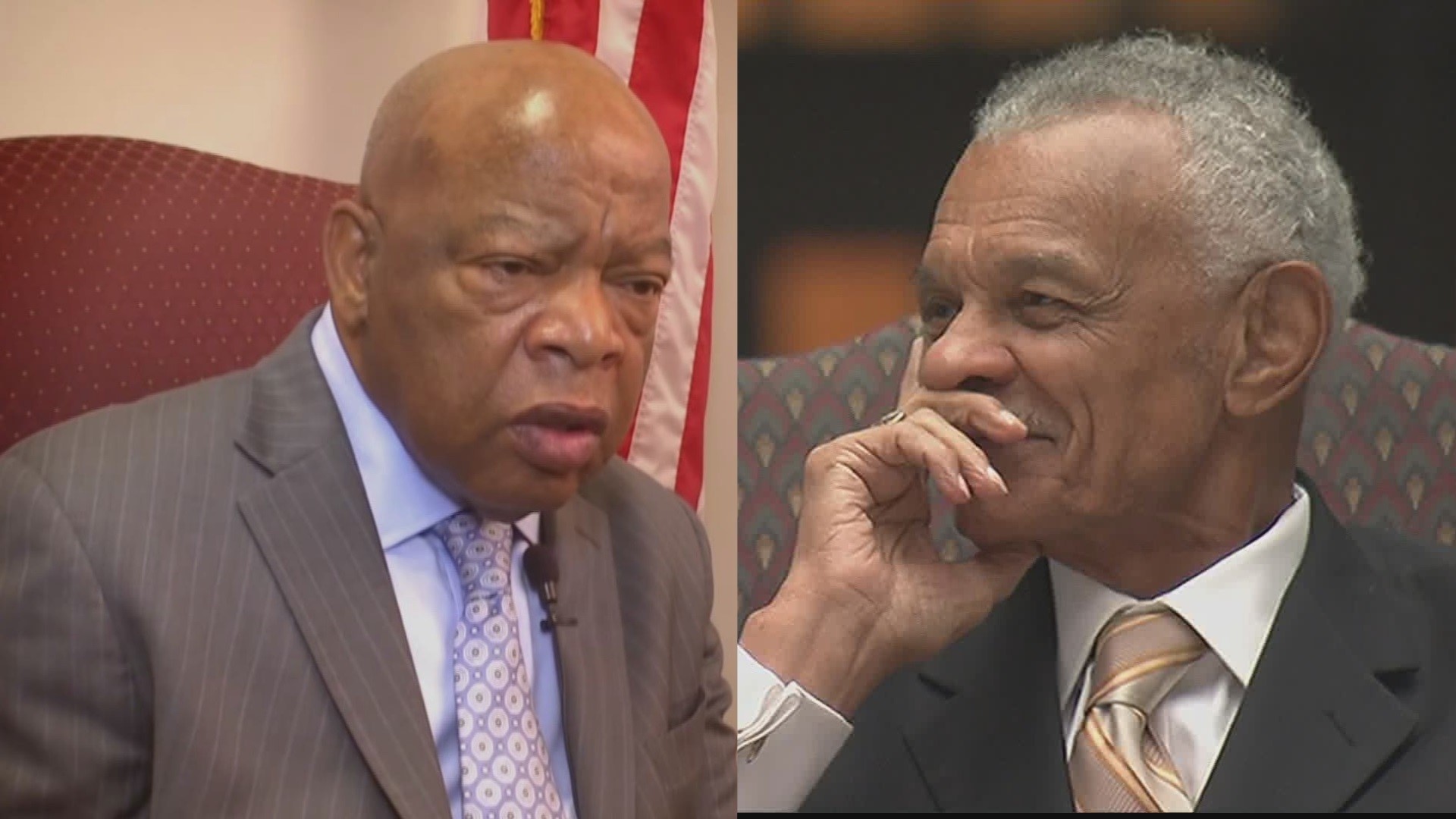 The two inspired many people over the years to get into and continue with civil rights activism.

And nothing is more telling of that inspiration than right now, as Black Lives Matter protests in Atlanta hit the 51-day mark.

11Alive talked to Georgia NAACP President Rev. James Woodall and Promote Positivity Movement Community Advocate Hannah Gebresilassie about the lasting impact of Lewis and Vivian. The two young leaders and activists reflected on how they will continue to use the playbook of civil rights leaders like Lewis and Vivian, to create change in the world.

ON THE PASSING OF LEWIS AND VIVIAN

WOODALL: “I was very saddened. We had just celebrated the life of the Reverend C.T. Vivian yesterday morning and what Rev. Vivian meant to this community and to this movement was indescribable and then to discover that now, not just one, but two giants of the civil rights legacy had passed on to the eternal glory.”

ON THE LEGACY OF LEWIS AND VIVIAN

WOODALL: “The legacy of Rev. Vivian and Congressman Lewis is indescribable and what it challenges us with, in the words of Congressman Lewis is to do justice, do it right and do it quickly. We’re not waiting, we’re not asking for there to be a long process of getting justice and getting justice for all. We fight today and that’s what we’re seeing from so many leaders in this new movement, this modern movement. People who are operating with the fierce urgency of now, to be able to really declare what is right, what is just and to secure the very promises that this country has afforded us, as human beings. And it just empowers us to continue, to take that torch, that mantle of justice and of civil rights and human rights and to continue on in that spirit so we can secure that promise for all people.”

GEBRESILASSIE: “It just hurts because, you know, that these giants, I know they’re looking down on us from above but they’re no longer physically with us and it just hurts a little bit because they’ve guided us so much over the years and I do believe their guidance and their leadership will continue to be with us through. There are so many moments where Rev. Vivian and Representative Lewis shared their knowledge and their wisdom and ... just their strategy and their approaches on how to move the needle forward. And because of that, I think we’re going to be able to build on that.”

ON THE LAST TIME THEY INTERACTED WITH LEWIS

WOODALL: “We celebrated his birthday this past February and it was a very different moment when I got the invitation to attend. He simply walked around the room and he danced with a few people and he just had nothing but joy on his face and love in his heart. And that’s really the man that he was. He was simply a humble servant who enjoyed life, regardless of the circumstances and the challenges that he faced, that his people and his community faced, but he stood true to the test of time and did what was right. So, that for me is really etched in my memory, just seeing him dance and enjoy himself around everybody. Every time I saw him, for the most part, he was always dancing and or smiling so that was definitely a wonderful experience.”

GEBRESILASSIE: About three weeks ago {prior to Lewis’s death} we were at the state capitol and here he is, coming right through our protests. Right through. It was almost like he was giving us his blessing. That’s what I felt like in that moment. We looked at him and he just came right pass us and we met again inside of the state capitol after the signing of the hate crime bill. Many of us went in and did a protest inside the dome and he was right there, and I went up to him and said, the only words I could say to him were thank you. You don’t realize that’s going to be the last time you see that person and, to me, his strength and his resilience, the fact that he was fighting, his final weeks, still fighting, still pulling up to Congress, still pulling up to the gold dome, still going to DC to see these Black Lives Matter murals, who does that? He fought from the very beginning to the very end and it’s so inspiring to me. I got so emotional last night processing that because he’s a true leader, he’s a true hero. I’ll never forget that moment,”

ON LEWIS AND VIVIAN INSPIRING THEIR ACTIVISM

WOODALL: “I remember being a college sophomore and we desired to bring back the Student Nonviolent Coordinated Committee. And we connected with college campuses all over the state and all over the nation and we had so many young people who wanted to walk in that spirit. You know, joining the NAACP as a college sophomore as well and so, when I look at where I am, you know I’m 26, as the state leader of the NAACP, and I look at where I began and how young I was, Congressman Lewis and Dr. King, Ralph David Abernathy, Jessie Hill, so many others who have come before me and our generation paved the way. They told us we didn’t have to wait until we were college graduates and we had a full-time salary and we were career ready, that we just needed to stand still. To stand up. To speak up. And to show up and show out in ways that we knew to be necessary. Because when we speak out, sometimes we may get in trouble, but in the words of Congressman Lewis, it’s good trouble because every person can and shall and will be lifted.”

GEBRESILASSIE: “He’s someone that, ever since I was a little girl, I just looked up to him. I’ve always admired him, I’ve always admired his leadership. At a very young age, I knew what he was about. I knew how courageous he was and how he really pushed for these peaceful but effective demonstrations, and it’s just crazy to me to know that even a 12-year-old I recognized that courageous spirit of his. And I think it doesn’t take much for anyone at any age to recognize that.”

WOODALL: “In the words of Congressman Lewis, the NAACP has become, has always been a bridge over troubled waters. And we make no mistake that where we find ourselves in this present day is a very troubling experience. We have people continuing to be brutalized and arrested for protesting as we saw in Louisville, Kentucky last week. We have people being brutalized and violently murdered here in Brunswick, Georgia and in Atlanta and so many other communities all over this state and all over this country. And what it shares is the work, the life, the legacy Congressman Lewis, though not in vain, it still in many regards, today to do that same work to make that same commitment, to declare that same call for justice and to make that call quickly. So, we do mourn, but we also recommit to doing justice, to loving mercy, to walking humbly and to do it in a way that lifts all people. And, to encourage those young leaders, including myself, to not only be passionate and deliberate in how you lead your community within this movement but also to enjoy life because you only get one.”

GEBRESILASSIE: “These giants paved the way so that we can do what we’re doing today. And, yeah, we don’t want to have to continue to fight for what we deserve, fight for equal rights, fight for justice, but we have to because we still live in a country that doesn’t ensure the safety of everyone and that doesn’t ensure the justice of everyone and we will continue to fight. We do channel the strength of our ancestors; we do channel the strength of civil rights icons. They brought us here and now it’s time for us to take it even further.” 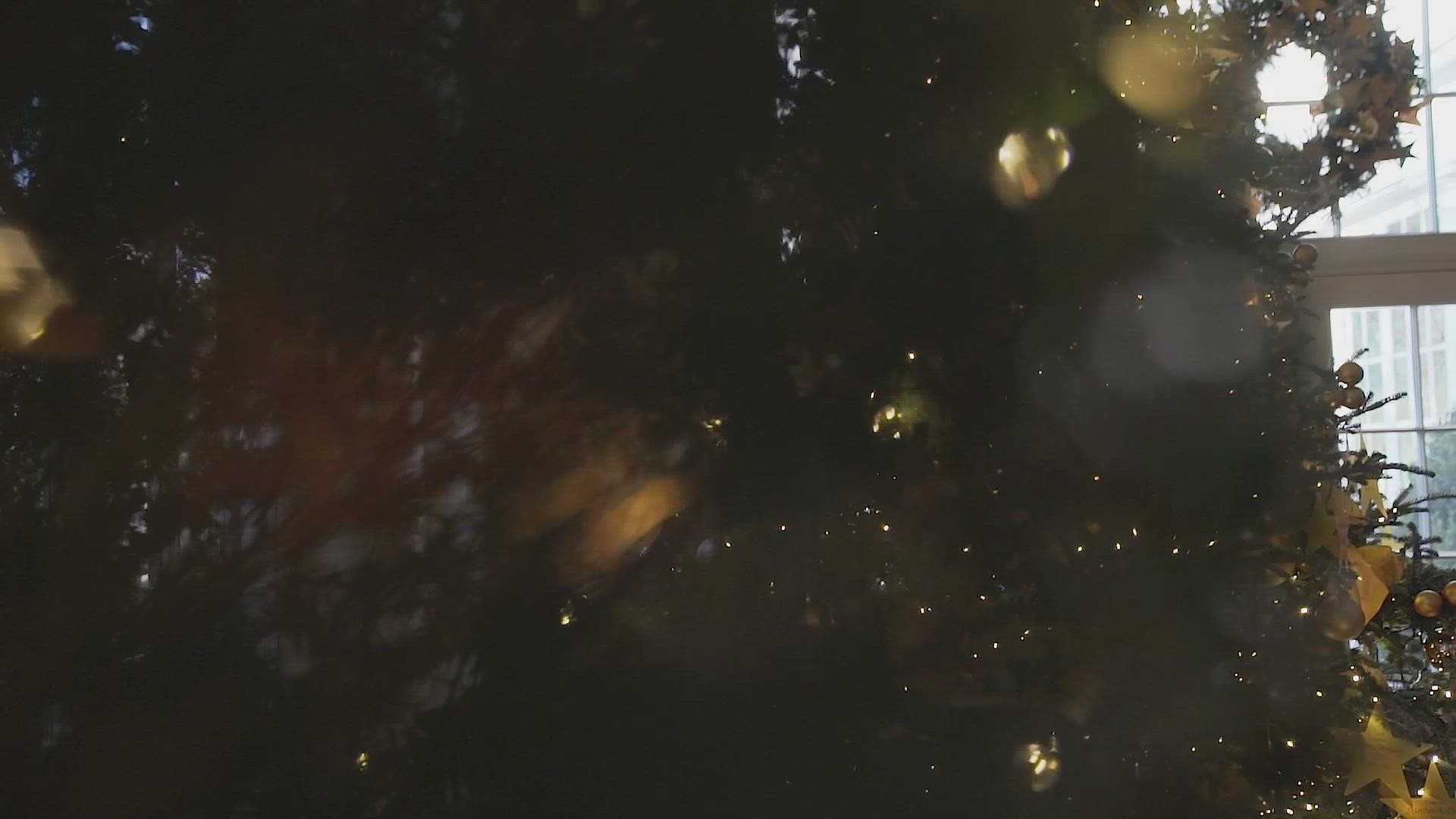 Christmas at the White House 2021