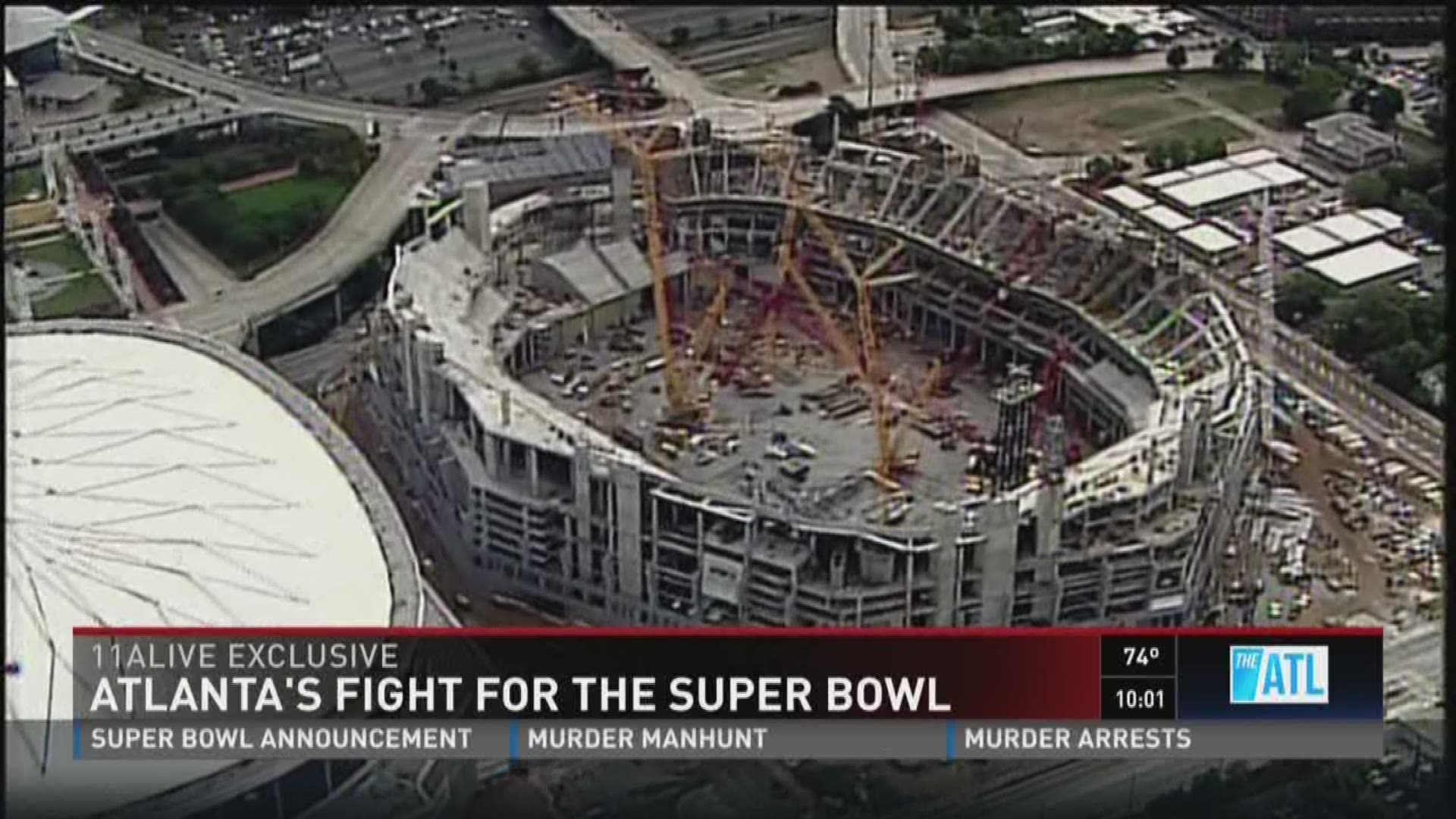 The five cities vying for a Super Bowl rehearsed their pitches Monday at the Ballantyne Hotel in Charlotte, N.C.

A source for 11Alive had exclusive access inside the room where Atlanta, New Orleans and Los Angeles were rehearsing their pitches.

The Atlanta Falcons pitch is titled "Atlanta Transformed" and talks about the city as a booming metropolis.

The Falcons will play a video voiced by former Mayor and U.N. Ambassador Andrew Young looking back at past major sporting events the city has held such as the 1995 World Series, 1996 Olympics and 2000 Super Bowl.

The video then centers around Mercedes-Benz Stadium, the Atlanta Falcons future stadium opening in 2017. It boasts how the stadium is "walk-able" to the thousands of hotel rooms and attractions in the city. Young calls the area around the stadium the "Heart of the City."

"The American dream is being reached every day in Atlanta," Young says in the video.

In the pitch, the presenters stress they are most interested in hosting the 2019 Super Bowl, but will accept any of the three that will be voted on Tuesday.

The entire pitch lasts about 10 minutes.

Photos | Inside the Mercedes-Benz Stadium

11Alive spoke with Falcons' president Rich McKay Friday before the city's rehearsal. He said Hertz and a corporate sponsor from Equifax would be involved in the pitch.

McKay said Atlanta wouldn't be offering the owners any gifts that pitches have been known to include in the past.

"We have really stayed to the idea that our bid is so good that we shouldn’t have to do that. There are cities that do that. We’re not one of them," he said.

He said their presentation will be at roughly 1:30 p.m. Tuesday.

Los Angeles' pitch will feature a video spotlighting the city as a sports town. It uses inspirational clips from sports movies such as Denzel Washington in Remember the Titans and Billy Bob Thornton in Friday Night Lights.

A second video in L.A.'s pitch is formatted as a Question and Answer with celebrities around the city. The celebrities answer why L.A. should host the Super Bowl.

Celebrities in the video include Rob Lowe, Owen Wilson and Robert Downey Jr. using some of their famous lines in popular movies and TV shows.

New Orleans's pitch focuses on its Downtown nightlife. It stressed the city's lack of traffic with the catchy phrase "Spend less time in the car, more time at the bar."

The city doesn't have much to offer as far as a new stadium or any planned renovations. They are only bidding for the 2019 Super Bowl.

PHOTOS | A look inside Mercedes-Benz Stadium

One great photo from every Super Bowl in history

One great photo from every Super Bowl in history 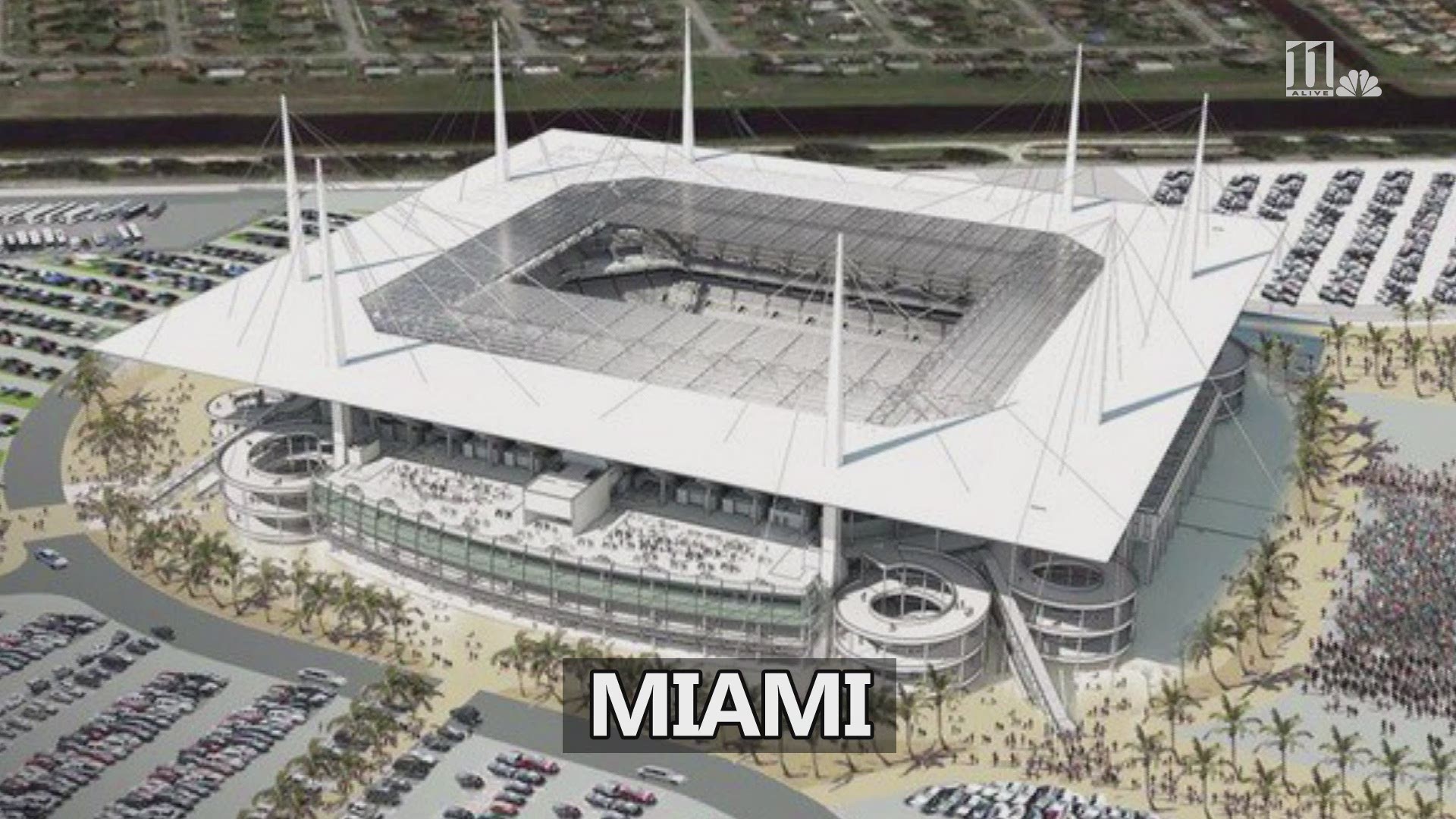