Emily Golub opened Garnish & Gather in 2014. Target launched Good & Gather in September 2019 with what she says are similar products and logos. 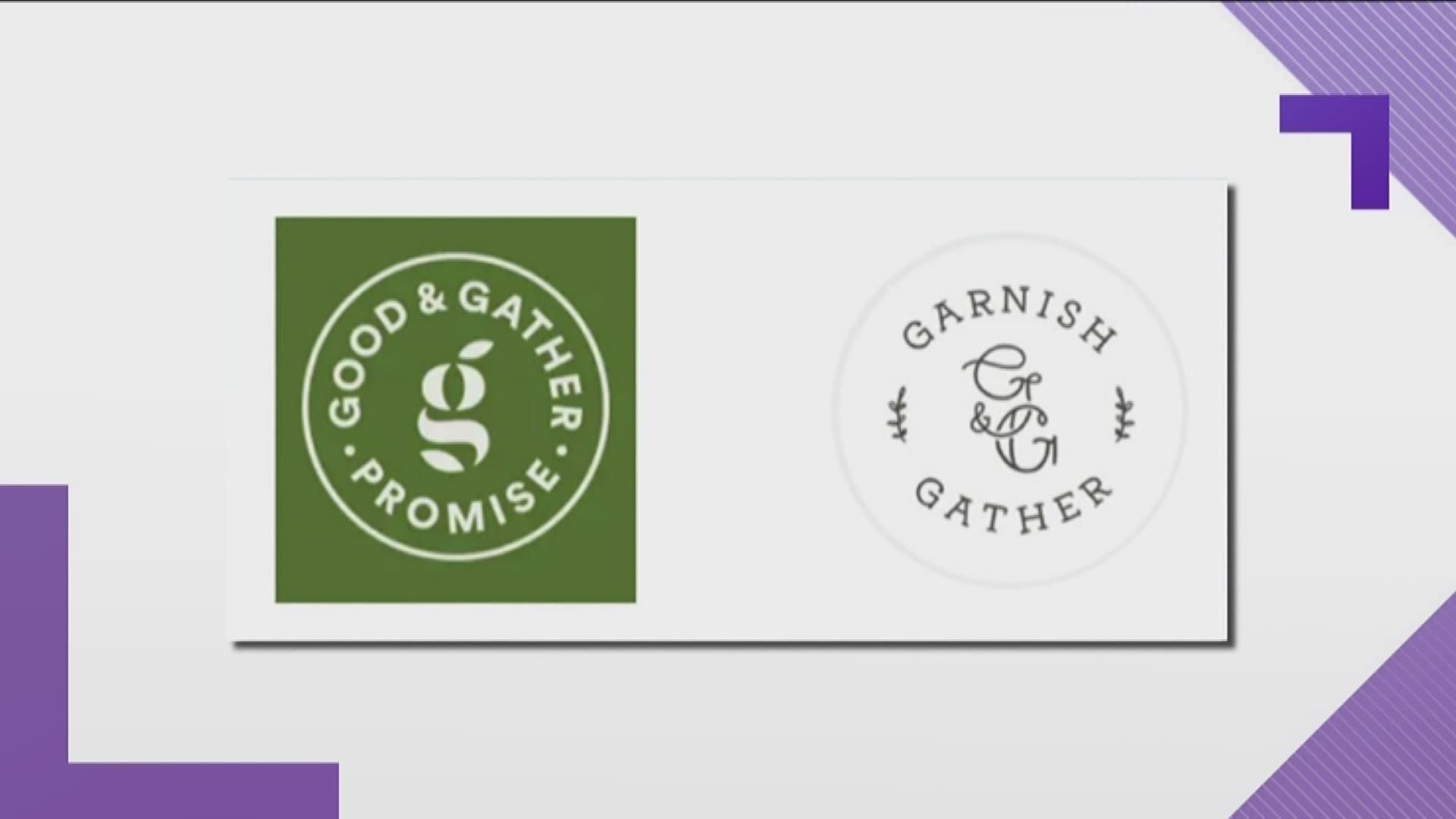 ATLANTA — Emily Golub, the owner of Atlanta-based small business Garnish & Gather is taking on a goliath in retail giant Target, after she says the department store stole her trademark when launching its new Good & Gather food brand in September.

Garnish & Gather was trademarked 2014, shortly after Emily started the business, which creates and delivers locally-prepared meals, locally-sourced groceries and produce and quality products from Georgia and the Southeast.

"We are very careful to select excellent, quality artisanal products which reflect the best of Georgia and that our customers will enjoy," Emily told 11Alive on Friday morning.

In August, when Target unveiled its Good & Gather private-label product line of foods and beverages, Emily was more than a little bit dismayed. Not only was the name similar, but according to Emily, the logo Target was using for its products strikingly similar to Garnish & Gather.

In addition, the product mix from Target's Good & Gather appeared to be geared toward the same audience that Garnish & Gather was already serving -- using a seasonal product mix of organic, healthy and quality products that to Emily, sounded close enough that it appeared that there was an infringement on Garnish & Gather's trademark.

"Not only are the brand names similar, Target is using graphic elements in their Good & Gather brand that look like mine," Emily said.

When contacted by 11Alive, Target responded with a short response on Friday morning regarding the Garnish & Gather lawsuit.

"At Target, we have a deep appreciation and respect for trademarks," said Target spokesperson Danielle Schumann. "We’re aware of this lawsuit and are confident that Target’s brands, including Good & Gather, are distinctive in the marketplace. We’ve shared that feedback with Garnish & Gather and will continue to defend these claims through the legal process."

Emily says she's a foodie of sorts, and the challenge of eating local was what got her going in the business.

"I am an eater. I used to get produce boxes, but I found that eating local was challenging. I would sometimes get items in the boxes that I simply didn't know what to do with," she said.

"If this was difficult for me," she said, "It was certainly difficult for others. What I wanted to do was make easy dinner solutions using food from around here; from Georgia."

Most of her recipes come from chefs and others in the culinary field in the Atlanta area -- including from some recognizable local restaurants.

One of the recent dishes came from Souper Jenny, she said, while others have come from The Optimist and other well-known Atlanta-area restaurants.

"We have developed a wonderful food community in Atlanta with some incredible restaurants and chefs," she said.

With Target's introduction of its Good & Gather product line and the similar look of its name and logos, Garnish & Gather feels that its business will be irrepairably harmed by its continued distribution.

While Garnish & Gather is primarily a north Georgia-centered business at this point, Emily says their long-term goal is to scale their business nationally, building on the interest of consumers in eating healthy, seasonal and fresh foods from local and organic farm communities.