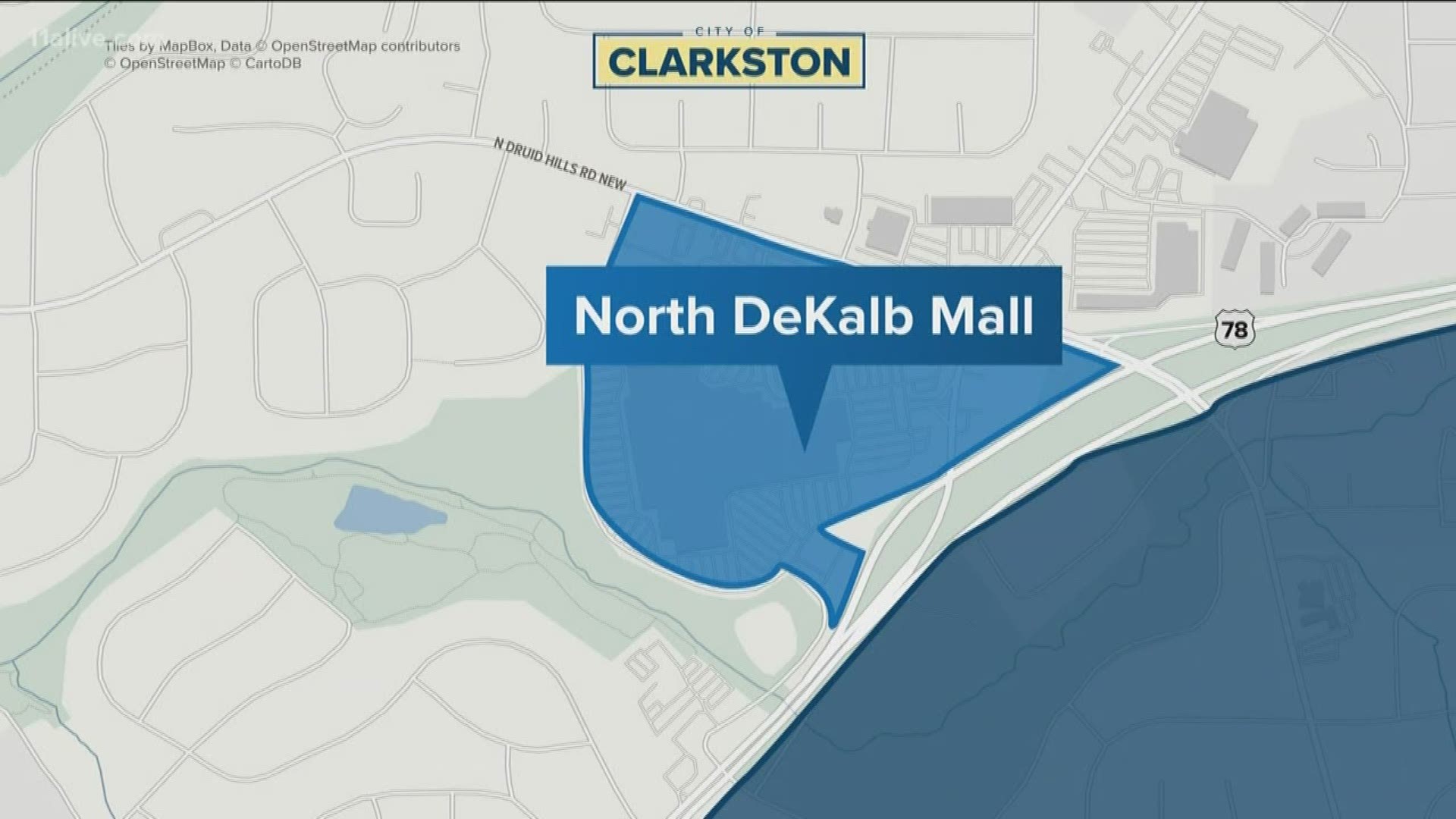 DECATUR, Ga. — A DeKalb County city aimed to annex a nearly-empty shopping mall, at a time when shopping malls have bottomed out as fixtures in American commerce.

The city of Clarkston is famous as an immigrant friendly town with a marijuana-friendly city ordinance - and a millennial mayor named Ted Terry who says it needs to grow.

Clarkston has its eye on hundreds of homes in unincorporated bedroom communities just outside its city limits—and a shopping mall that’s now well beyond its outskirts. The annexation would nearly double the city's size.

North DeKalb Mall is the arguably the poster child for the decline of American shopping malls.  Although it hosts a popular movie theater, its empty hallways and vacant storefronts embody a 20-year industry-wide skid that reached a low point in 2019, according to The Financial Times.

RELATED: The death of the American mall

"It’s pretty empty and a little debilitated looking. And kind of run down and sad looking," said Corinne Yegan, a Kirkwood resident who shopped at the mall's Marshalls store Tuesday.

"I just walked through it. While I was in there, I just walked up and down, looking at all the empty stores and everything," said Darren Munford, a westside Atlanta resident who was visiting the movie theater.

The mall's management office was locked when we visited Tuesday. A security guard said no manager was expected on site until Wednesday.

North DeKalb Mall enjoyed a bit of rebirth last year when HBO’s "Watchmen" filmed some of the series' climactic scenes there.

But Mayor Terry thinks its value as a Clarkston property will extend beyond a mostly empty shopping mall.

"Opportunities for higher density, for green space reclamation," Terry explained. "I think (there's) the possibility to redevelop it into a place that will be a gathering spot - for all residents, all businesses and create economic opportunity, absolutely."

Residents packed a meeting in Clarkston Tuesday night as the possible annexation was expected to be discussed. Officials decided to table the vote until next month - at the earliest. Three new council members have joined them, so they wanted to give them time to study the issue.

But in a update Friday, 11Alive confirmed with the city of Clarkston that it is backing off plans to annex the mall, based off feedback from the public. Instead, it will scale back on the amount of land it wants to annex.