David Finlay said he has been capitalizing on the city's current lack of marijuana oversight by selling medical cannabis out of a camper on the Bangor waterfront. 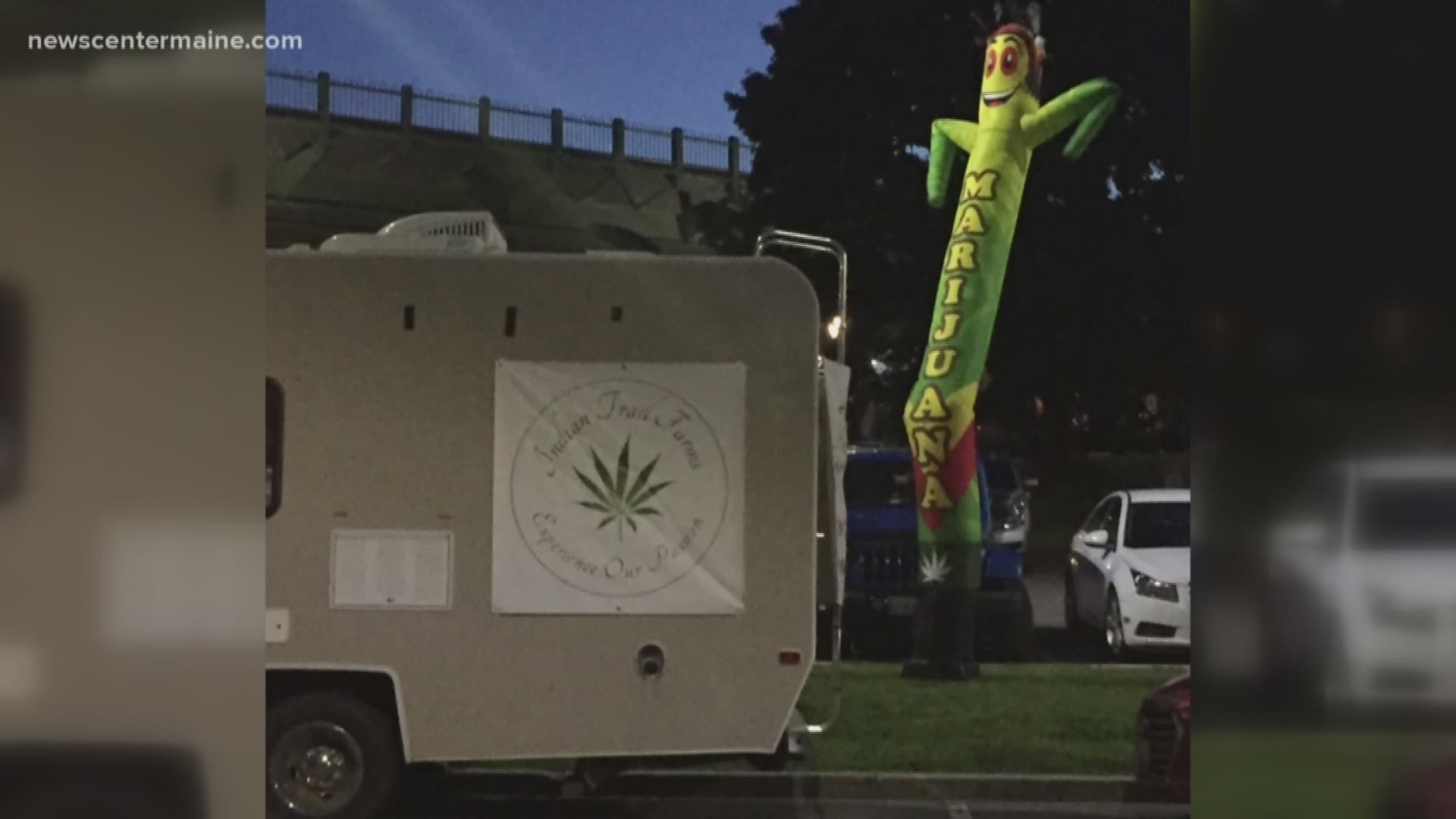 BANGOR, Maine — A Machias man says he will no longer sell medical marijuana out of his RV on the Bangor waterfront after receiving a call from city officials telling him to cease and desist.

Businessman David Finlay had been capitalizing on the city's current lack of marijuana oversight by selling medical cannabis out of a camper on the Bangor waterfront with a license out of Machias.

After a NEWS CENTER Maine report exposed Finlay's actions, both the Bangor Police Department and the city council began looking into the legality surrounding selling medical marijuana in Bangor with a license to sell and grow in another city.

Both the police and the city council determined Finlay's actions to be illegal.

Bangor city councilor Clare Davitt said selling medial marijuana out of a truck would need to go through a similar licensing process to food trucks.

"Indian Trail Farms received a message from Bangor Code Enforcement on Saturday that mobile units are not permitted in Bangor," said Finlay in a statement to NEWS CENTER Maine. "Since ITF wishes to not rock the boat, we have decided to wait until the permitting process is complete before we return to Bangor. If patients wish to sample our insane medicine, they are welcome to come to either our Machias or Columbia locations, visit East Coast Gold in Bangor, Maine Street Glass in Ellsworth, and 207thc in Lewiston."

Bangor police say Finlay is not facing any charges and will not be charged in the future so long as he does not continue to sell medical marijuana out of his camper.