The Dearborn automaker is blaming improperly installed or sealed aftermarket modifications, such as added emergency lights, for a rash of carbon monoxide complaints associated with police SUVs. 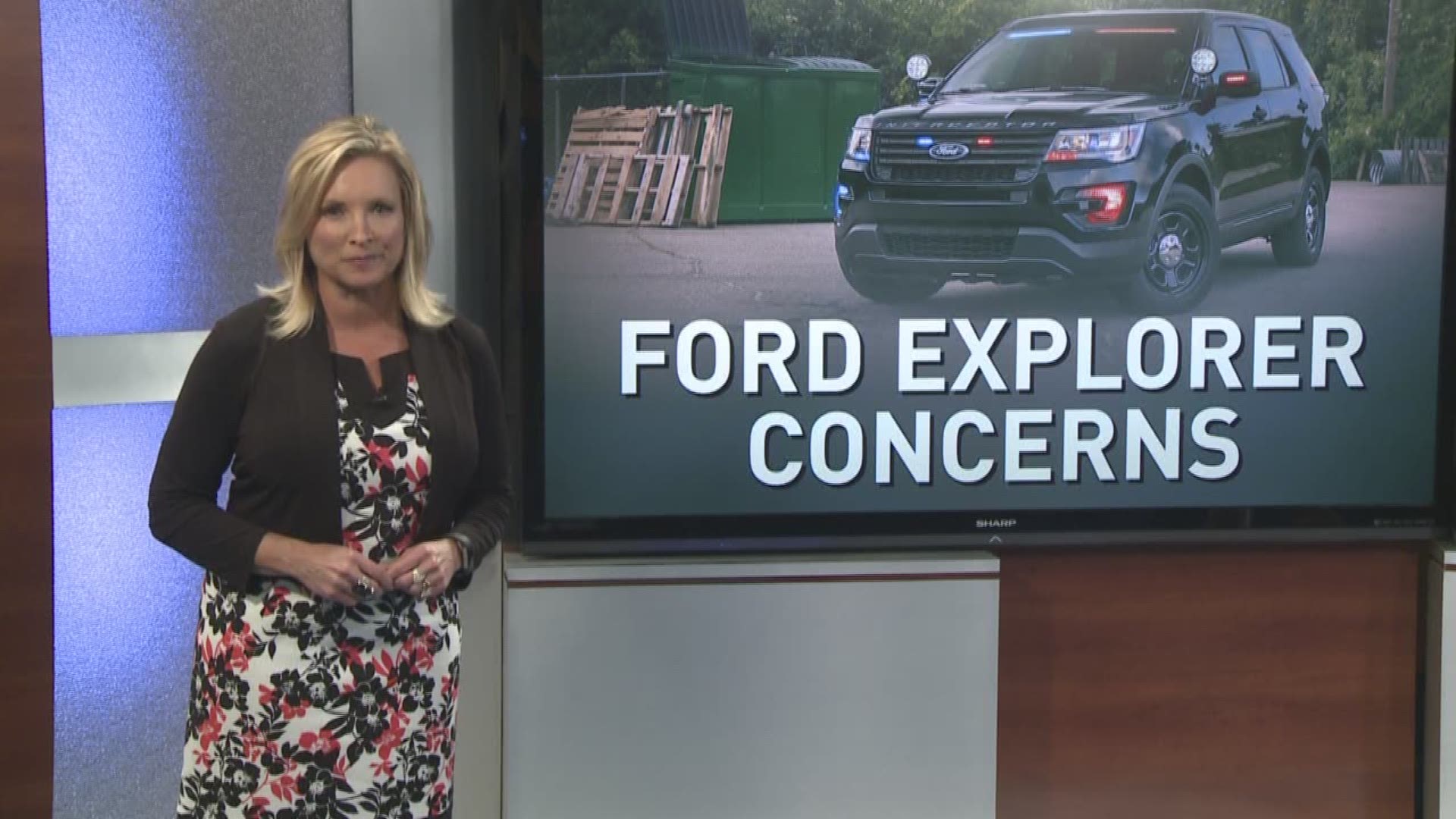 Ford has dispatched five teams of investigators across the country to help police departments deal with reports of exhaust fumes inside their SUVs as it works to grapple with troubling reports that could threaten its grip on the high-profile police car business.

Bill Gubing, chief engineer for the Explorer, told the Free Press on Tuesday that company investigators have found police vehicles with holes and uncovered spaces near taillights or rear lift gates that can allow carbon monoxide, a colorless and poisonous gas, inside the cabin of Explorer Police Interceptors.

The Dearborn automaker is blaming improperly installed or sealed aftermarket modifications, such as added emergency lights, for a rash of carbon monoxide complaints associated with police SUVs.

Those complaints included the police department in Austin, Texas, which pulled an estimated 400 police vehicles off the road in recent weeks. A police department in Portsmouth, N.H., has also raised concerns about carbon monoxide fumes leaking into the Explorer's cabin.

"We are all concerned from the front-line officers all the way up to the chief," said Eric Benson, Portsmouth's training officer. "We want to get this solved. We certainly don't want to wait until something happens. We want to take all measures we can to ensure that not only all the officers are safe but the public as well."

While Ford's Explorer Police Interceptors are not part of a recall, or even an investigation by the National Highway Traffic Safety Administration, the automaker is working quickly to address concerns that began to emerge last month.

Ford has a long history of dominating police vehicle sales. The company long held more than a 70% market share of police vehicle sales for years until it discontinued the venerable Crown Victoria in 2011. And while police cars are only a small percentage of the automaker's total sales, they give the company a high-profile halo vehicle that boosts brand recognition ranging from those who aspire to join law enforcement to those who want to flee.

In recent years, Ford has faced increased competition from the likes of the Dodge Charger Pursuit and the Chevrolet Caprice Police Interceptor. Ford is fighting back by adding more police vehicles to its lineup. It introduced the Ford Police Responder, a modified version of the Fusion Hybrid sedan, at the New York International Auto Show in April and last month introduced the first-ever Police Pursuit version of its F-150 pickup.

On Tuesday, Ford said its primary concern is to ensure the safety of police officers and get to the bottom of the issue.

“We’ve been working with our teams to methodically investigate these incidents with the police,” Gubing said. "Those teams are working to fix the vehicles and get them back on the road as quickly as possible.”

Ford has investigators in Austin working on the issue and has made repairs to police vehicles in Auburn, Mass., where police said an officer involved in a crash had been exposed to carbon monoxide and other officers were hospitalized. Ford said in a statement Tuesday evening that it had worked with more than a dozen police agencies nationwide to repair more than 50 vehicles including Galveston, Texas.

Gubing said the company is covering the cost of repairs regardless of the age or mileage of the vehicle. He said the issue only affects police Explorers and that other drivers do not need to be concerned. The issue is caused by how vehicles are modified after they leave the factory, according to Ford.

While showing images of modified and repaired Explorer police SUVs, Gubing described how holes had been drilled into the rear lift gate for wiring on some vehicles but not properly sealed during the modification process. In another case, a spoiler above the rear window was modified for extra lights but an unsealed gap could allow fumes to penetrate the vehicle cabin.

Such issues might not have been noticeable in older police cruisers because of the differences in design, Gubing said.

“In conventional police sedans, exhaust getting in through these holes is less of an issue because it would just flow into the trunk rather than into the general cabin of a utility vehicle,” Gubing said, noting that it's crucial for modifications to be done properly.

The police department in Auburn complimented Ford in a Facebook post on Saturday on how the company addressed the problems on its vehicles.

"The Auburn Police Department is happy to report that we believe the carbon monoxide issue we have recently experienced with our Ford police cruisers is believed to have been corrected by Ford engineers and mechanics from the Auburn DPW. ... The modifications included removing exterior aftermarket emergency lighting as well as sealing the taillight wiring areas and replacing the rear spoiler clips," according to the Facebook post.

When asked about the prevalence of so many reports related to modifications on this particular vehicle, Gubing said it may relate to the vehicle's wide popularity with police departments. That, he said, has opened up lots of opportunities for equipment outfitters.

But Gubing also acknowledged that questions have been raised about cracks in Explorer exhaust manifolds. He said Ford's tests have shown no evidence that the cracks have allowed exhaust to enter the vehicle cabins.

USA TODAY reported in February that NHTSA was investigating 2011-15 Ford Explorers "after receiving 154 complaints of 'occupants smelling exhaust odors in the occupant compartment, some of which expressed concerns about exposure to carbon monoxide.'"

An e-mail seeking information on the status of the investigation was sent to a media contact for the agency.

Gubing also said it’s not unusual for vehicles to have small amounts of carbon monoxide inside.

“As you know, carbon monoxide is around us everywhere. It’s produced when organic matter burns. It’s in our homes. It’s in the ambient air and it’s really not unusual for vehicles to have small amounts of carbon monoxide to be detected in them without posing any risk to health but of course we want to keep those levels as low as we can and protect the health and safety of drivers and passengers," he said.

Still, agencies such as the U.S. Consumer Product Safety Commission are quick to note the dangers of exposure.

“Carbon monoxide, also known as CO, is called the invisible killer because it's a colorless, odorless, poisonous gas. More than 150 people in the United States die every year from accidental non-fire related CO poisoning associated with consumer products, including generators,” according to information posted on the commission’s website.

►Make it easy to keep up to date with more stories like this. Download the WZZM 13 app now.