Why is Atlanta so dependent on Colonial Pipeline for fuel?

Past disruptions to Colonial's operations have resulted in metro drivers scrambling for gasoline. 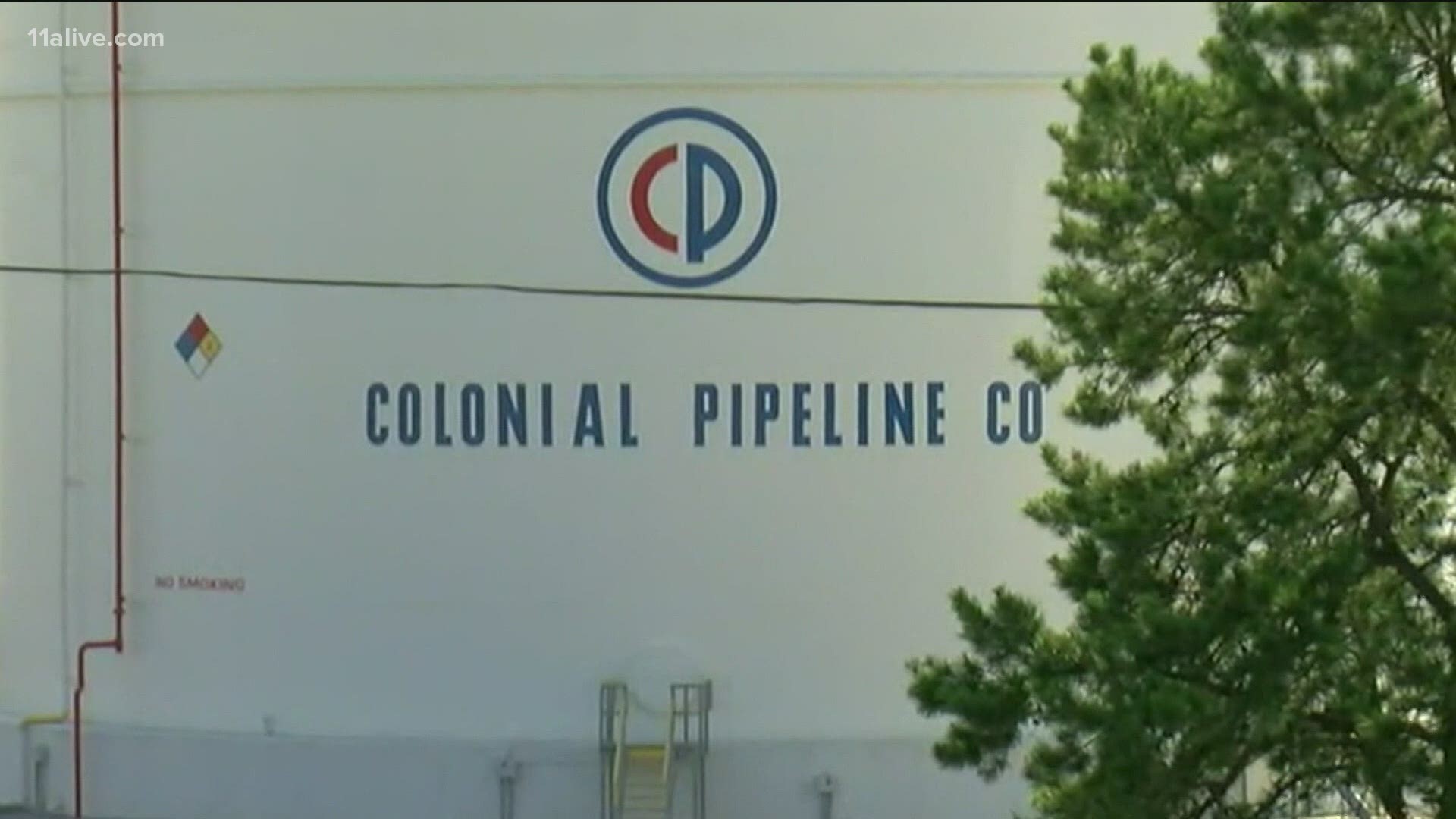 ATLANTA — Long lines and high prices as the pump are the latest examples of how much metro Atlanta depends on Colonial Pipeline for its fuel supply.

It has happened before. Hurricane Harvey disrupted operations in 2017, sending gas prices to a two-year high. It happened again in 2016, when an explosion in Alabama brought Colonial Pipeline’s operations to a halt, resulting in dry pumps and higher prices where you could find gasoline.

Now, a different issue is producing the same headaches for metro Atlanta drivers.

RELATED: How long will it be until the pipeline's restoration eases the gas shortage?

The pipeline connects Atlanta to the oil refineries along the Gulf Coast. Plantation Pipeline runs a similar route, but it carries less than a third of the fuel Colonial delivers to our area.

The refineries along the Gulf are the closest to metro Atlanta. Several refineries once located in New Jersey, Pennsylvania, and Virginia have all closed.

Without a pipeline, Atlanta must depend on trucks to move fuel from the Gulf. Lipow said that’s about a 10- to 12-hour haul.

“So you’re not going to get that many truck loads from the Texas coast to Atlanta on a given day,” he said.

Lipow added a single truck will carry about 250 barrels of gasoline The state of Georgia consumes about 300,000 barrels a day.

At one time, Colonial considered running a second pipeline to this area.

“What they ran into was environmental opposition from each of the states along the way,” said Lipow. “That killed the project.”

Colonial is the giant when it comes to supplying fuel to this area. When the giant falls, it can be hard on drivers in metro Atlanta.