Pre-pandemic unemployment eligibility requirements, such as seeking work, to return in Georgia

It's among a number of requirements being reinstated by the state Department of Labor at the end of the month. 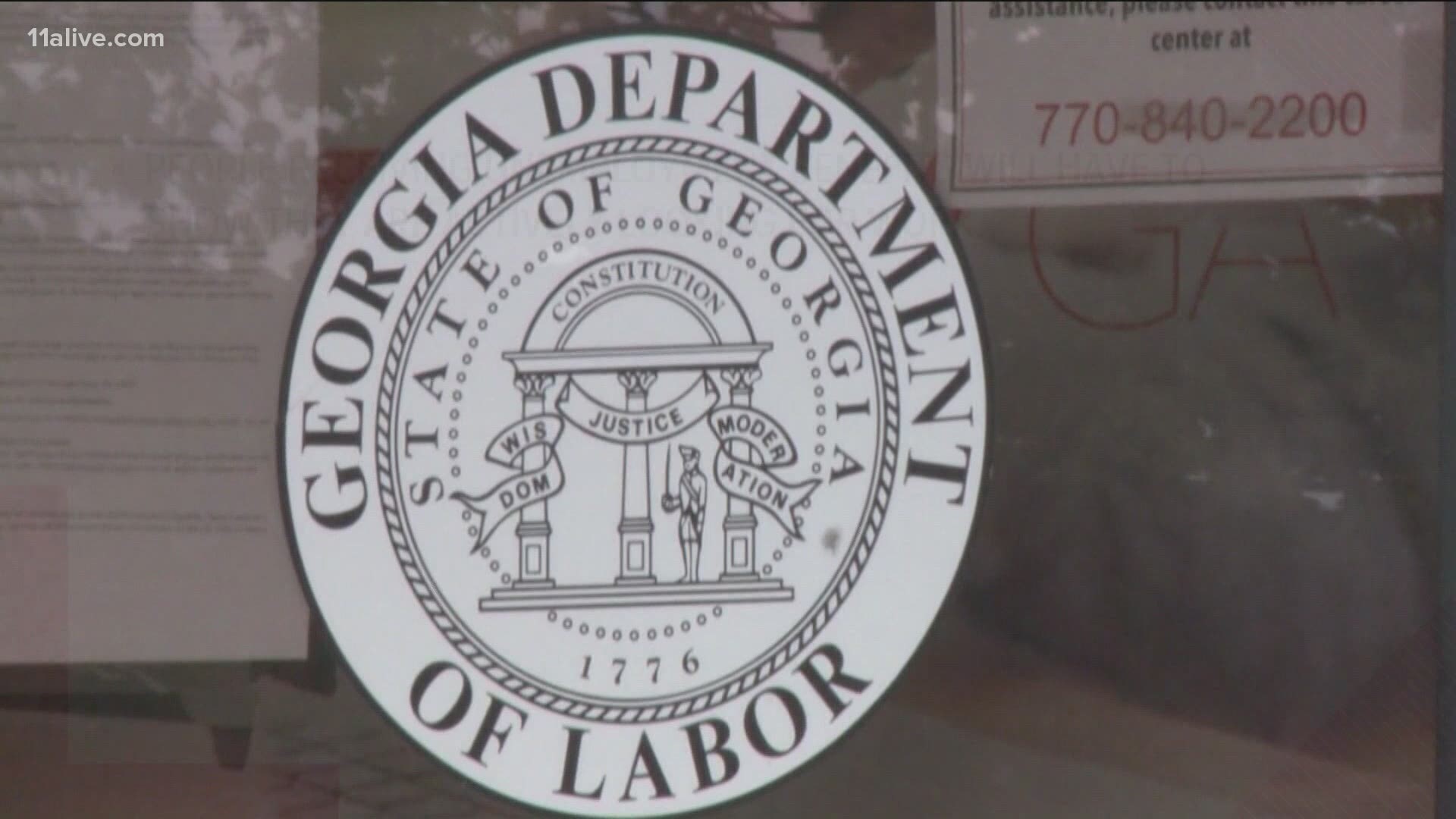 ATLANTA — Georgia will soon be reinstating pre-pandemic unemployment eligibility requirements that were suspended last year, the state Department of Labor announced on Thursday.

Among those will be the requirements that people claiming unemployment be actively seeking work, be able to work and be available for work.

The requirements become mandatory again on June 27, the DoL said in a release.

The department also said that employers are being asked to report job refusals for employees who refuse to report or return to work or refuse an offer of work.

The DoL outlined some additional requirements in the release:

"Individuals requesting unemployment benefits must register for employment services in their state of residence to avoid interruption, delay, or denial of benefits, if found to be eligible. Individuals who reside in the state of Georgia must register with EmployGeorgia, the state’s reemployment system, and include his/her social security number during registration. Individuals will be asked to create a searchable resume or upload a searchable resume to the site and submit three work search contacts for each week payments are requested," it said.

The DoL also said that a rule allowing small cash earnings up to $300 to not count against the unemployment a person receives will be reduced back to $150.

"This means reported earnings more than $150 will be deducted dollar for dollar from the weekly entitlement amount," the department said.

It comes as the state is ending participation in the federal unemployment supplement, which provided for an additional $300 per week to those on unemployment insurance.

They will again be receiving only up to the state maximum of $365 per week.

“States across the nation are reinstating work search mandates as emergency rules are lifted and businesses reopen to the public,” Georgia Labor Commissioner Mark Butler said in a statement. “We adjusted many of our regulations during the pandemic to make receiving benefits easier during the crisis and now those modifications are no longer necessary.”