Would you want to live in the City of Amazon, Ga?

One of Georgia's newest cities wants to lure Amazon and is willing to give up a big chunk of their city to make it happen. 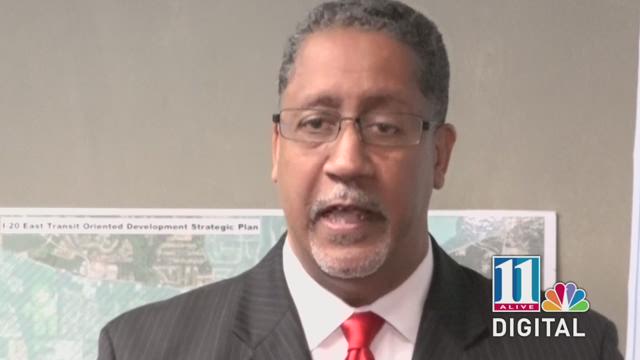 The City Council of Stonecrest has put in a bid to Amazon to sway the online retail company to build their second headquarters in Georgia.

RELATED | Atlanta could be in consideration for Amazon's new $5B headquarters

Stonecrest plans to offer up to 345 acres of "developable" green space off of Coffee Road and Lithonia Industrial Boulevard and if they are chosen, plans to create a new city named Amazon, Ga. according to a press release.

The newly-incorporated city of Stonecrest will ask the DeKalb County legislative delegation in 2018 to create the new city within a portion of its own city limits.

On Monday, the city council adopted a resolution supporting the concept to de-annex a portion of its city limits as an incentive for the Seattle-based company to relocate to metro Atlanta. The proposal is the most unique incentive ever offered to a company to relocate its headquarters by a local government, said Stonecrest Mayor Jason Lary. It would give Amazon immense power to market its second headquarters, called HQ2, for 50,000 employees.

"There are several major U.S. cities that want Amazon, but none have the branding opportunity we are now offering this visionary company," said Lary. "How could you not want your 21st Century headquarters to be located in a city named Amazon?"

Amazon officials have said they are shopping throughout the United States for a site of about 175 acres that is near an international airport, accessible to public transit, has a business friendly environment and a high quality of living. The Amazon jobs are expected to pay an average salary of $100,000.

"We have all of those qualities as well with MARTA rail planned to our community, interstate improvements under way and a highly-educated work force eager to see the company locate here," Lary said.

Stonecrest's economic development officials said any additional acreage could be used for mixed use development and the city of Amazon might include surrounding neighborhoods. If Amazon became its own city, it would likely enter an intergovernmental agreement with Stonecrest to provide city services.

In order for the City of Amazon to be created, the DeKalb legislative delegation will be asked to propose the de-annexation of a portion of Stonecrest during the 2018 or 2019 session of the General Assembly.

Bids for Amazon's new headquarters are due by October 19. They had pledged to create 50,000 jobs over a span of 10-15 years and more than $5 billion in construction.

Atlanta is also reportedly in the running to be the new home of HQ2, the Atlanta Business Chronicle reports.