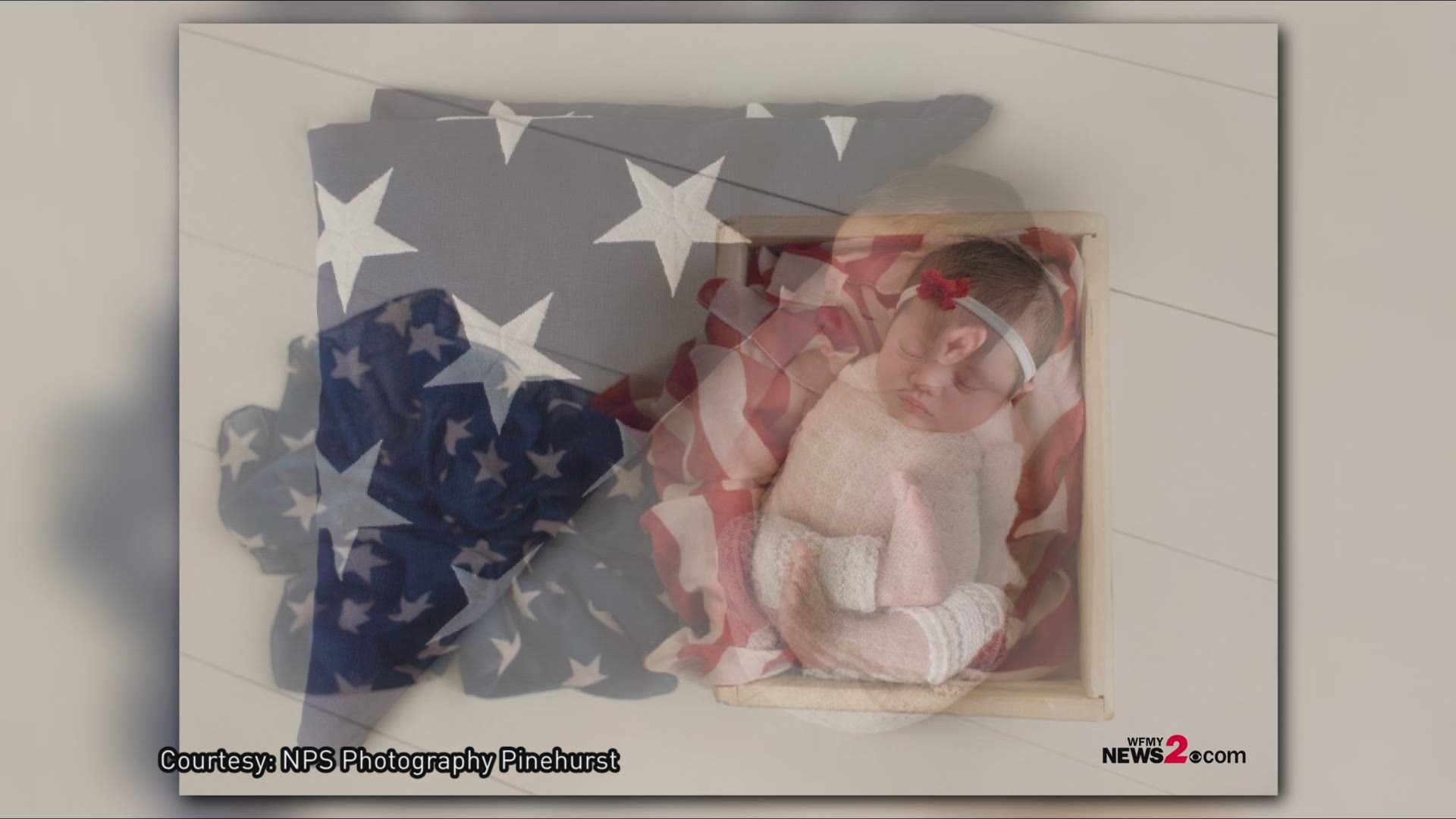 FORT BRAGG, N.C. — She is all things pink bows, curly hair, and giggles!

1-year-old, Christian Michelle Harris doesn’t yet fully know the sacrifice her father, U.S. Army Spc. Christopher "Chris" Harris made fighting for her freedom. But that doesn’t stop her from holding proudly, the American flag at her father’s graveside.

The little one is learning something every day about her hero dad thanks to her loving mother, Brittany "Britt" Harris who was just six weeks pregnant when she found out she would never see her husband again.

On Memorial Day, the 1-year-old with her mother, grandmother and grandfather stood next to her father’s grave.

Credit: Britt Harris
1-year-old, Christian Harris remembers her father on Memorial Day along with her grandmother and mother.

They remembered the sacrifice the Fort Bragg soldier made on August 2, when he was killed by a suicide bomber in Afghanistan. But instead of mourning, they celebrated his life.

Britt wrote on her Facebook page, “With each ceremony, every speech, and each name carved in stone, may we take a moment to recognize the true meaning in this holiday. Do not mourn those that have given such a sacrifice, instead praise and celebrate them for being the heroes that made our lives better. Applaud their dedication to something bigger than themselves. And if you knew Chris Harris, have a drink for him today.”

Britt said from the very beginning her husband left her with a “little miracle.”

Christian is walking and talking these days. She loves to say, “Mama.” But she also looks very much like her daddy.

1 / 23
Britt Harris
1-year-old Christian Harris pictured with grandmother and her mother at her father's graveside.

Britt who writes a blog called, “From Widow to Warrior” wrote about her daughter saying, “Soft curls that frame your perfect face. Silky, Carmel skin. And those eyes. Oh, those eyes. I’m sure you borrowed them from someone we know. So blue I could see the depths of the sea when you blink.”

When Christian was a baby, Britt shared photos of her daughter wrapped in her father’s army uniform, next to his boots, and with his folded American flag.

And it was a group of fellow Fort Bragg soldier's who also revealed Christian's gender during a special reveal party after Harris died while Britt was pregnant. 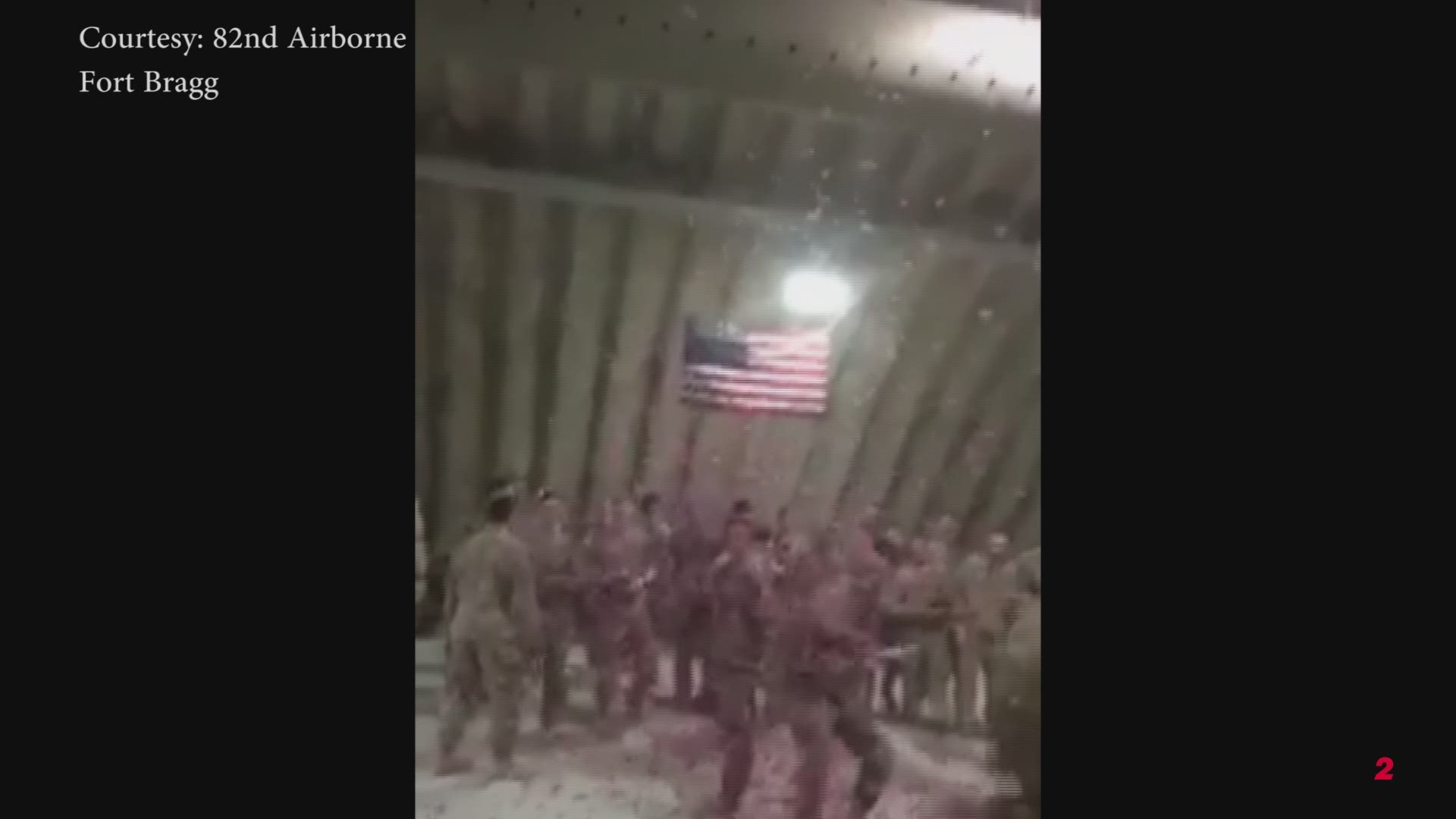 One thing is for sure, Christian will grow up knowing about her father’s legacy, being fully loved, while coming into this world of her own and doing great things in the future. Here’s to daddy and mommy’s precious little patriotic girl!