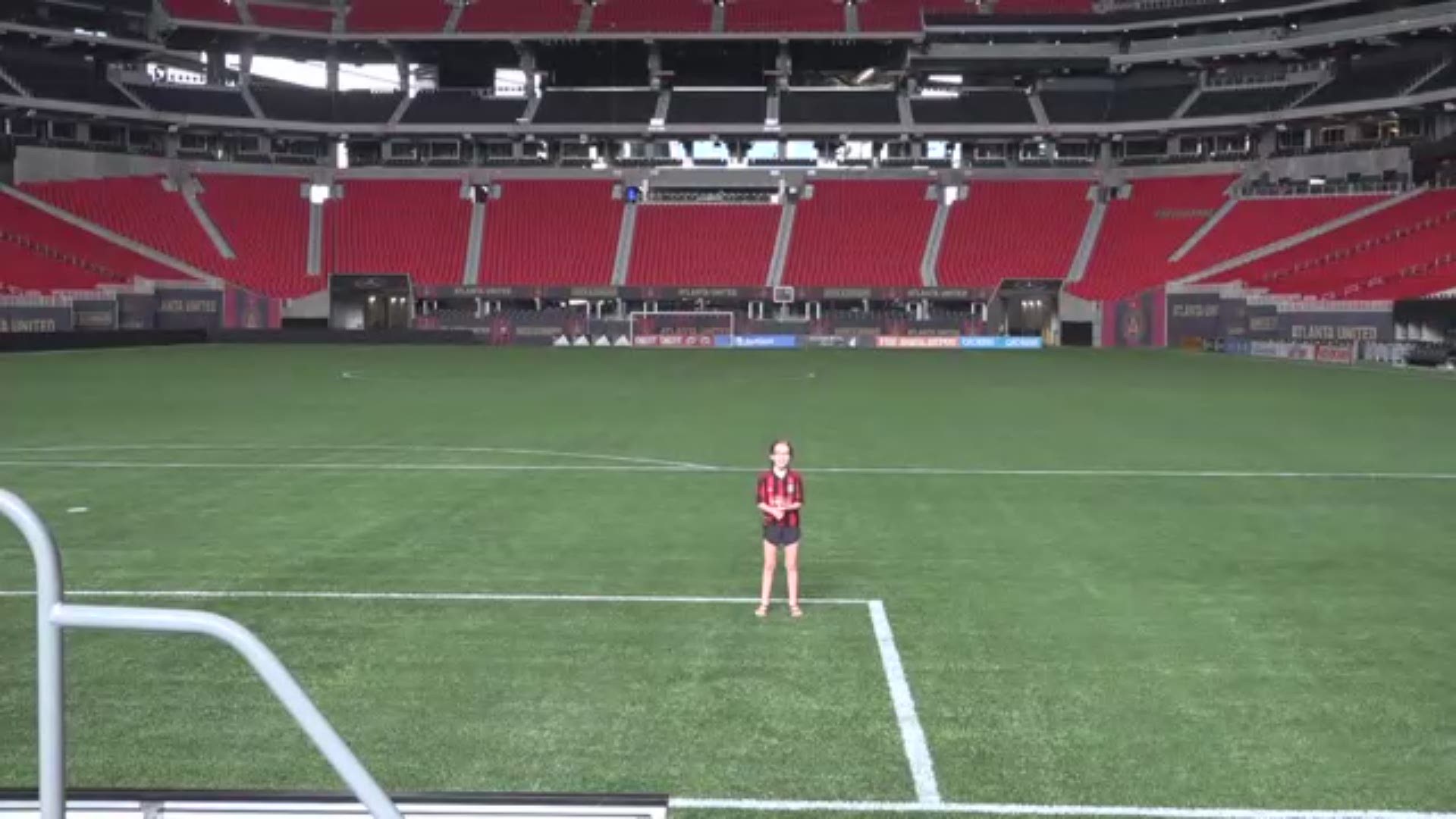 ATLANTA — It's a song you hear generally at most sports games, but when a 10-year-old sang the national anthem at an Atlanta United game, it was a moment to remember.

Alice Parker loves swimming, soccer, and playing with friends. But her talent for singing is one that can't be overlooked. She started singing at just 4 years old.

And at her young age, she's already captivating crowds. Alice sang the Star Spangled Banner for Atlanta United fans at the game on Sunday against the New York Red Bulls.

“It was really nerve wracking," she said.“There are a lot of people in there.”

Even with feeling anxious, she nailed the performance.

“I decided to look across the stadium and look at the signs," she said. “My friends told me to look at the Pringles sign.”

Her booming voice stunned the crowed.

Now she's thinking about the future.

1 / 4
Parker Family
Alice Parker, 10, sang the national anthem to a crowd of 68,077 people in Mercedes Benz Stadium on July 7th. Fans have been raving about her voice all over social media ever since.