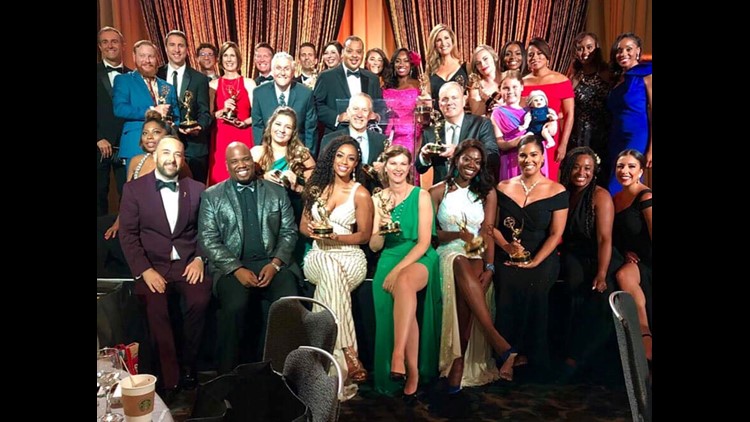 Photo by: WXIA
The 11Alive team at the 45th Annual Southeast EMMY Awards on June 15 in Atlanta.

The Regional Southeast EMMY Chapter is one of 19 chapters throughout the United States identifying and celebrating television excellence at the local and regional level of The National Academy of Television Arts & Sciences. The awards recognize outstanding achievement by individuals and programs broadcast throughout the 2018 calendar year.

11Alive was nominated for 72 EMMY Awards and took home top honors for Best Morning Newscast in the Southeast, Team Coverage, On-Camera Talent – Anchor, and more. A full list of 2019 Southeast EMMY Award winners can be found at southeastemmy.com.