Why has it been four decades since the Georgia Bulldogs last won a national championship?

Jimmy Carter was president when the Bulldogs last finished a football season at the top of the heap. 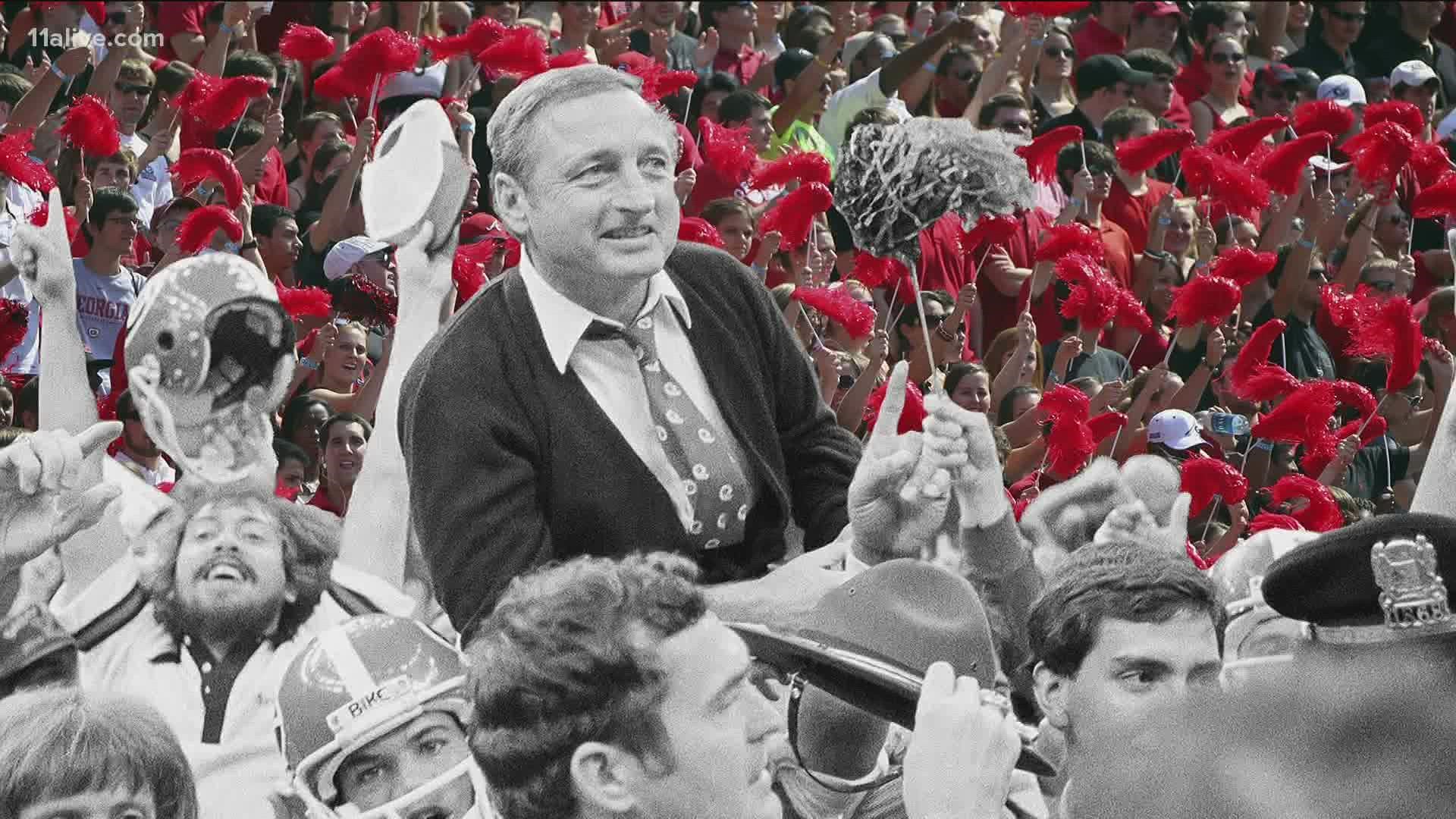 ATLANTA — A victory Saturday night over the Clemson Tigers could propel the Georgia Bulldogs toward their first college football national title in four decades.

For fans of the Georgia Bulldogs, 1980 was a magical year. Led by running back Herschel Walker, the Dawgs ended the season by beating Notre Dame in the Sugar Bowl to claim a national title.

While Georgia has had plenty of talent and good coaching over the years, the team’s championship drought began when Jimmy Carter was president. Twenty different teams have won national championships since the Bulldogs last won it all.

“Georgia fans are rightfully saying, ‘Hey, why not us? Why not us?'” said SEC Network analyst Tony Barnhart, known far and wide as Mr. College Football.

Barnhart points to recent seasons when Georgia was on the verge of winning it all, but didn’t get the breaks.

“The stars have to line up right,” said Barnhart. “There’s not some magical formula, but there is an element of luck involved and Georgia has not had that luck.”

The 2017 season ended with Georgia in the national championship game against an Alabama team that has become the Bulldogs' biggest obstacle.

If not for Alabama and legendary coach Nick Saban, Georgia may have added a couple of titles by now. Since 1980, the Bulldogs have had to face the likes of Saban and his seven national titles, as well as Florida’s Steve Spurrier, also considered one of the best coaches of all time.

“There’s historical luck and historical timing, and the timing has not been on Georgia’s side,” said Barnhart.

But Barnhart said Georgia is on the right track.

“As long as you’re recruiting at a high level, you’re going to win your national championship,” he said. “You just have to be in that position enough times.”

Georgia Tech, by the way, waited 38 years between their 1952 national championships and the title the Yellow Jacket’s won in 1990, 31 years ago.