224 pounds of marijuana, thousands of dollars recovered in drug bust at Atlanta airport

The suspected drug traffickers arrived in Atlanta from Las Vegas, according to police. 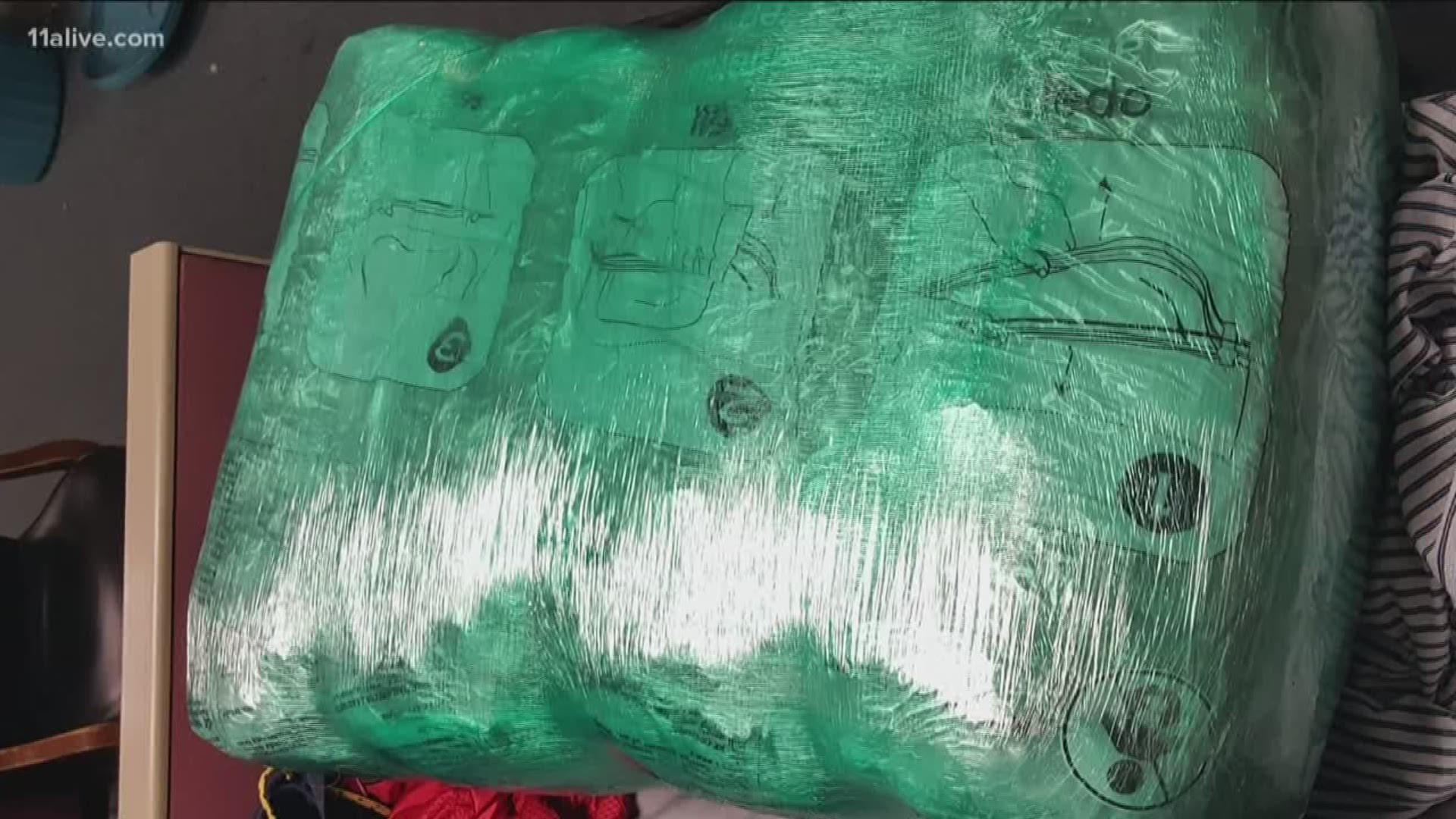 ATLANTA — Four men were arrested for suspected drug trafficking at Hartsfield-Jackson International Airport on Thursday and officers recovered 224 pounds of marijuana from their luggage, according to Atlanta Police.

The department received a tip that suspected drug traffickers would be flying in to Atlanta from Las Vegas on Feb. 1. Once the flight landed in Atlanta, officers identified the suspects’ checked luggage and K9 police dogs alerted to drugs in all their bags.

The four men were detained after exiting the plane and gave police consent to search their luggage. Officers found 224 pounds of marijuana and nearly $8,000 in cash, according to Atlanta Police.

Chad Ellis, 23, Jemonta Kilgore, 24, Labrinsan Culpepper, 25, and Rakeem Bland, 24, have all been charged with trafficking marijuana and transferred to Clayton County Jail. Police said the investigation is ongoing and additional charges could follow.

1 / 9
Atlanta Police Department
224 pounds of marijuana were recovered from a suspected drug trafficking operation moving through Hartsfield-Jackson International Airport. Four men were arrested after exiting their plane, which departed from Las Vegas.

What is CBD oil? Does it work?