They're about police reports, taxes and census counts. 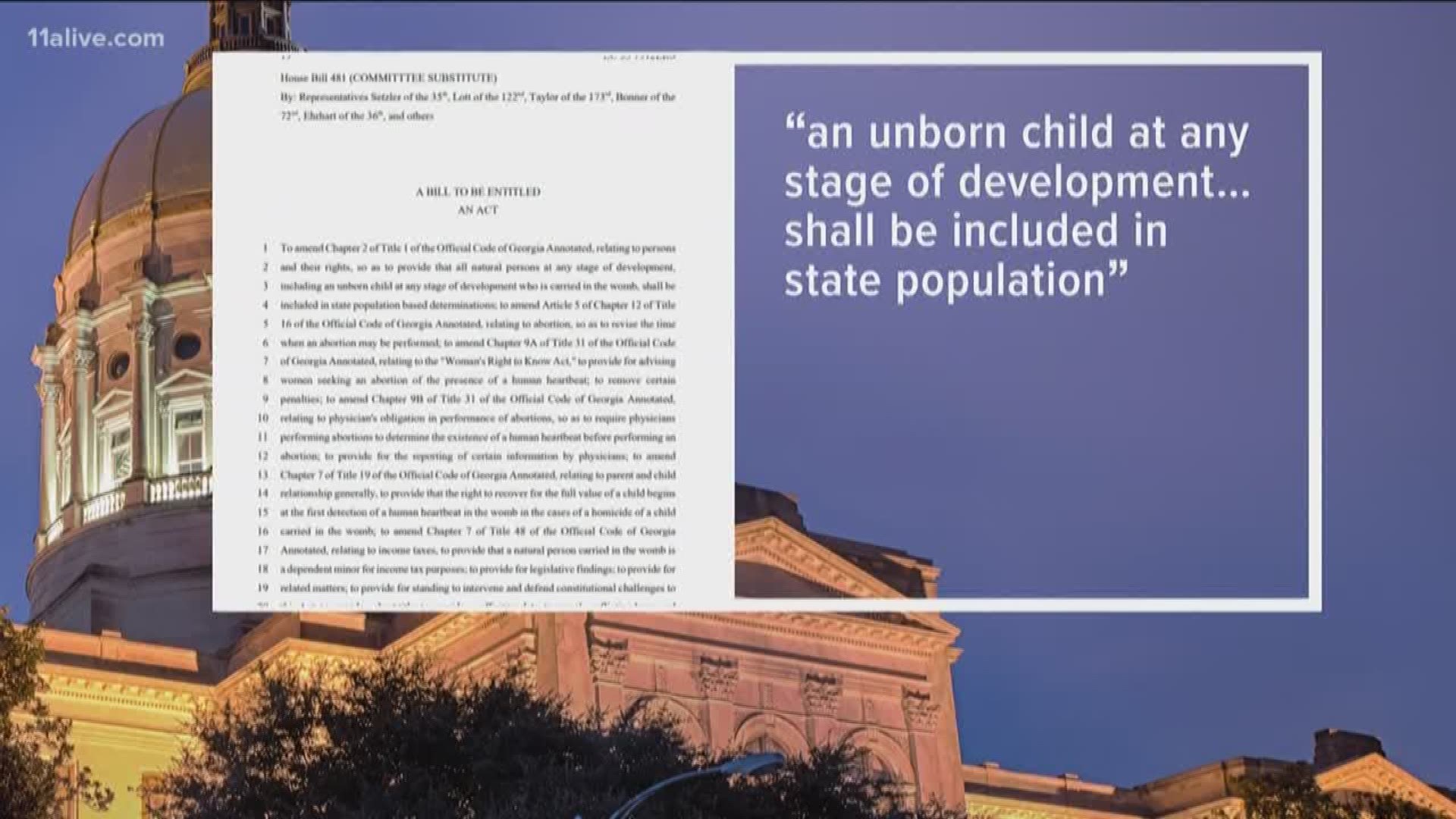 The essence of the bill is this: Abortion is currently legal through twenty weeks gestation.  This bill would dial that back to six weeks, when backers say a fetal heartbeat can be detected.

"As we follow science and we follow practicality, I think we recognize that we do well to support the heartbeat as the threshold" for life, state Rep. Ed Setzler (R-Acworth) told the Senate Science and Technology Committee Monday before the committee approved HB 481.

The heartbeat bill has some other details that would make some additional not-so-subtle changes in state law. Here are three of them:

1. The bill says “an unborn child at any stage of development… shall be included in state population.”

State Sen. Jen Jordan is a critic of the heartbeat bill – and says it legally makes a person of any newly fertilized egg discovered during a home pregnancy test.

"The 'pee on the stick' bill. That’s basically what it is," Jordan told 11Alive News. "Really, the definition of unborn child includes a fertilized egg."

2. The bill says “an unborn child at any stage of development … shall qualify as a dependent minor” under the federal tax code.  That means a possible tax deduction for newly pregnant parents.

"It does help expecting families with the cost of preparing to bring a bouncing baby into the nursery," Setzler said Monday.

The bill also says that a woman can still legally have an abortion up to 20 weeks gestation if conception is the result of incest or rape.

3. The bill requires the pregnant woman to file “an official police report… alleging the offense of rape or incest” in order to legally have the later-term abortion.

She believes women desperate for a later-term abortion would falsify police reports to get them.

The sponsor of the heartbeat bill says he had to include the rape or incest exception in order to get enough support to pass it.  The full Senate could vote on it Friday.

OTHER STORIES PEOPLE ARE READING