The injured students' conditions were not immediately known. 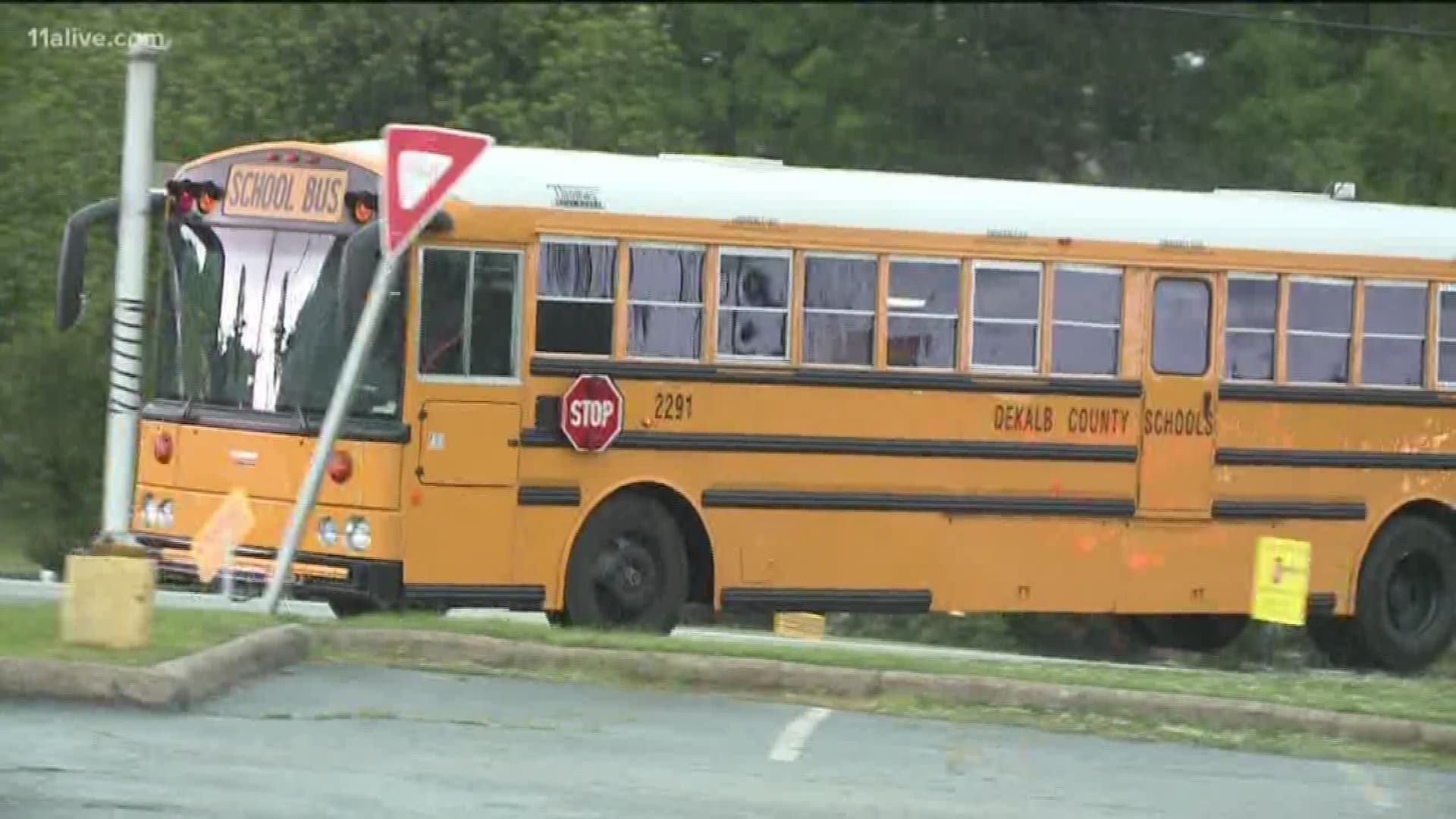 "The bus had stopped and evidently the truck was going too fast and he could not stop and he hit the back of the bus," DeKalb County Schools spokesperson Traci Jennings told 11Alive.

The injured students' conditions were not immediately known, but Jennings said one student hit her head on a window. Other injuries included head, back and neck injuries.

Several lanes were blocked on the interstate, but they were later cleared.

Authorities are now working to determine an exact cause of the crash, but officials say speed and weather conditions probably played a role.