"Henry County 911, what’s the location of your emergency?"
"There’s a tiger in the front yard." 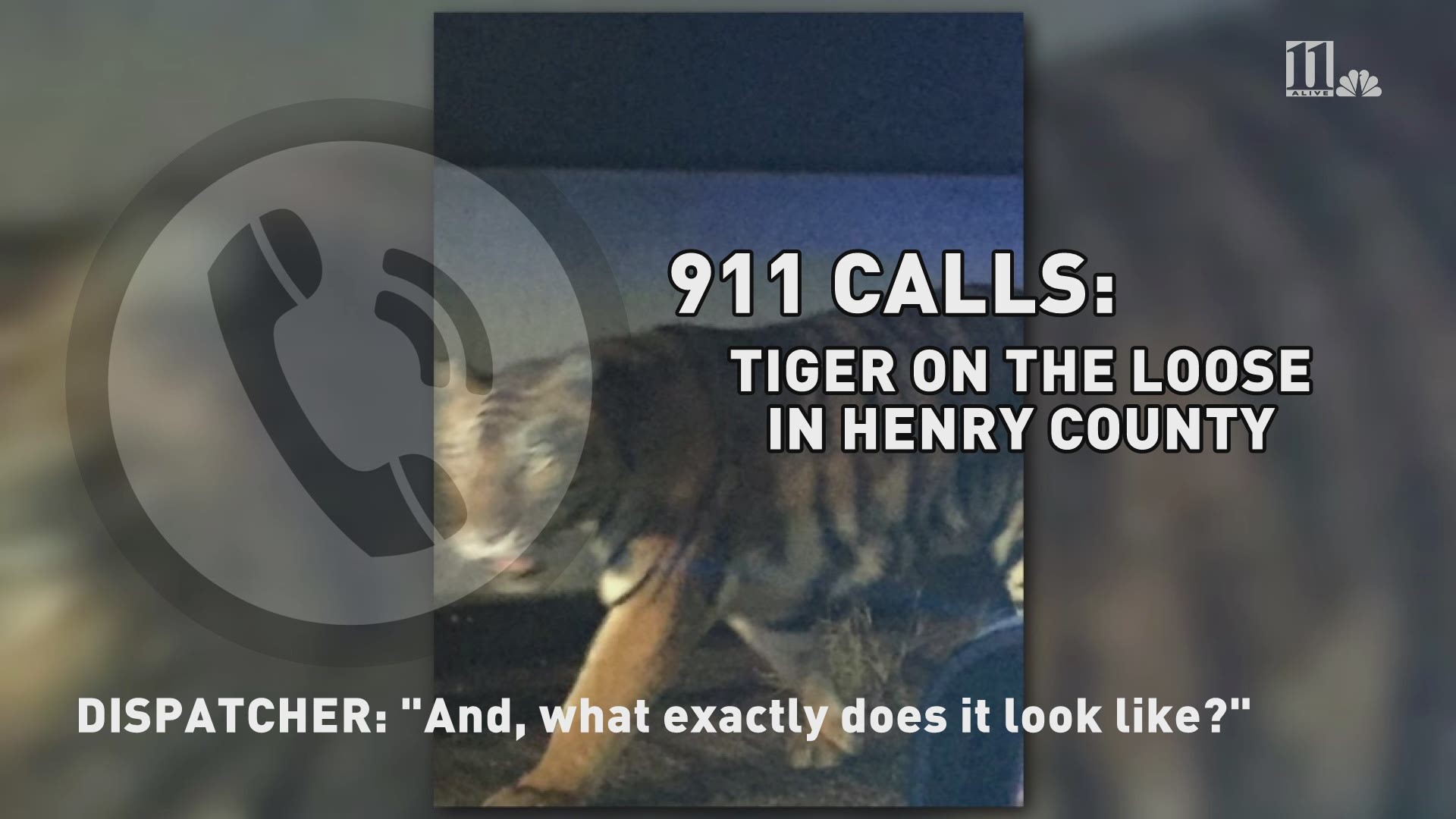 The first reports of a tiger on the loose on I-75 came into Henry Co. police around 6 a.m. Wednesday.

"I am sitting here at Jodeco Rd. coming off of the interstate, a caller tells 911 dispatchers. "There is a tiger walking down the exit, the ramp onto the interstate."

Several drivers detailed the tiger walking down the northbound ramp on I-75 off of Jodeco Rd.

"There is literally a tiger, walking down the ramp," another male caller said.

RELATED: Tiger on the loose in Henry Co. has been killed

For another Henry Co. resident, the big cat was much closer.

"Henry County 911, what’s the location of your emergency?"

"There’s a tiger in the front yard."

"You said there’s a tiger in the front yard?"

"A full-sized tiger. I don’t know if it’s a tiger or a lion, but It’s a full-sized creature. And me and my brother both just saw it."

Police later shot and killed the tiger after a resident said it went to attack her dog.

Georgia Department of Natural Resources said that an official with Feld Entertainment, a company contracted to transport the tiger, saw news reports of the morning incident and contacted officials.

Feld Entertainment is a live show production company which owns a number of traveling shows, including the now-closed Ringling Bros and Barnum&Bailey Circus.

The company said the tiger's name was Suzy, and the 6-year-old animal was being transported from Sarasota, Florida to Tennessee where she was to be flown to Germany for a European circus.

They issued a statement to say: "We are continuing to work with the proper authorities while this case is being investigated. This is a sad day.”

Related: Where did the tiger shot on I-75 come from?