A coyote killed his puppy. Now, this metro Atlanta man wants to warn others

Suffering from guilt and loss, he wants to share his experience to keep another pet owner to see what he did. 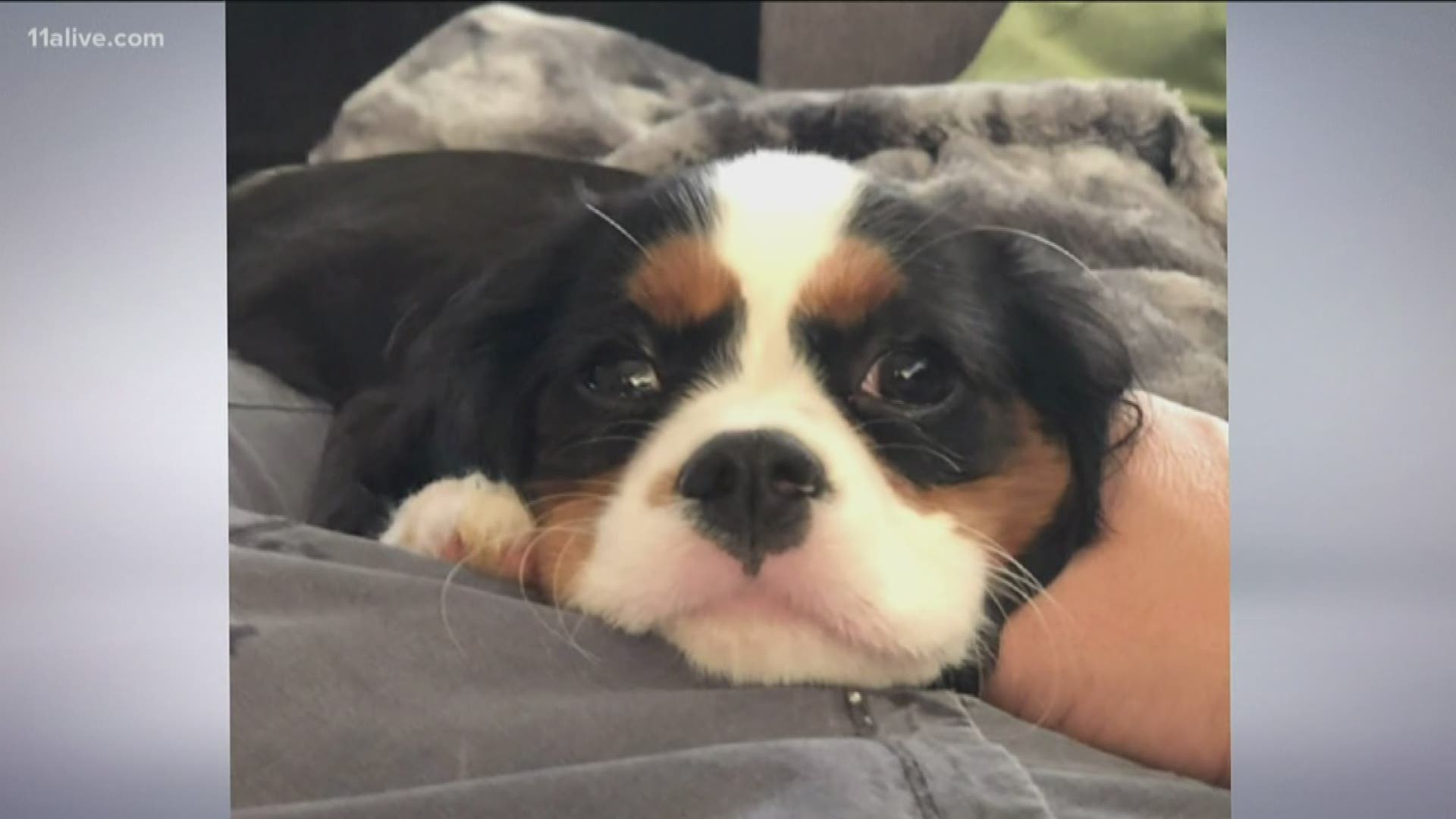 A dog owner is heartbroken after a coyote attacked and killed his beloved pet in a metro Atlanta park. Now, he's warning other dog owners.

Greg Jones lost his beautiful 8-month-old puppy Izzy on Thursday. They were on a walk at Chattahoochee National Recreation Area on dirt trail that runs along the river near Post Woods Drive SE. He said he took her to that area each day. But then, suddenly, the unthinkable played out right in front of him.

"Loss, anger, guilt - certainly blame myself," he said. "For the young and the innocent, you keep - you keep them close and keep them safe."

The coyote attacked swiftly and left little Izzy without a chance.

"This thing looked like some kind of wild beast - like a canine version of the predator and it came out of nowhere and it moved fast," Jones said.

Jones described what ended up being his last walk with the King Charles Spaniel. They were along a dirt path tucked away in the woods around 5:30 p.m. when a coyote came out of nowhere.

"She got attacked and her spinal cord severed and she was left paralyzed by the time I got the coyote off of her," Jones said.

Izzy died not long after that. Now, two days later and at the same park, many were out with their dogs. They were shocked to hear what had happened to the little puppy.

"That's really scary actually - about a coyote would come down and attack and kill it that's awful but definitely coming during the day - not the night," Leslie Chapman said.

Dog owners should be aware that coyotes aren't that uncommon - even inside the perimeter - according to Jason Chapman. He owns a predator control service in the Atlanta area. His biggest advice is to keep dogs on leashes. Izzy wasn't on one when the attack happened.

"My advice to other pet owners is to not let them run on a long leash like I did," Jones said. "To keep them on a leash."

Other tips include avoiding wooded areas or walking pets at sunrise or sunset. Jones hopes his tragedy helps other pet owners.

"Beautiful puppy just coming into her own," he said. "We had just bonded."